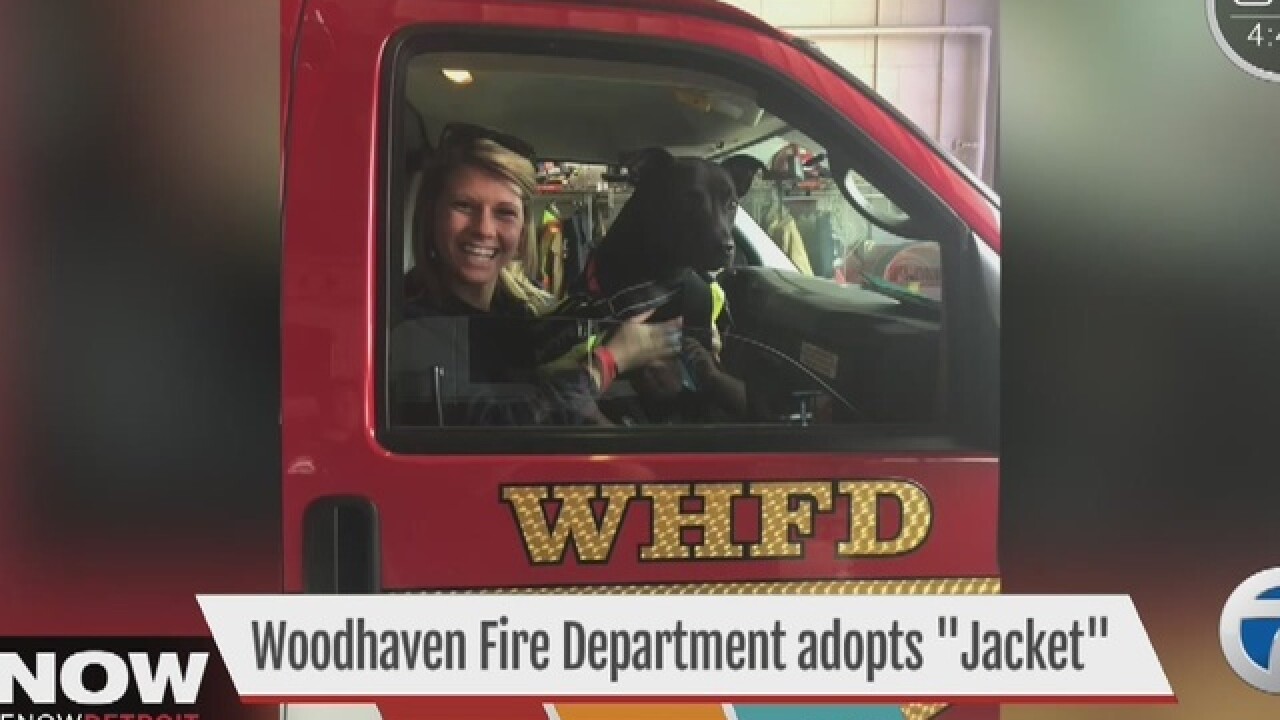 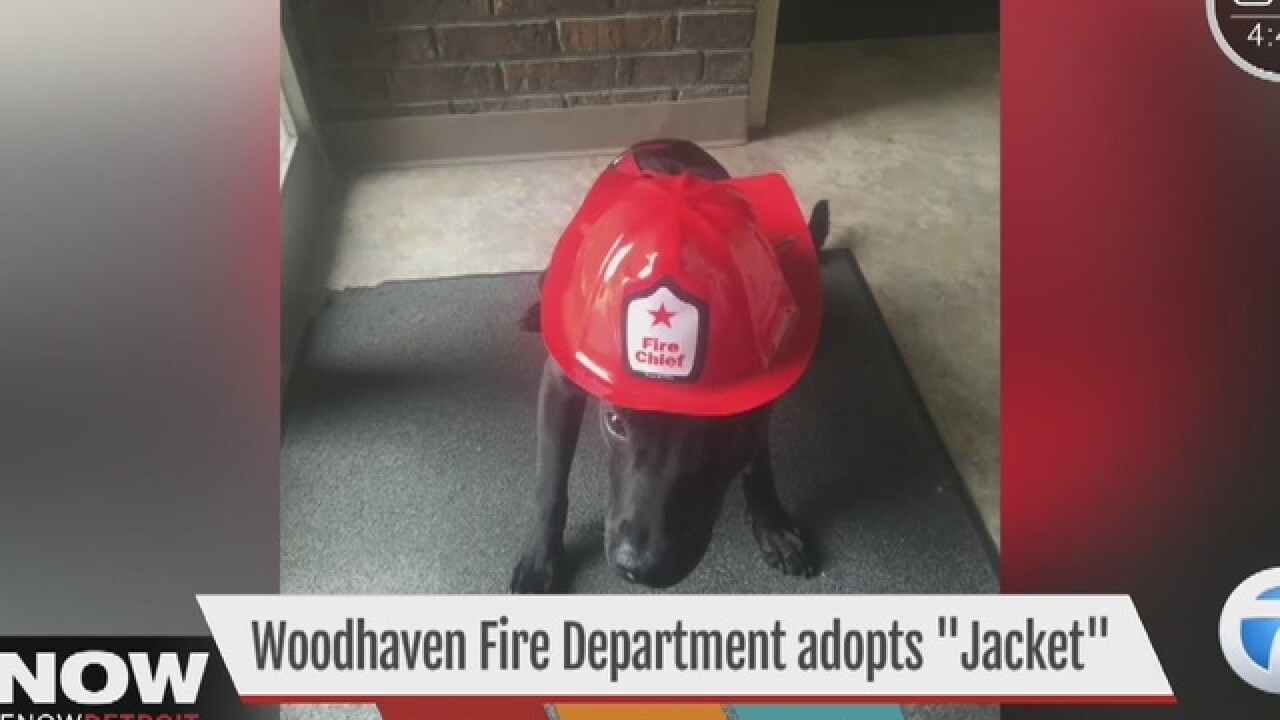 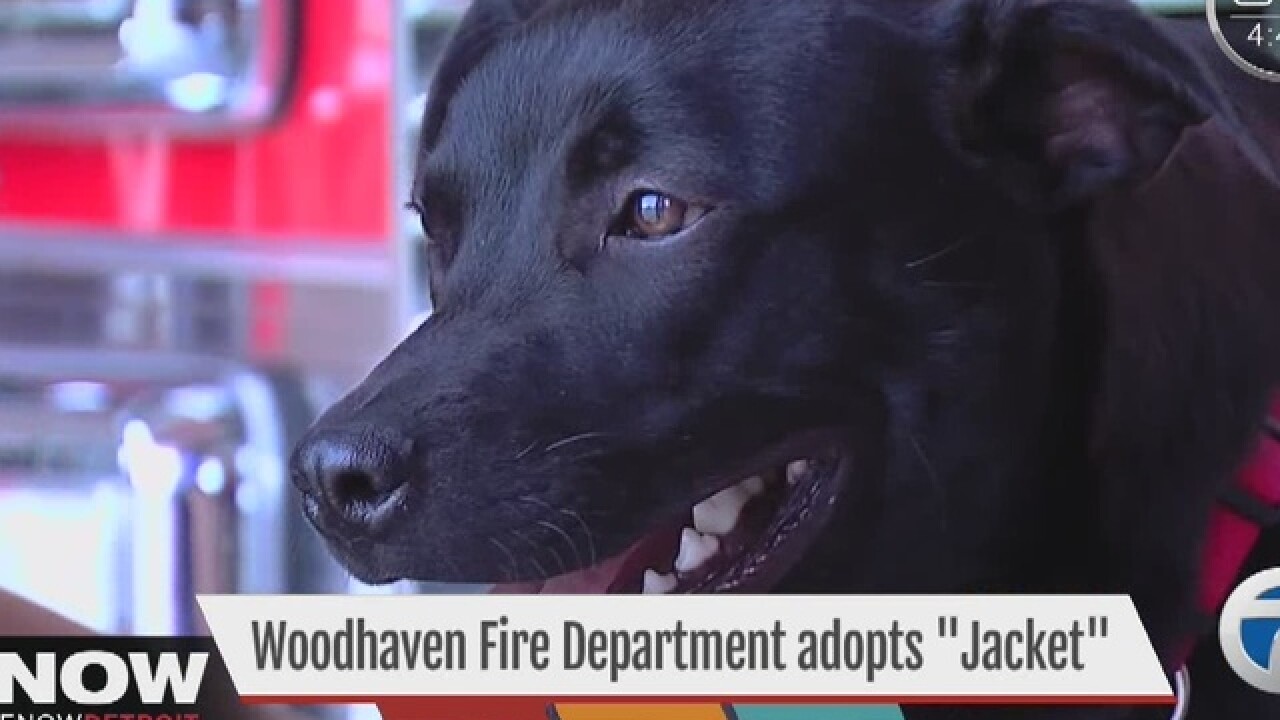 When you think of a firehouse mascot, Dalmatians come to mind! One fire station Downriver adopted a Lab-Shepard mix named Jacket from a local shelter.

It is a happy "tail" about a stray from Detroit. Jacket was found wandering on the streets.

He went from being homeless to moving into the Woodhaven Firehouse. Woodhaven Firefighter Joshua Gray said, "Very lovable dog, he comes around and wants your affection and he really brightens up the department."

Why would a fire department adopt a dog?

It all started when a a fire broke out at an apartment building in November. Firefighters tried rescuing two dogs but were unable to save them. Woodhaven Firefighter Chelsey Mousouleas said, "It took a toll on us."

In the wake of the fire, the department got ten pet oxygen masks and went to a nearby shelter for practice.

"Jacket here was the dog that we tried it on," Mousouleas explained. "We kind of fell in love with Jacket and I don't know how, but I said something like, 'he would be great for us.'"

Jacket now lives in the firehouse but has many jobs. "He is like our therapy dog, he is our action mask dog, he is part of our family now," Mousouleas said.

Jacket has his own locker and was fitted for a firefighter jacket and helmet. Jacket will also act as an ambassador to the community. He already won the hearts of many children.

"Connecting with the community and reaching out to kids about fire prevention and safety," Mousouleas added. "You come back for a bad call and you see that wagging butt and tail come through the door it's just nice to have him here."