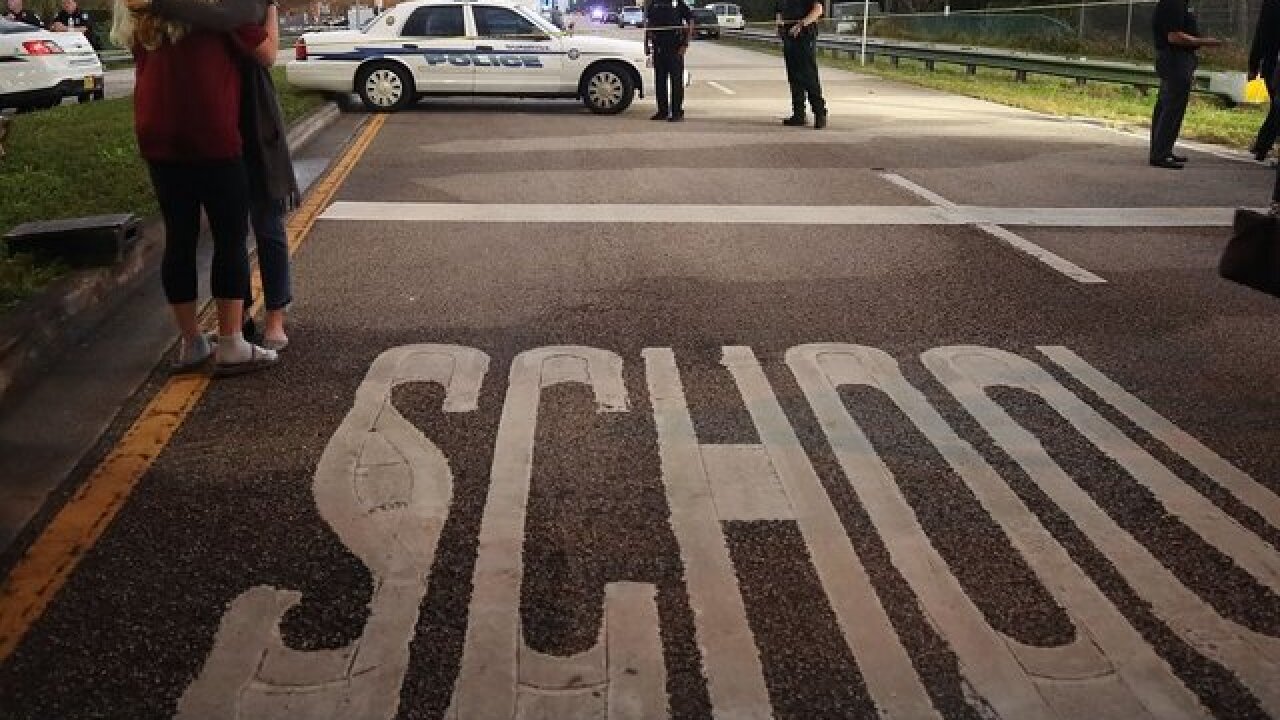 Security companies spent years pushing schools to buy more products — from "ballistic attack-resistant" doors to smoke cannons that spew haze from ceilings to confuse a shooter. But sales were slow, and industry's campaign to free up taxpayer money for upgrades had stalled.

That changed last February, when a former student shot and killed 17 people at a Florida high school. Publicly, the rampage reignited the U.S. gun-control debate. Privately, it propelled industry efforts to sell school fortification as the answer to the mass killing of American kids.

Since that attack, security firms and nonprofit groups linked to the industry have persuaded lawmakers to elevate the often-costly "hardening" of schools over other measures that researchers and educators say are proven to reduce violence, an Associated Press investigation shows.

The industry helped Congress draft a law that committed $350 million to equipment and other school security over the next decade. Nearly 20 states have come up with another $450 million.

Most everyone agrees that schools can be more secure with layers of protection, such as perimeter fencing, limited entrances and classroom hiding spaces.

But there's no independent research supporting claims that much of the high-tech hardware and gadgets schools are buying will save lives, according to two 2016 reports prepared for the U.S. Justice Department.

There also are no widely accepted standards for school building security, as there are for plumbing and fire protection systems. That has not stopped industry representatives from rushing in, as they did in past high-profile shootings, some stoking fears that "soft target" schools could suffer terrorist attacks or negligence lawsuits.

"School safety is the wild, wild West," said Mason Wooldridge, a security consultant who helps school districts assess vulnerabilities. "Any company can claim anything they want."

Several years ago, Wooldridge helped his step-father's firm, NetTalon Security Systems, install a $500,000 system that included smoke cannons at an Indiana school. Wooldridge then helped get state legislation that prioritized hardening. Now self-employed, Wooldridge says the school, marketed as the "Safest School in America," could've been made just as safe for $100,000.

His step-father, Donald R. Jones Jr., told AP that he makes less by selling an entire system than he could individual products. Jones thinks that's the right approach to prevent massacres.

As horrific as they are, shooting rampages in America's 122,000 public and private schools are uncommon, though more prevalent than elsewhere in the world.

An AP analysis of FBI statistics showed 35 active shootings at elementary, middle or high schools, resulting in the deaths of 61 students and staff members, from 2000 to 2017, the last year for available statistics. Two major shootings earlier this year — at Marjory Stoneman Douglas High in Parkland, Florida, and at Santa Fe High School in Santa Fe, Texas —left 27 dead.

"We've got to take the passion out of it," Evans said. "If we're going to spend a dollar, let's spend a smart dollar."

In 2010, Daniel lived through a school shooting at her Alabama district. As in many shootings, that gunman was a student — and students' familiarity with a campus can help them outsmart physical safeguards, experts say.

"There really needs to be a change in thinking that recognizes security is a primary need in schools," said Jake Parker, director of government relations for the Security Industry Association, which has been central to the hardening effort. Also, he acknowledged, "The more schools protect themselves, the better it is for industry."

Education security revenue in the U.S. was about $2.5 billion in 2017, approximately 60 percent generated by elementary and secondary schools, according to the research firm IHS Markit. IHS had projected anemic growth for several years but, after Parkland, revised its forecast to $3 billion by 2019.

Such industry "best practices" set a steep price for cash-strapped districts. According to one nonprofit group formed by a major door lock manufacturer, upgrading an elementary school with basic equipment costs at least $94,000 and a high school at least $170,000. If the nation's public schools followed those guidelines, the cost would total at least $11 billion, according to the industry calculations.

That nonprofit, the Secure Schools Alliance, doesn't advertise that it was created and funded by Allegion plc, a $2.4 billion publicly traded corporation that specializes in doors, locks and entry systems. The nonprofit's executive director, Robert Boyd, told AP he helped draft this year's federal funding legislation.

An Allegion executive who also serves as the nonprofit's board president, Maria Pia Tamburri, said Secure Schools was formed not because of Allegion's interests but because "it's the right thing to do" for safety.

Max Schachter is certain hardening would've saved his son, Alex, who was killed in Parkland. With one child still enrolled at Stoneman Douglas High School and a middle schooler on the way, Schachter has searched for ways to secure it and thinks he found the right model in Indiana's "Safest School."

"After 9/11, we hardened the cockpits and the airports," Schachter testified during a federal commission hearing. "The reasons these monsters are still attacking our schools is because they're extremely soft targets."