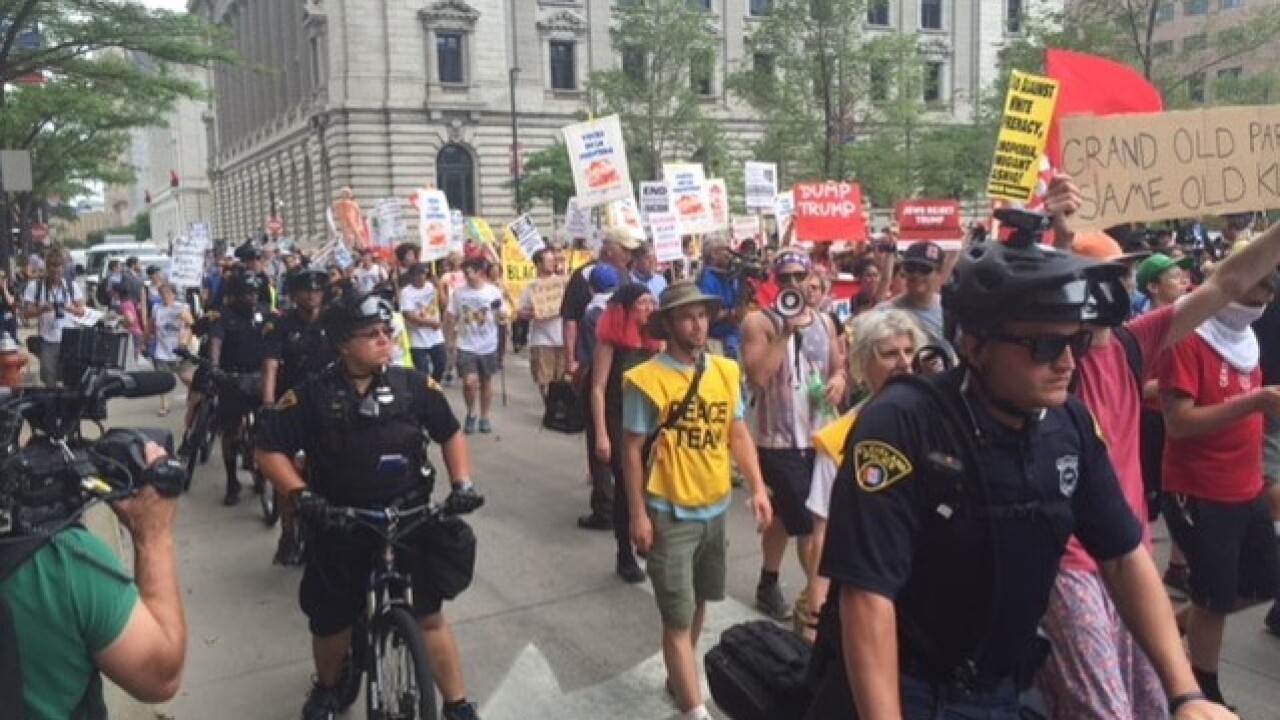 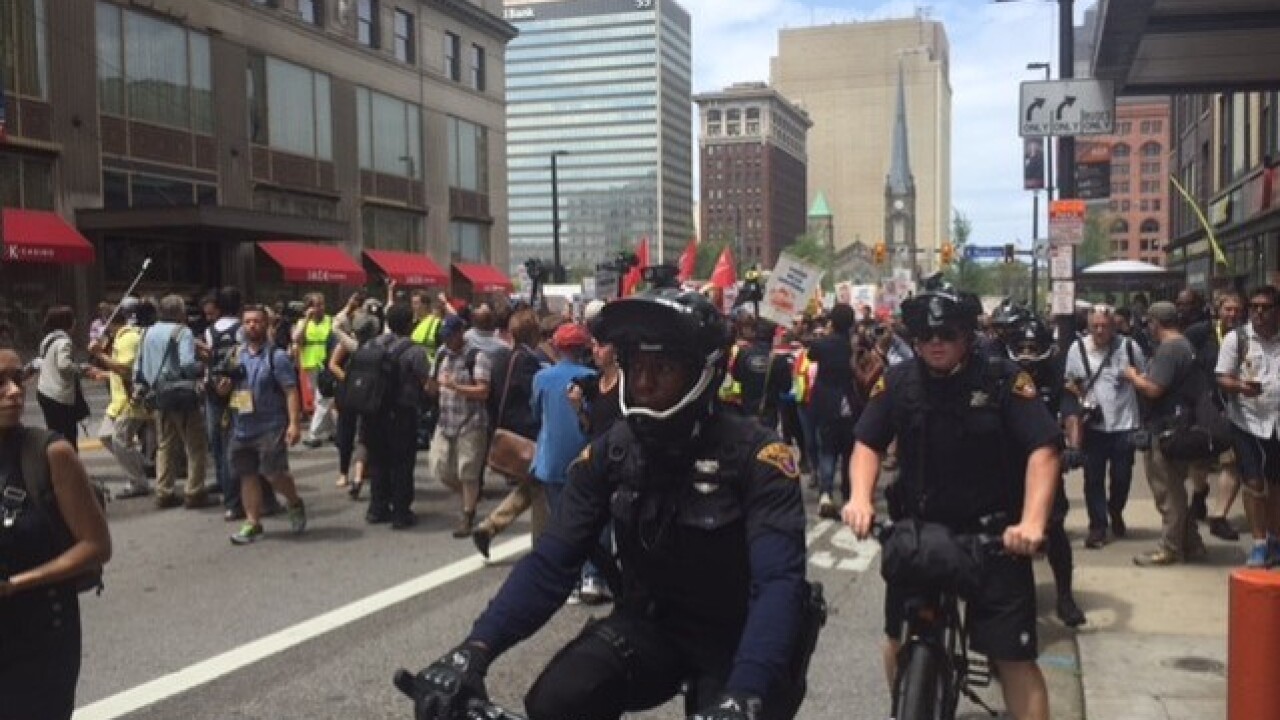 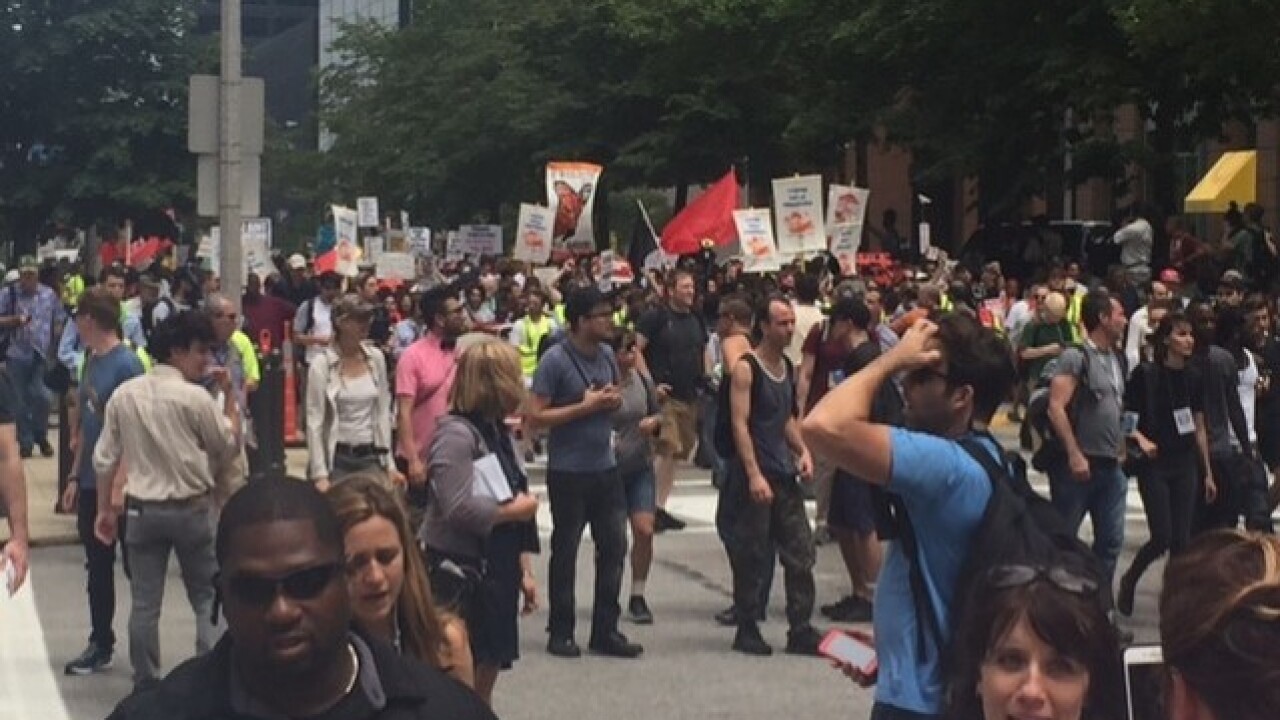 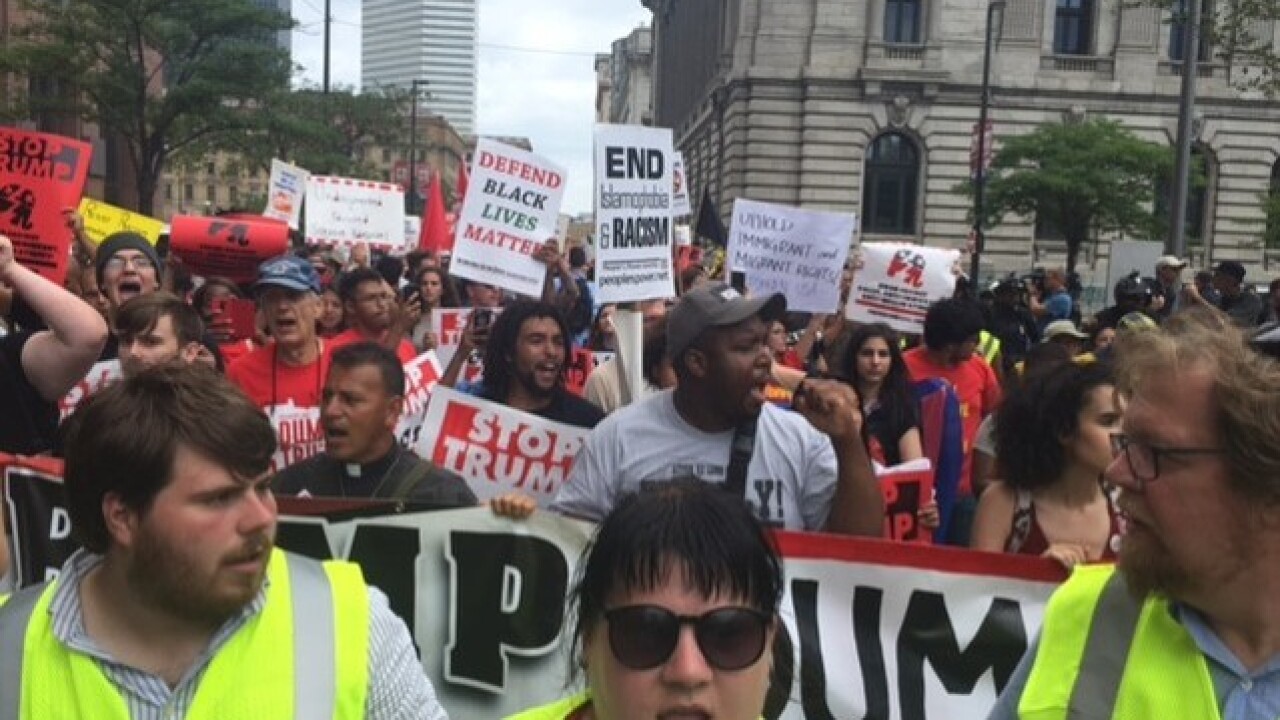 The first major rally against presumptive Republican presidential nominee Donald Trump has attracted several hundred people to a downtown Cleveland plaza about a half-mile from where his supporters are gathering.

Protesters on Monday chanted "Dump Trump now!" and held signs saying things like "No racism, no fascism, no Trump" as they started to march through the streets.

The dissenters included many upset with Trump's stances on immigration, including a plan to build a wall at the Mexican border, and his push to keep Muslim visitors from entering the U.S.

Demonstrators also used the event to protest what they called racist police practices — several held signs calling for disarming the police and at one point the crowd broke into a "Black lives matter!" chant.