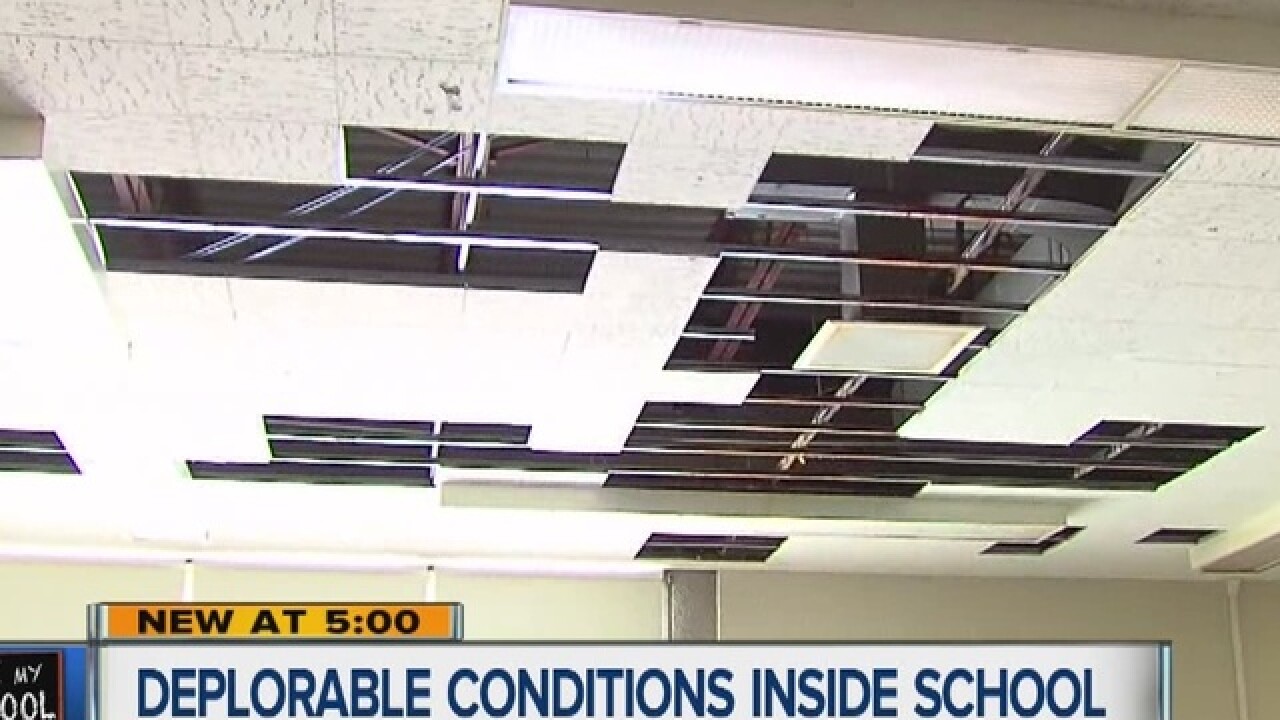 The mayor then met with inspectors to coordinate a plan to make sure numerous Detroit Public Schools buildings are safe for students.

“This is the worst the school has ever been, and as the leader of the building it breaks my heart,” said Ronald Alexander, Principal at the school.

He admits he is not supposed to talk to the media without district approval, but says it is worth the risk.

"I have been doing this job 40 years and can walk any day,” said Alexander. “I am doing the right thing because I am telling the truth.”

He spoke because he is frustrated with the district’s response to a WXYZ report on the leaking roof that destroyed the gym, sent ceiling tiles falling in classrooms, and left the building with a foul odor.

We were told by the district that there was no mold in the building, that all of the black material in the gym is adhesive.

“It smells like mold to us.  A lot of my staff members have gotten sick,” said Alexander.

He even has been prescribed an inhaler.

“I don’t have asthma.It is the air in this building impacting our lungs,” said the principal.

He says he has told the district this. His concerns have been ignored.

He says for twelve years he has asked for a new roof and new windows. His requests have been almost ignored. The district did have a crew put duct tape around some windows.

“They come out and look at it. Nothing is done,” said Alexander.

“I believe they are not maintaining it because the goal is to eventually sell it,” said Tawanna Simpson, a Detroit Public Schools Board Member.

As an elected school board member she has no power due to emergency management, but she follows school issues closely.

7 Action News reached out to the DMC.  It says while no purchase negotiations are underway,  it has interest in all nearby properties.

I contacted the district and asked if selling Spain was part of a plan. It responded saying only that it is working on short-term repairs, and long term repairs such as are needed to address the roof will take more time.

7 Action News will continue coverage of what inspectors find as they look through this school and others in the district.