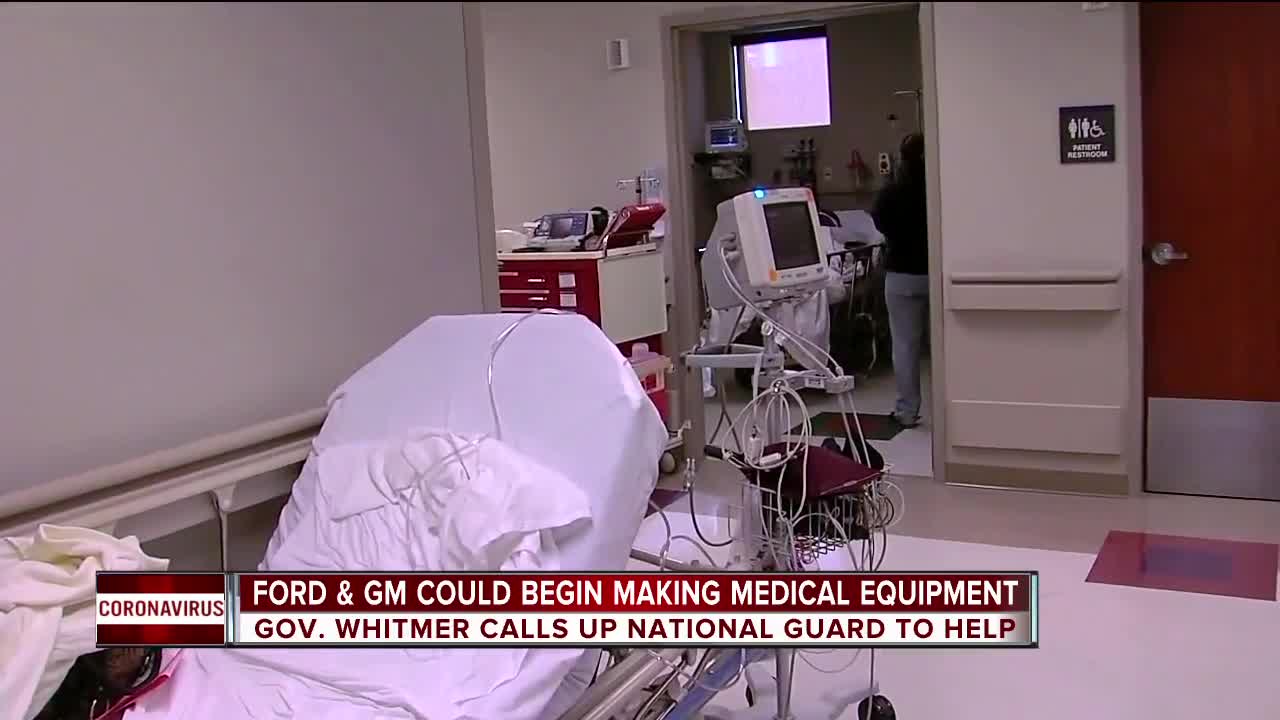 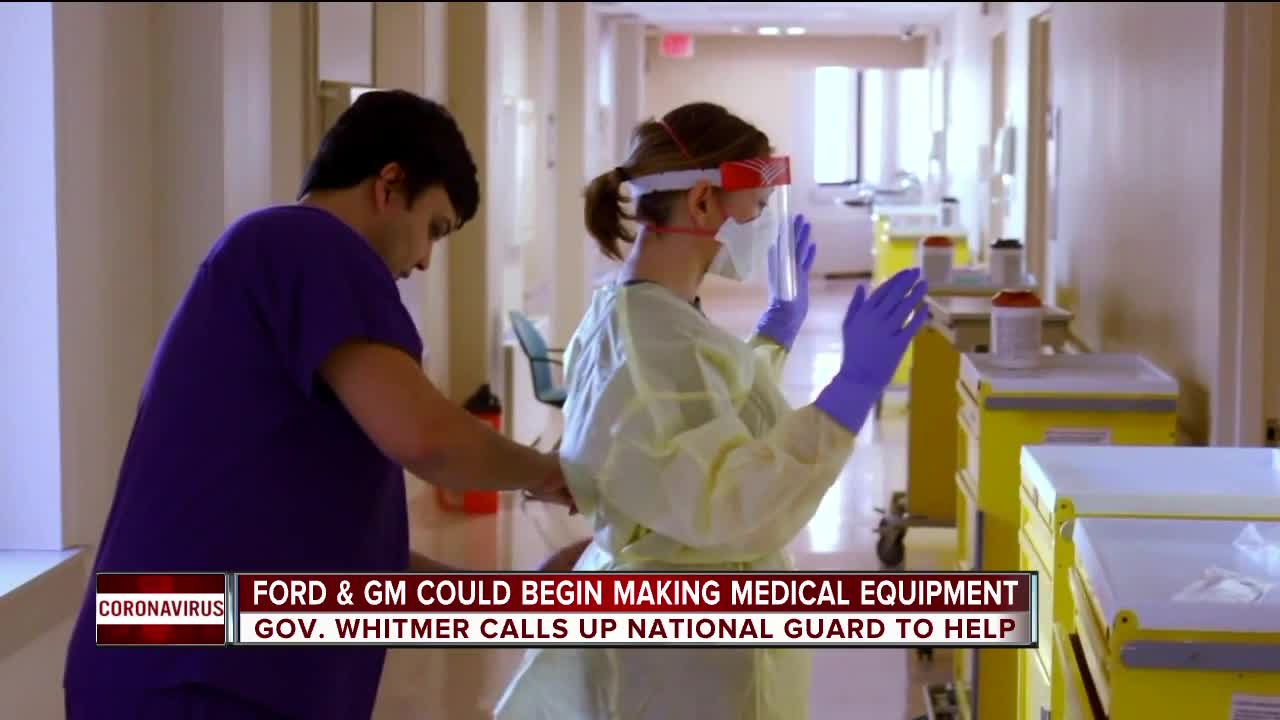 DEARBORN, Mich. (WXYZ) — As government agencies Michigan and around the country desperately work to slow the spread of this virus — supplies are running low.

Last night, Governor Whitmer called on the national guard to help. The president also announced the federal government will be relying on the private sector to meet demand.

Now, both Ford and GM are in talks with the White House about the possibility of producing vital medical equipment like ventilators, despite on Wednesday, the Big 3 making the decision to idle plants temporarily due to the safety of workers.

“I spoke to two of the three of the Big 3 carmakers today and they want to get going as soon as they can," said Larry Kudlow, a White House Economic Adviser.

General Motors and Ford could be stepping in to help — as the U.S. faces a shortage of ventilators that may be needed to stop the spread of COVID-19.

In a statement, Ford says in part:

“…Ford stands ready to help the administration in any way we can, including the possibility of producing ventilators and other equipment. We have had preliminary discussions with the U.S. Governments and are looking into the feasibility.”

“We'll be invoking the Defense Production Act just in case we need it," said President Trump during a press conference Wednesday.

The act allows the president to rely on private companies for national needs during a crisis — to boost supplies and resources.

The auto industry could play a vital role here -- @Ford and @GM reported to be in talks with the White House on possibly manufacturing ventilators in the future. See @Ford statement below @wxyzdetroit pic.twitter.com/XWSjLq9wjQ

A reliance on private business is also evident at the state level.

Governor Whitmer not only calling on the National Guard to help delivery supplies to those who need it, but also asking Michigan business to help provide essential goods.

"We're working with our private industry in Michigan to start to manufacture medical gowns and equipment, because we're not getting them from the Feds," said Gov. Whitmer.

Ventilators cost thousands of dollars per unit — and again, production at these plants has temporarily halted in wake of COVID-19.

So how long his process could take and what hurdles these auto giants may need to jump through is still unclear.

“Mary Barra was in contact with the Administration yesterday (Wednesday) to provide an update on the decision to suspend production. She also indicated GM is working to help find solutions for the nation during this difficult time and has offered to help, and we are already studying how we can potentially support production of medical equipment like ventilators.”