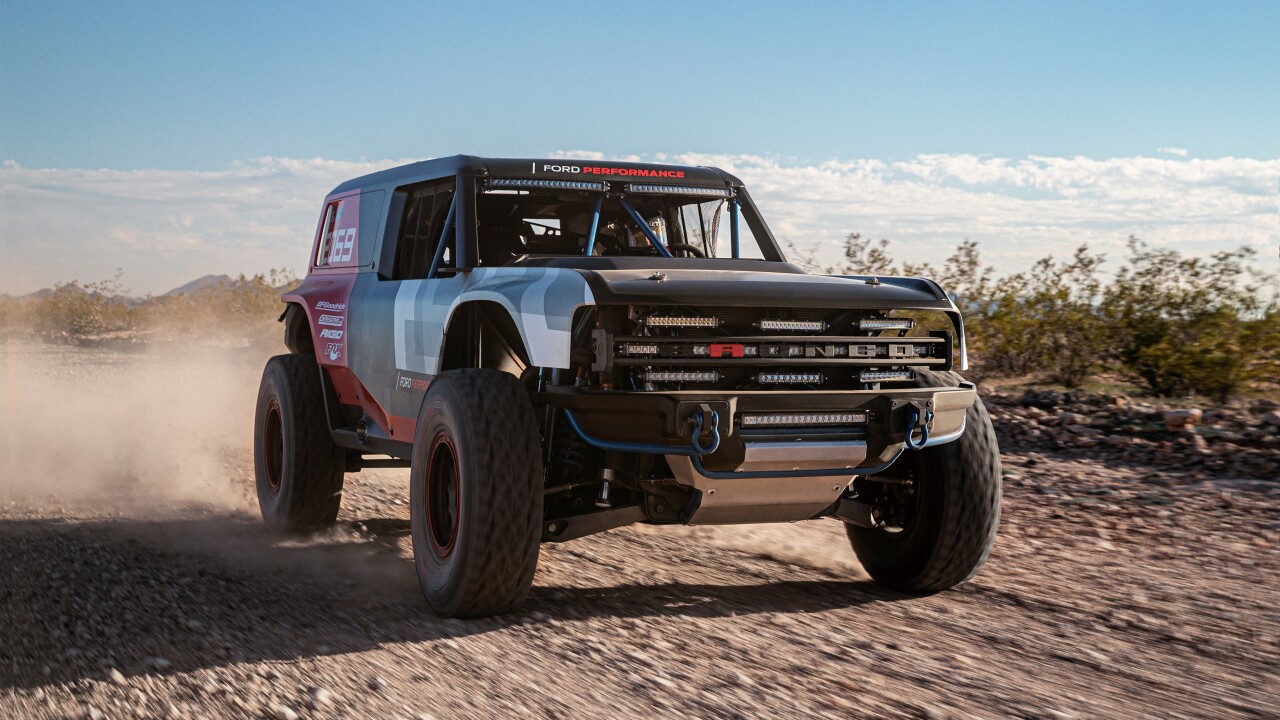 PHOTO GALLERY: Check out the Ford Bronco R, a racing prototype of the Bronco

According to the company, the Bronco R will head back to the Baja Peninsula later this month to take on the nearly 1,000-mile off-road course. The vehicle has race livery inspired by Hall's winning vehicle.

The first photos come just days after Ford announced the Bronco will make its world premiere in the spring of 2020.

“Bronco’s win at Baja in 1969 was epic, something that even after 50 years has not been repeated,” said Hau Thai-Tang, Ford chief product development and purchasing officer. “Rugged endurance racing is such a big part of Bronco heritage. The Baja 1000 gives us not only the perfect setting to honor Rod Hall’s win, it also provides an authentic test bed to demonstrate our upcoming Bronco’s desert racing capability and durability.”

The Bronco R has been hidden behind a security door in a Ford studio basement since July, and was designed by a small team led by Paul Wraith, chief Bronco designer. They worked to build a one-off that hints at the all-new Bronco to come.

“This wasn’t our usual development process, but it was the right process for this project,” said Wraith. “We found, created or adapted the right tool for the task at hand – a cool and exciting blend of old and new creative techniques. We stretched ourselves, but it was worth it – and great fun.”