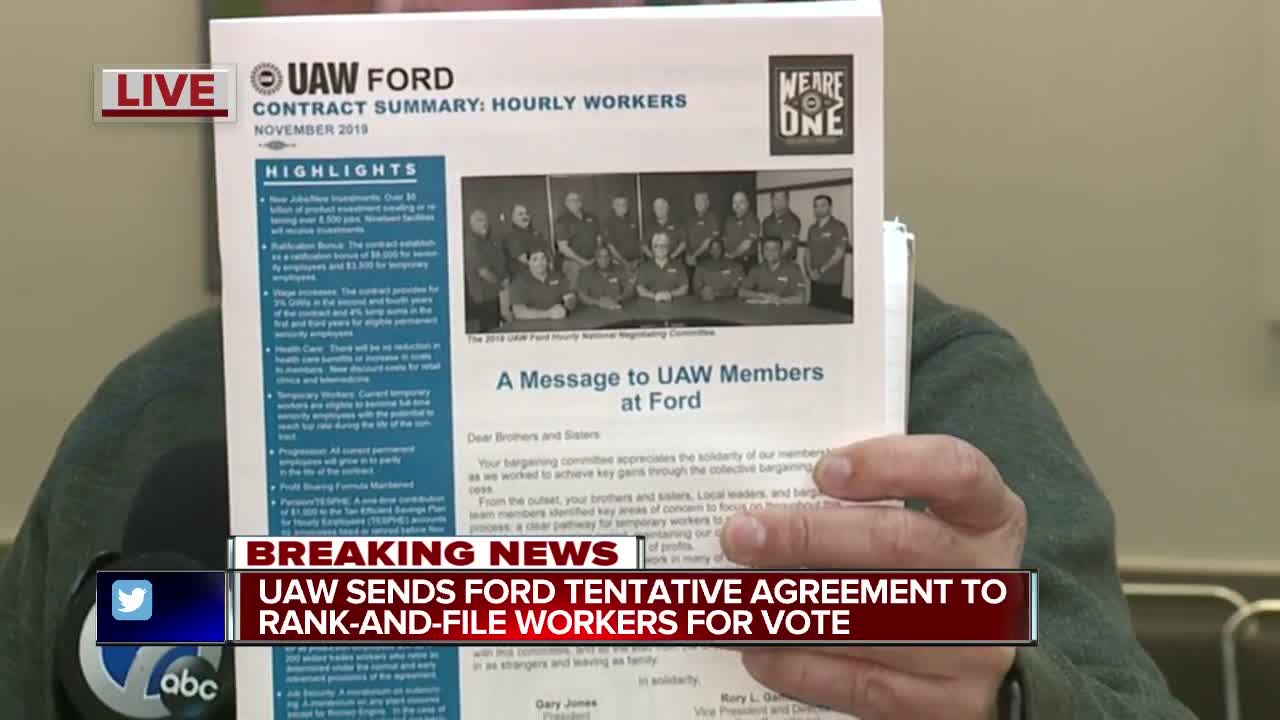 The Ford-UAW National Council has voted to approve a tentative agreement, and it will now go to rank-and-file members for ratification. 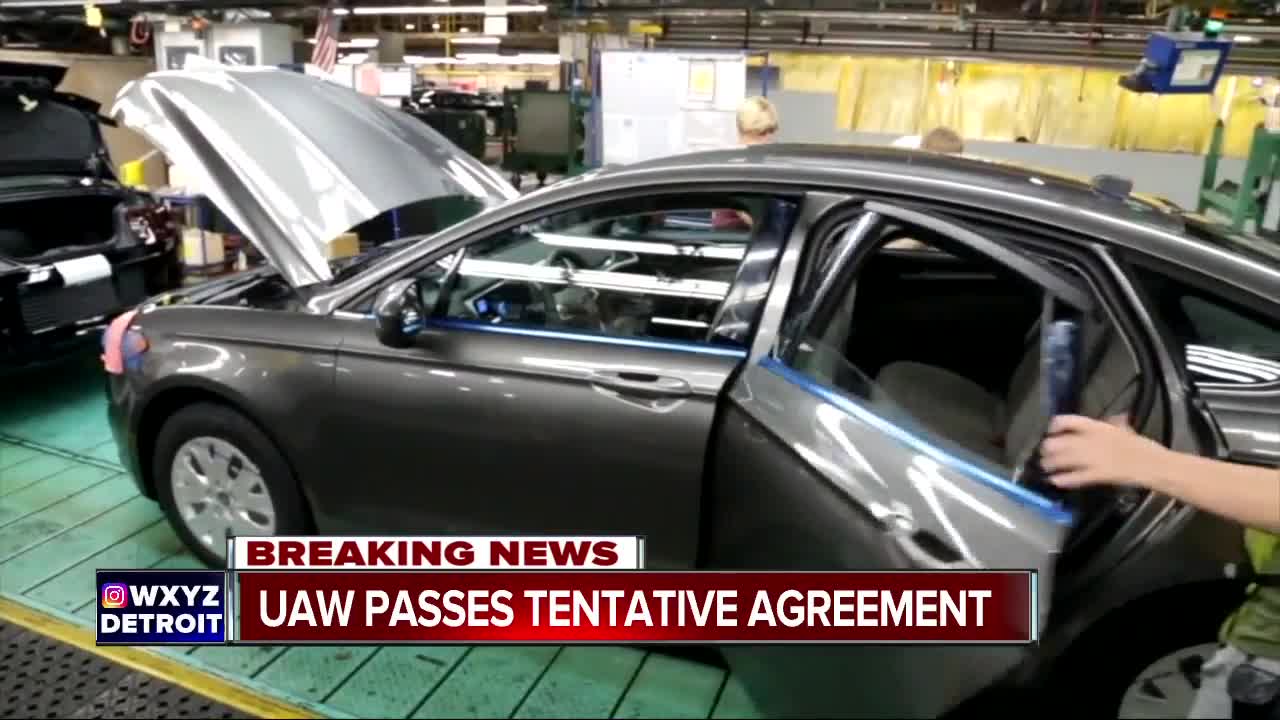 (WXYZ/AP) — The Ford-UAW National Council has voted to approve a tentative agreement, and it will now go to rank-and-file members for ratification.

On Friday, the council met to vote on the proposed TA at the TCF Center, and approved it, just two days after reaching an agreement.

"Ford can confirm the UAW’s announcement that the UAW and Ford have reached a tentative agreement on a four-year contract," the company said in a statement. "Further details will be provided at a later date."

Next up, the 55,000 members of the union will hold meetings to go over the tentative agreement and vote to ratify it.

Ford workers will get $9,000 each if they ratify a new four-year contract with the company, but Ford will close a factory in the deal, a person briefed on the pact said Thursday.

The company plans to close its engine factory in Romeo, Michigan , north of Detroit, but 600 union workers at the plant will be offered buyouts or jobs at a transmission factory in nearby Sterling Heights, Michigan, said the person, who didn't want to be identified because the contract hasn't been explained to workers.

⁦@UAW⁩ Ford Council closed meeting continues inside ⁦@TCFBank⁩ Center formerly Cobo Center. This group of local union leaders from 18 states will vote on whether to send the tentative agreement to rank and file members for ratification. ⁦@wxyzdetroit⁩ pic.twitter.com/MBHtUYrach

Ford reached a tentative four-year contract agreement with the United Auto Workers union Wednesday night. The union says it secured over $6 billion in product investments at U.S. factories. The investments will create or keep over 8,500 jobs, but no precise number of new jobs was given. Local union leaders will meet in Detroit Friday to hear an explanation of the contract terms.

The deal with Ford's 55,000 U.S. union workers doesn't match the $11,000 signing bonus that General Motors workers will get. But Ford workers are likely to get a mix of pay raises and lump sum payments that GM agreed to because the union normally uses the first contract settled as a template for the other Detroit automakers.

About 49,000 GM workers ratified their deal last week after a 40-day strike that paralyzed the company's U.S. production and hampered its factories in Canada and Mexico.

The Romeo engine factory makes two V8 engines that go into the Mustang sports car and the F-150 Raptor pickup truck, as well as machined parts for two other engines. The work will instead be moved to other factories as part of the $6 billion in U.S. factory investments, the person said.

If it is ratified, the union will then turn to Fiat Chrysler for a new contract, the last of the Big 3 automakers.

Details of the agreement are below.