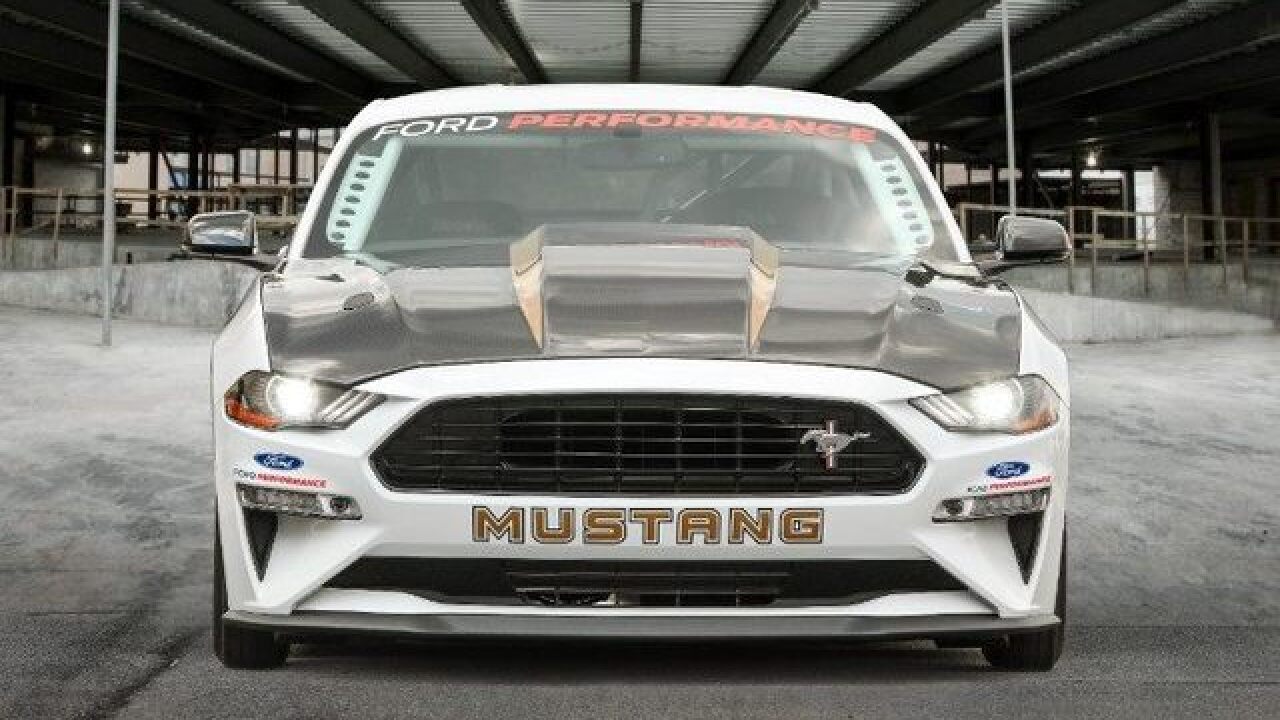 Ford Motor Company unveiled the quickest drag-racing Mustang ever on Thursday, ahead of the Woodward Dream Cruise on Saturday.

The 2018 Mustang Cobra Jet is a limited-edition turnkey race car that honored the 50th anniversary of the Mustang that dominated drag strips in 1968.

“From the very first Mustang Cobra Jets dominating the 1968 NHRA Winter nationals to our modern-day racers, the Ford Performance Parts team continues to build on Cobra Jet’s success at the track over five decades,” said Eric Cin, global director, Ford Performance Parts. “This has inspired generations of Mustang fans to create their own performance machines for the street.”

The 50th-anniversary car will make its debut at the Woodward Dream Cruise on Saturday.

It tops out around 150 mph in a mid-8-second quarter-mile run with a 5.2-liter version of the V-8 engine with a 3.0-liter Whipple supercharger.

It will be available in either Race Red or Oxford White and can be outfitted with 50th-anniversary graphics and badging. It starts at $130,000 and will only be limited to 68 cars in honor of the 1968 debut.