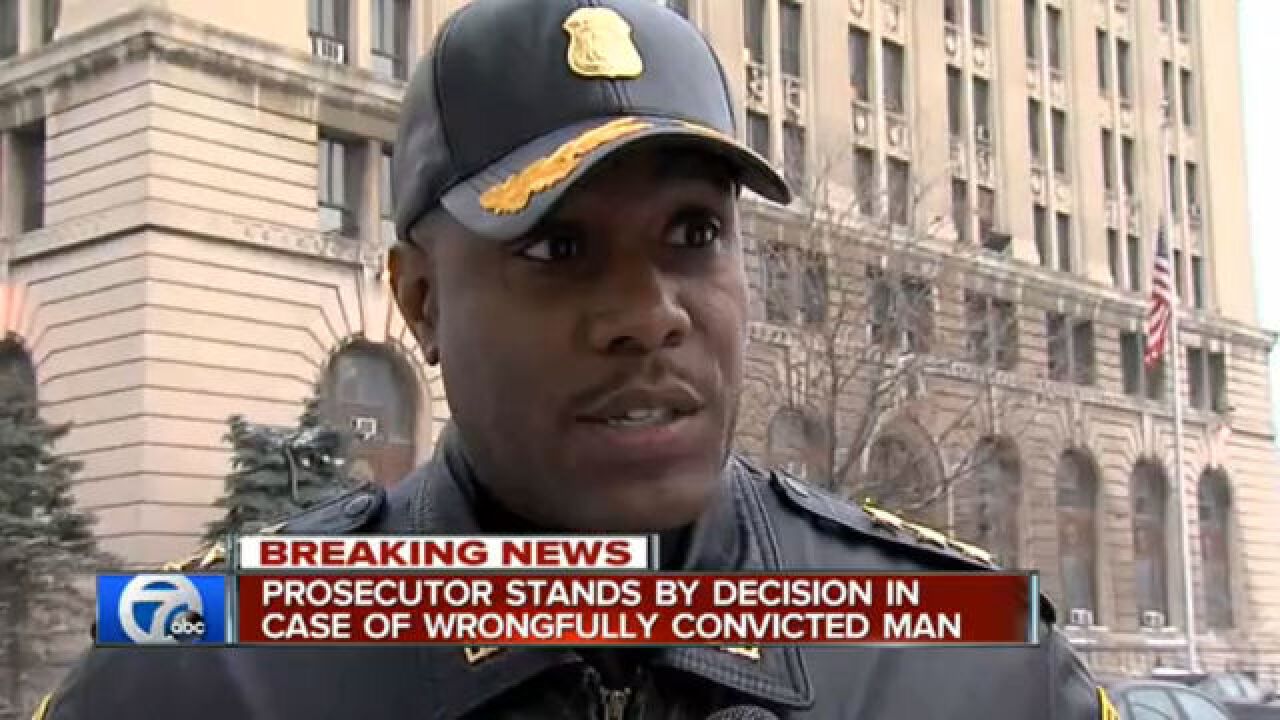 Wayne County Prosecutor Kym Worthy says it was just as of May 20 this year when she received information that called into question the conviction of Davontae Sanford.

In 2007, Sanford was 14 years old when he was arrested and later confessed to four murders that took place at a drug house in Detroit.

Sanford walked out of prison Wednesday, after a judge erased the guilty pleas at Worthy's request.

A hit man, Vincent Smothers, says he committed the so-called Runyon Street murders and was willing to testify to help clear Sanford. Worthy says Smothers has twice refused to testify in court.

One piece of evidence that Worthy said they relied on for Sanford's conviction was testimony from then Detroit Police Department Deputy Chief James Tolbert. He originally said Davonate drew the crime scene on a blank piece of paper.

Now, we've learned Tolbert admitted to drawing the house and that Davontae just drew the bodies.

There is a warrant request being reviewed for James Tolbert for a perjury charge.

Worthy insists her office was not trying to railroad Davontae Sanford for the crime.