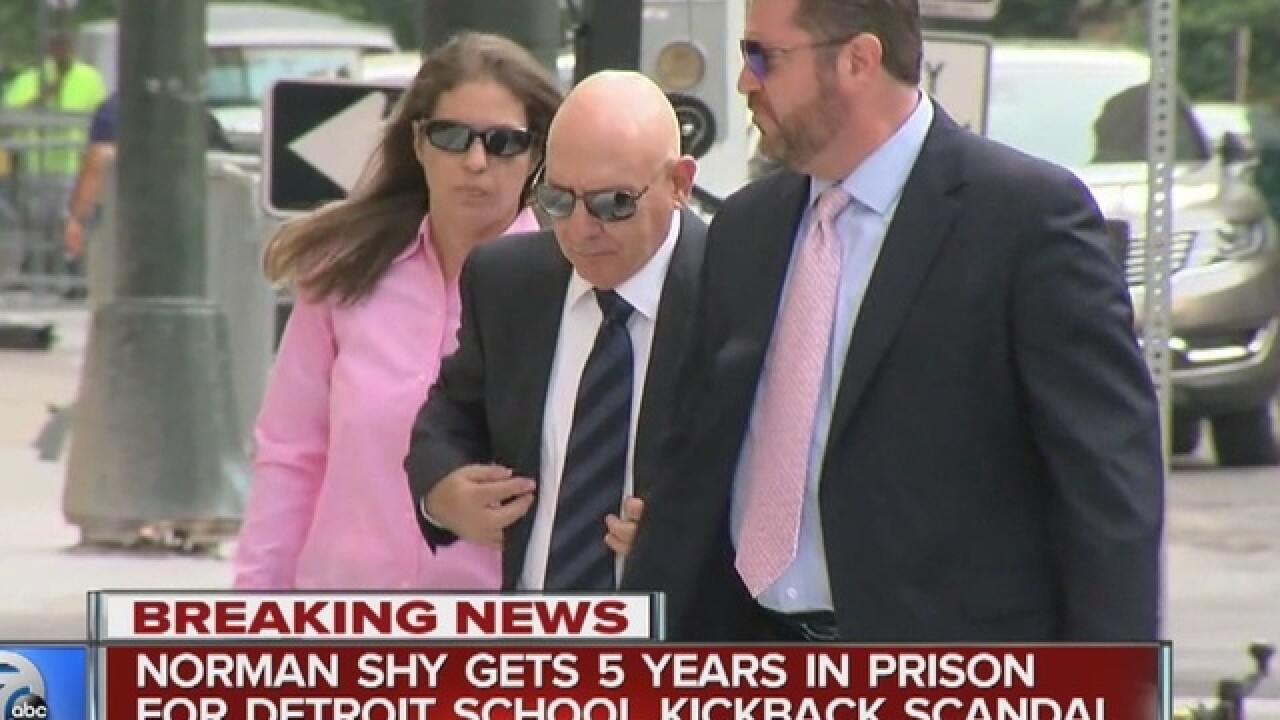 He is the mastermind of a conspiracy that cost the financially troubled Detroit Public Schools about $2.8 million and now he's headed to prison.

A federal judge this morning sentenced Norman Shy to 5 years in prison, 2 years of supervised release, and about $2.8 million in restitution.

The 74-year-old’s attorney asked the judge to give him a shorter sentence due to his age, poor health, and clean criminal record.

The U.S. Attorney said he didn’t just steal money -- that Children were robbed of their abilities to achieve their greatest potential.

Federal investigators say Shy's company which went by the names All State Sales and World Wide Sales received the fraudulent dollars from the district.

How did his scheme work? Shy admitted to the judge that  his business  -- All State Sales -- made deals with school administrators.

They approved invoices for items he never delivered. He then paid them off.

Numerous now former DPS principals and an administrator are also accused of being involved.

One of them, Clara Flowers, was also sentenced today to three years in prison.

Th 61-year old was assistant superintendent of specialized student services and the former principal of Henderson Academy.  Investigators say she took more than $300,000 in kickbacks in the form of gift cards, money, and even a new roof and gutters.

The judge said the court has information that as many as 22 still uncharged current or former principals were part of this fraud.