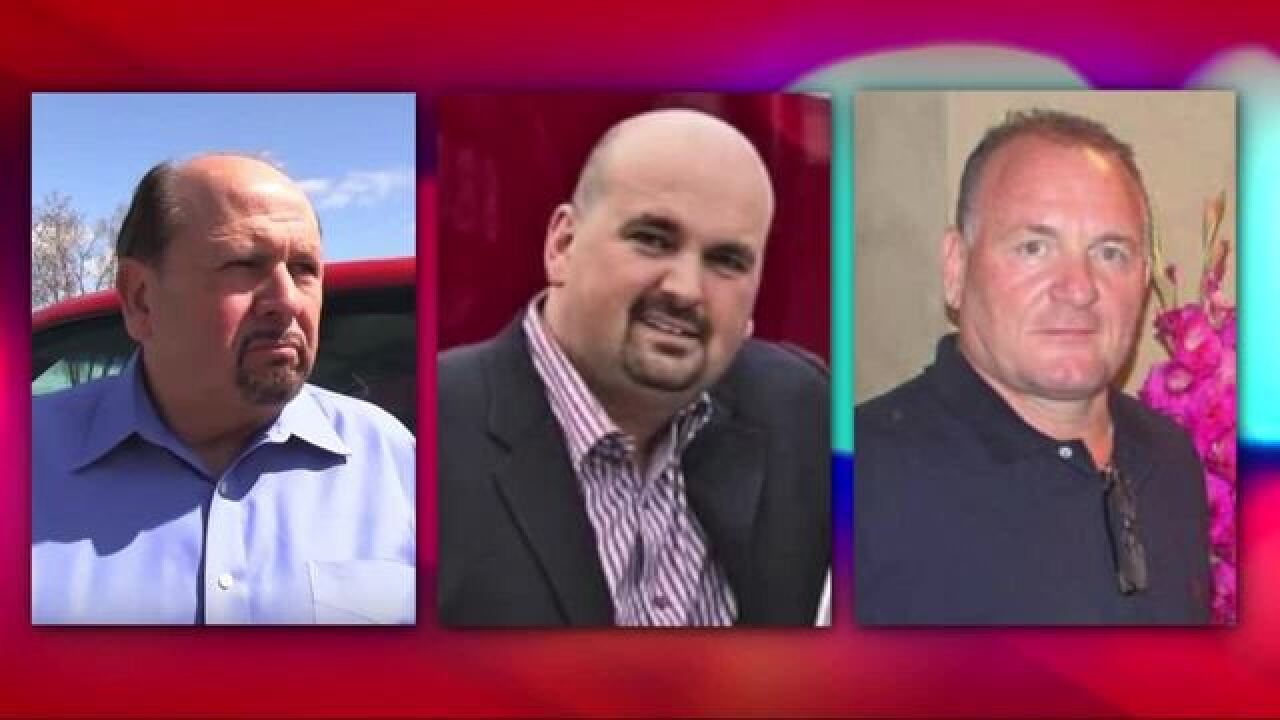 A former garbage hauler executive has been charged with multiple counts of bribery and conspiracy.

Charles B. Rizzo, the father of Chuck Rizzo - and Derrick Hicks - are accused of conspiracy to commit mail and wire fraud.

According to the indictment Charles B. Rizzo, Charles P. Rizzo, Fiore and Hicks schemed to steal hundreds of thousands of dollars from Rizzo Environmental Services (RES). They're accused of setting up a fake legal settlement agreement, fraudulent consulting deals, cash kickbacks, shell companies and the stealing of money to pay for part of the construction costs of Charles B. Rizzo’s Bloomfield Township mansion.

“This indictment demonstrates our commitment to bring to justice all participants in bribery schemes, including both the corrupt public officials and the bribe payers seeking to profit from public contracts, said United States Attorney Lemisch. Our citizens are entitled to decisions based on the best interests of the public, not the best interests of politicians who accept bribes and bribe-paying contractors.”

"The public understandably is skeptical when public officials and municipal contractors in southeast Michigan conspire with one another to line their own pockets and illegally scheme to obtain advantages over their competitors," said Special Agent in Charge David P. Gelios, Detroit Division of the FBI. "Today's indictments reflect the FBI's continued resolve to root out public corruption and to work with honest community leaders to restore the public's trust in their government officials and institutions. Unfortunately, though, corrupt activity such as this continues. Until that is no longer the case, I would urge anyone who has information about this case or other allegations of corruption to call the FBI Public Corruption Task Force at (313) 965-2323."

“Bribery regardless of how you disguise it, is illegal”, stated Special Agent in Charge Manny Muriel for IRS Criminal Investigation. “Parties who profit and those who pay the bribe will be charged and held accountable for breaking the law. All Americans have a duty to pay their fair share in taxes. IRS – Criminal investigation helps to ensure that all Americans including public officials and contractors, are held to the same standards.”

Green for Life Environmental Inc., which took over Rizzo's business, has released the following statement:

Two weeks after GFL bought RES we learned of disturbing allegations regarding Chuck Rizzo, Jr. He resigned his employment at that time. No members of the Rizzo family are currently employed with GFL or any of our affiliate companies including GFL USA.

We have taken appropriate steps to ensure the highest ethical standards are practiced by our company and our employees.   We continue to work each day and provide our nearly 700,000 customers in Michigan with the highest level of service and standards at the best possible price.