Former Inkster councilwoman to sue after being ousted 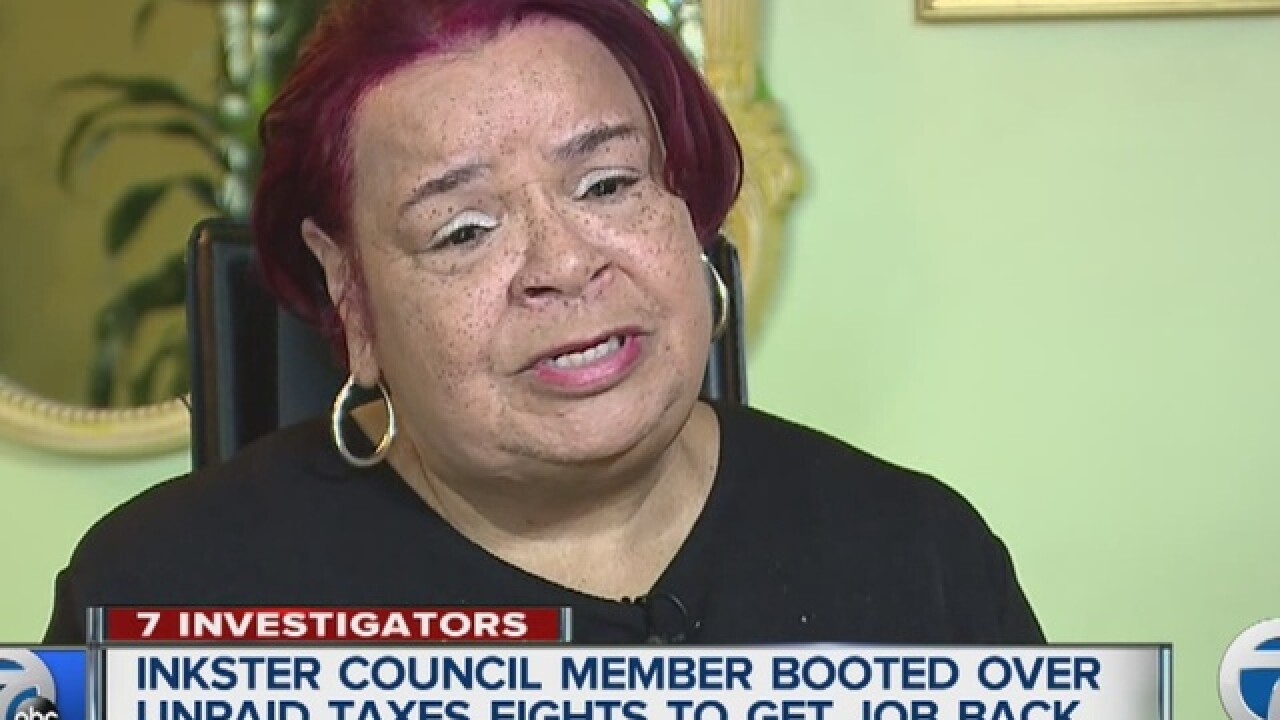 Dee Richardson sits in her Inkster home, surrounded by who she says are community supporters. Weeks after being kicked off the city council.

"I have worked hard in this community for a long time," says Richardson. Previously spending years on the council---only to return recently and lose her chair.

She learned they were behind on taxes.

"I contacted the county, found he hadn't paid in three years. We had been married 40 plus years and that was always something he handled."

The council she says, used a provision to disqualify her from office.

But she says before her ouster, she enrolled in a payment plan, and the county, which is the collector, issued a letter waving her liability.

Now she plans to sue the city to get her seat back.

"I think they should have allowed me the process to take effect."

The city of Inkster disputes this.

Providing other documents from the county--dated November of last year, which state, "Inkster is owed its 2014 and 2015 property taxes."

Bottom line, this has come down to a he said she said over paperwork and payment plans. But it appears both sides are headed for a showdown over who is right and who is wrong.

Meanwhile, Richardson also wants her situation to be an example to the community---even elected officials struggle from time to time.

"We're human. And there are times in everyone's life you run into a hardship. Everybody."