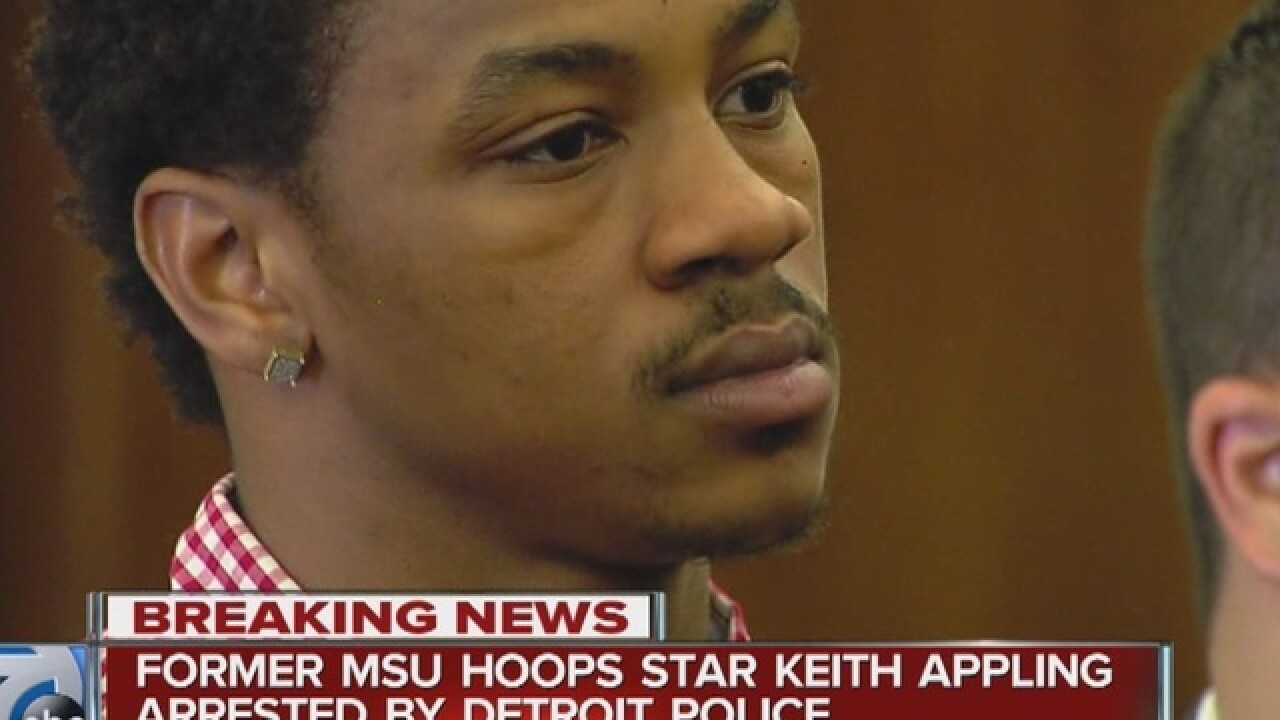 Former Michigan State University basketball star Keith Appling was arrested again after a traffic stop in Detroit, according to police.

Detroit police say officers pulled over Appling around 9:10 p.m. on Sunday at Russell and E. Seven Mile. We're told he fled the scene after initially stopping in his 2013 blue Dodge Challenger and tossed a handgun out the window.

Police say he was in the car by himself and arrested after officers pursued and stopped his vehicle at Orleans and E. State Fair.

Appling has been in trouble a couple of times in recent months. He was arrested for allegedly carrying a concealed weapon illegally and after he was accused of bringing a loaded gun to a strip club.