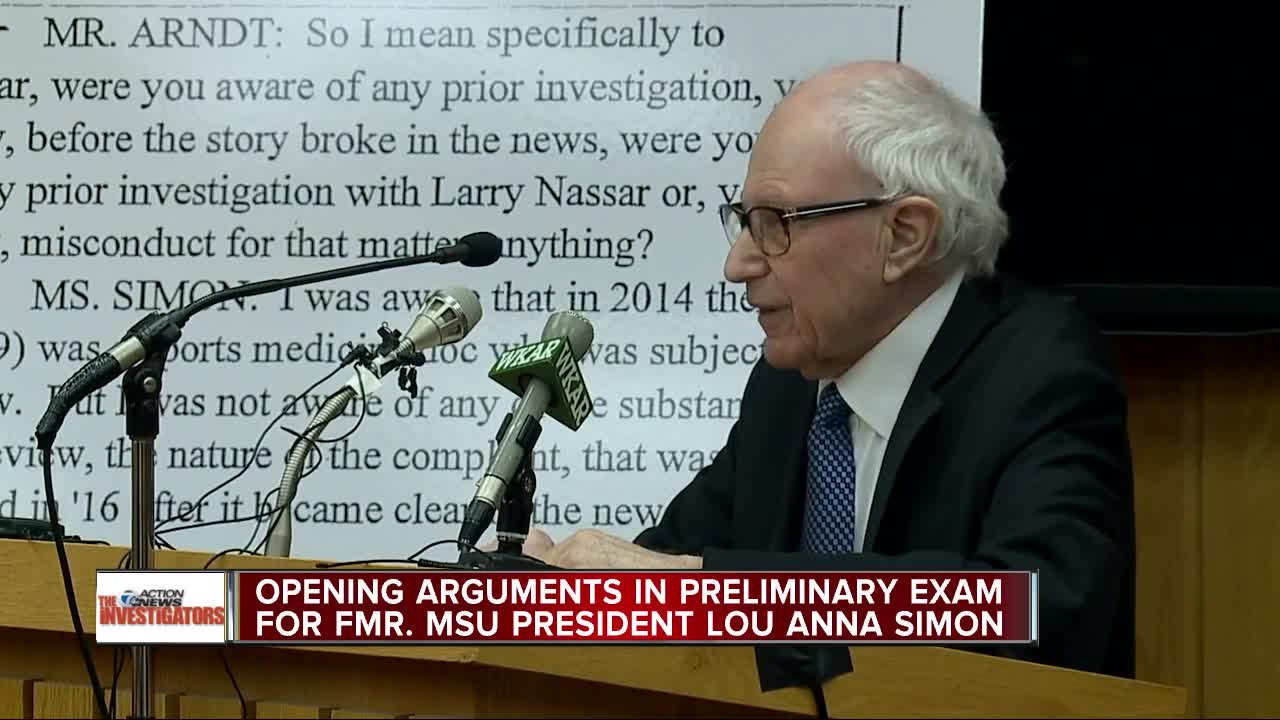 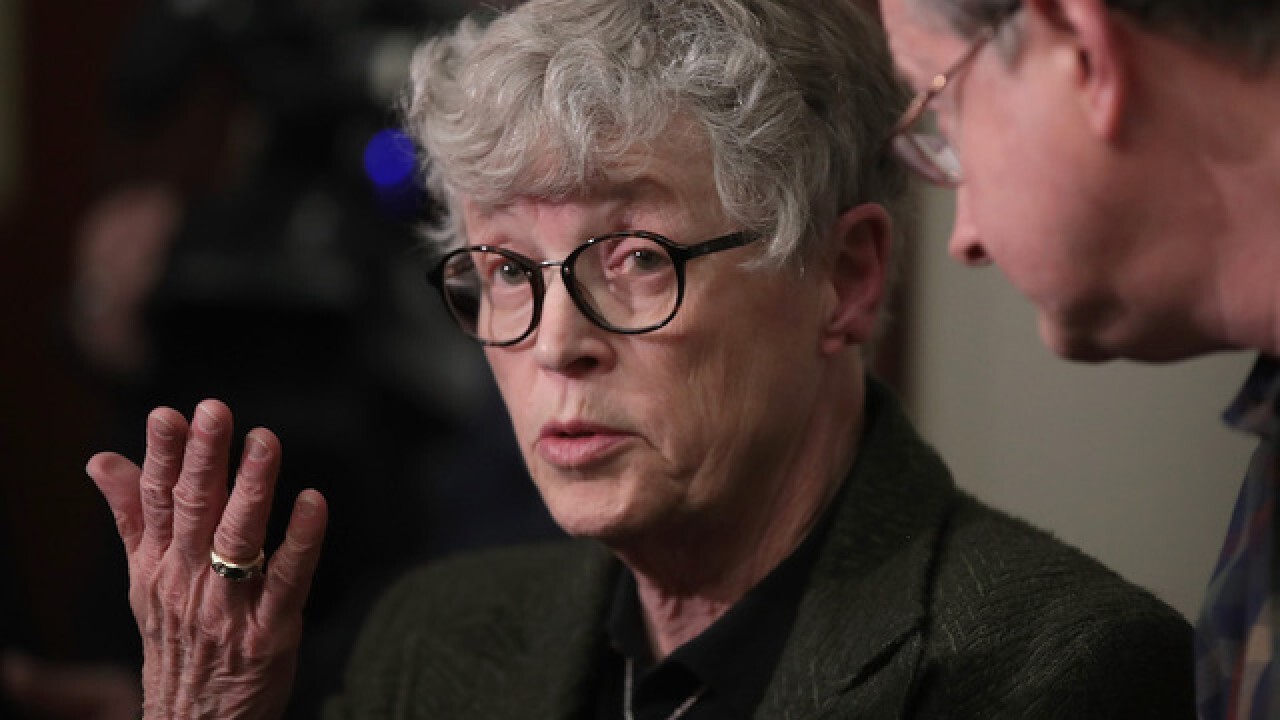 Simon, 71, is accused of lying to police about the allegations against former MSU employee and USA Gymnastics doctor Larry Nassar.

Simon claims she was never told Nassar's name after he was accused of sexually assaulting a former student in 2014. However, prosecutors say notes from a meeting with a top adviser suggest otherwise.

If convicted, she could get up to four years in prison.