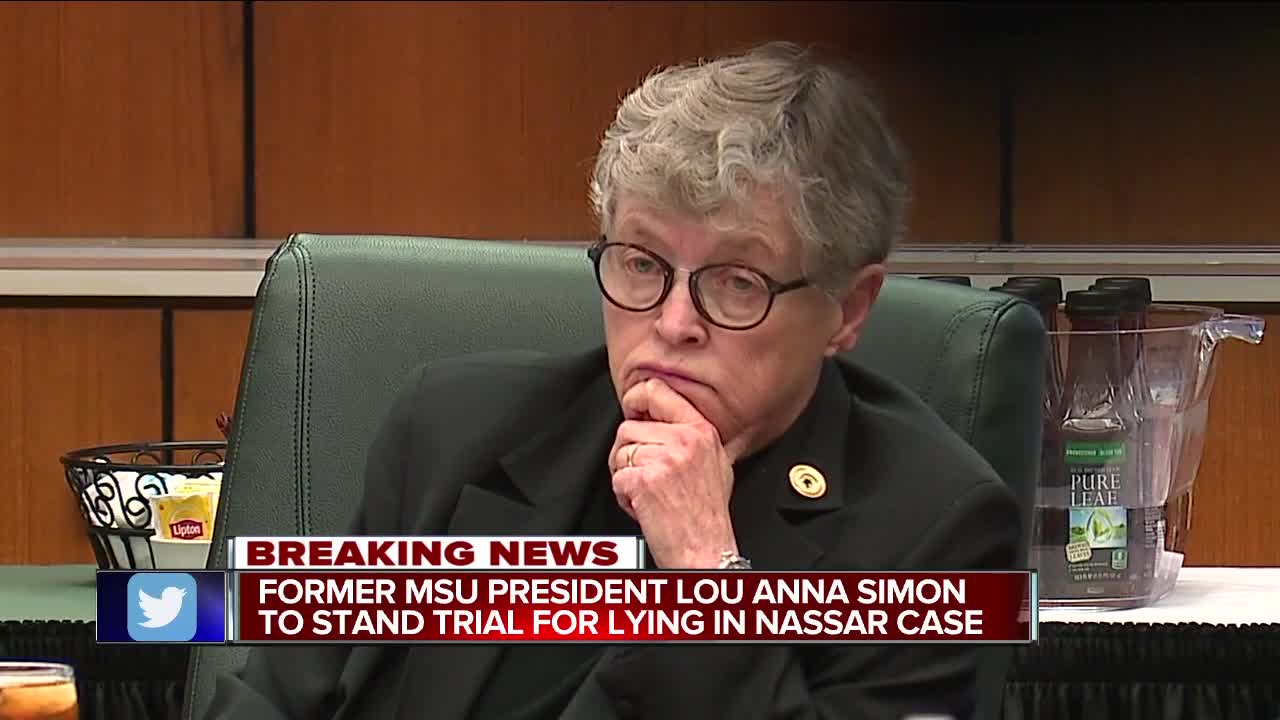 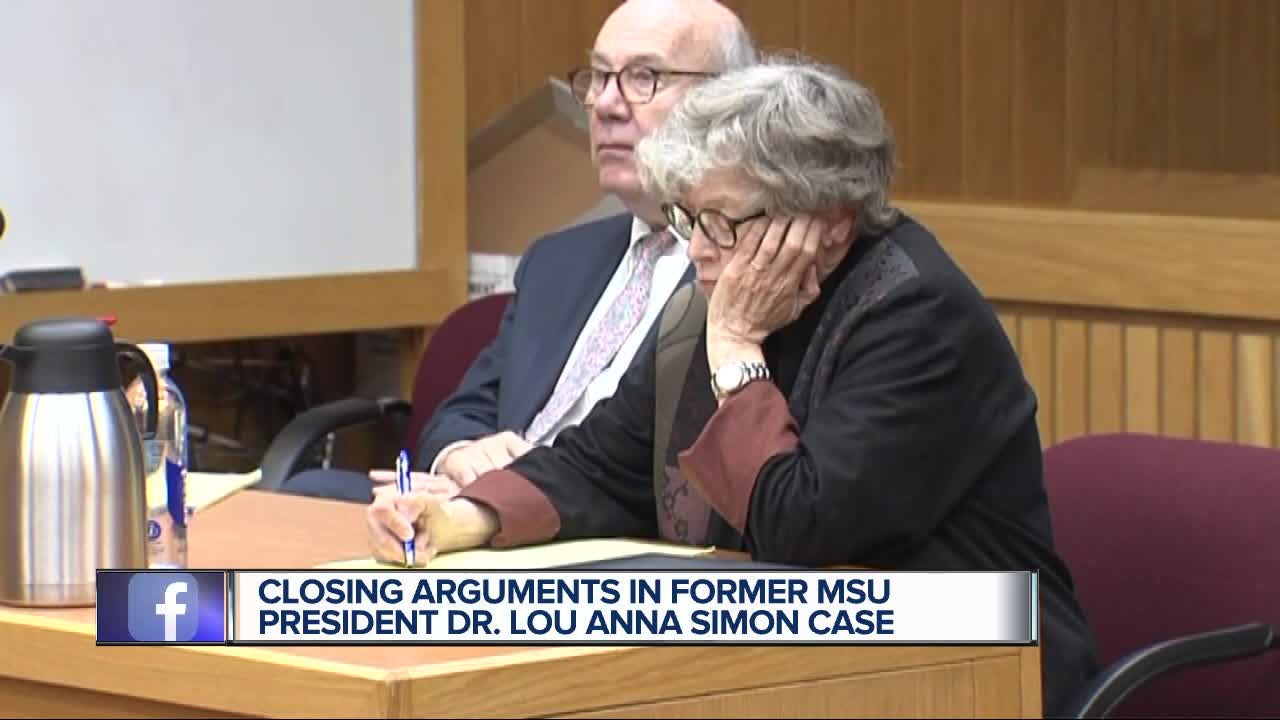 Judge Julie Reincke ruled on Monday there was sufficient evidence for Simon to be bound over to circuit court and stand trial.

According to the warrant, Simon told Michigan State Police investigators that she was not aware of the nature of the complaint that generated the 2014 MSU Title IX investigation.

"When asked about whether she was aware of any investigation involving Larry Nassar prior to 2016 she falsely or misleadingly said that 'I was aware that in 2014 there was a sports medicine doc who was subject to a review' when in fact she knew it was Larry Nassar who was the subject of the 2014 MSU Title IX investigation," the charging document reads.

According to the judge's ruling, Simon "provided false information regarding that investigation to the peace officer in a statement that the defendant knew was false or misleading."

The complaint later said, "Dr. Simon's lack of acknowledgment of any specific knowledge of Nassar's system of treating young athletes along with her credibility as the long-term president of Michigan State University appears to have resulted in an investigation that waslike looking for a needle in a haystack instead of having focus on a limited number of persons and communications."

Read the entire ruling below.