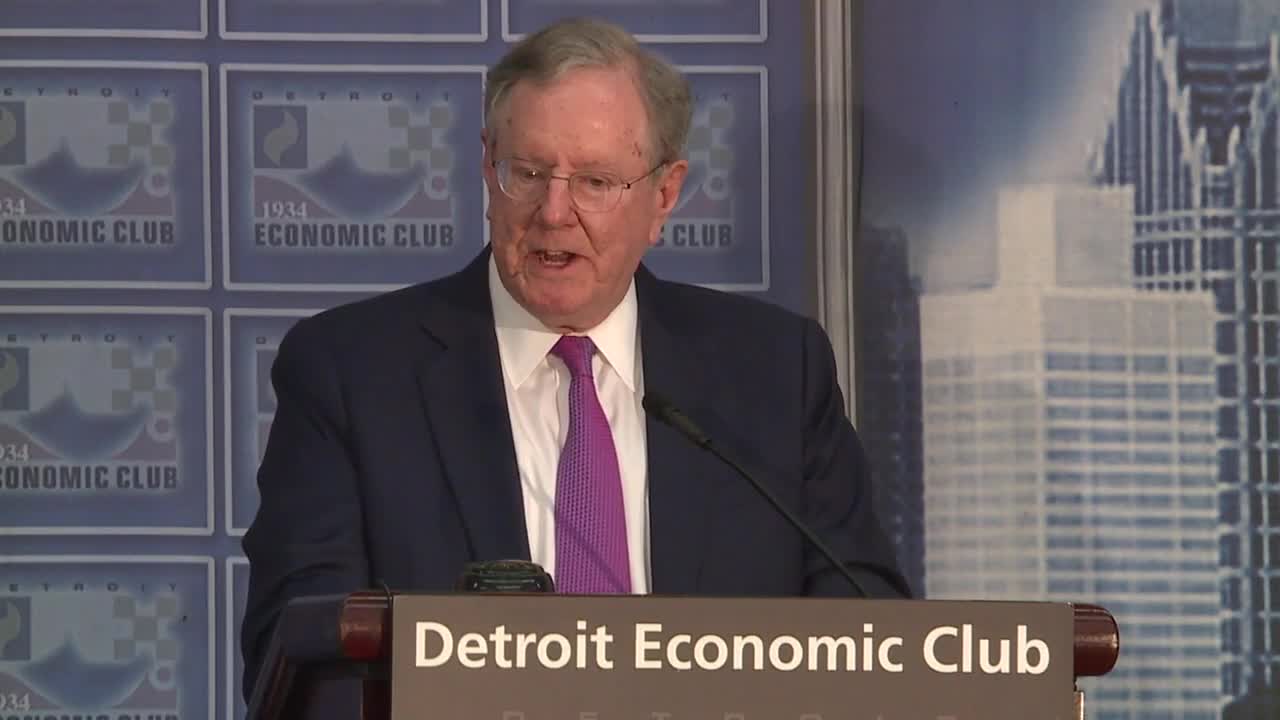 Publisher and former Republican Presidential candidate Steve Forbes spoke about the current presidential race and the future of health care during a speech in Detroit.

DETROIT (WXYZ) — Publisher and former Republican Presidential candidate Steve Forbes spoke about the current presidential race and the future of health care during a speech in Detroit.

Forbes, the Chairman and Editor-in-Chief of Forbes Media spoke to the Detroit Economic Club on Monday, where he sung the city's praises.

“We at Forbes have been amazed by the comeback of Detroit,” Forbes said.

Forbes, who ran for president in the Republican primaries in 1996 and 2000, also addressed the upcoming 2020 election.

“There are going to be very basic questions, the most basic one is ‘What kind of country do we want for the future,’” Forbes said.

Forbes also addressed what many figure will be the signature issue of the 2020 campaign: health care.

“Why is the demand for health care considers a problem, a crisis, whereas a demand for anything else in this country is considered a great opportunity? People want more cars and trucks, people in this town and elsewhere will be glad to help you out,” he said. “The basic reason is nobody designed this system. It evolved for a variety of reasons.”

Forbes says that whatever happens with the election, big changes are coming to health care in the future.

“Big changes are coming and if we don’t muck up the environment, what’s gonna happen is, we’re going to see an Uber/Lyft like disruption, or the kind of disruption that hit my industry with the invention of the internet, but what you’re going to see are huge changes,” he said.

Forbes says the primary motivation behind the changes will be that people are paying more than they ever did before and they’re becoming more aware of what things cost. He says that the rise of high deductible, employer-sponsored plans are leading to higher out of pocket costs for health care consumers and this is leading them to ask more questions about why different procedures costs as much as they do, why those procedure costs can change from provider to provider, and whether what is learned from tests is worth having it done or not.

Forbes says this is already leading to innovations in how people learn about the costs of health care.

You can watch his entire address below:

Forbes was at the econ club to talk about his Public Television documentary In Money We Trust, which aired last year. You can it below: