Former UAW President Owen Bieber dies at the age of 90 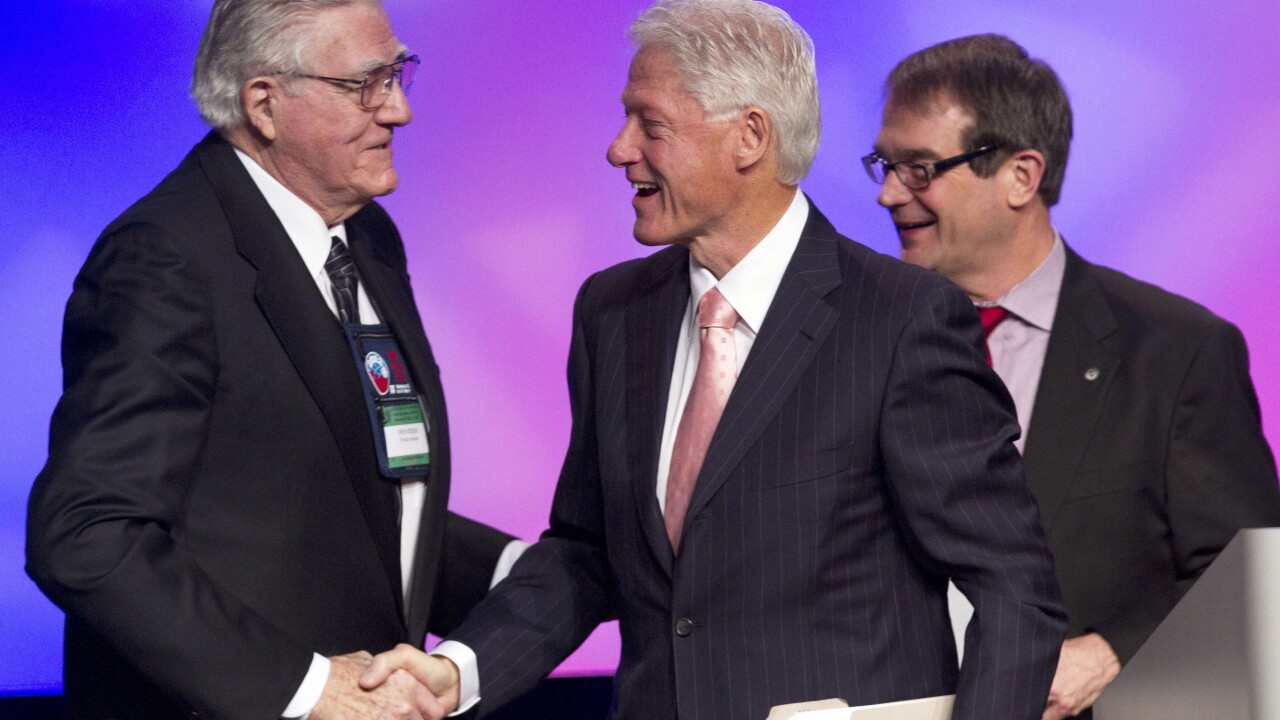 (WXYZ) — Former UAW President Owen Bieber has died at the age of 90, the union announced on Monday.

He was appointed UAW Region 1D director in 1972 and held that position until 1980 when he was elected vice president. He served as the director of the union's General Motors department, the largest with more than 400,000 members.

During the union's 27th Constitutional Convention in Dallas in 1983, Bieber was elected president, succeeding Douglas Fraser.

“Owen Bieber’s death is a loss for our union and all working people. He was a man of incredible leadership. He was not afraid of tough battles or taking a stand on controversial issues,” said UAW President Rory L. Gamble. “He was not only a devoted trade unionist but a social activist whose impact was felt around the world. Whether it was his support to end apartheid in South Africa or in Poland, Owen stood on the right side of history for the nation and the world.”

The union said he is credited with diversifying the UAW and inviting new members from outside the industrial sectors.

He also worked to elect President Bill Clinton and was active in the Democratic party.

During his term, he traveled to South Africa twice, including once in 1968 as a member of a State Department advisory committee under Secretary of State George Schultz, and fought the Apartheid movement. During the trip, one of his main goals was to check on labor activity Moses Mayekiso, who was imprisoned for leading a rent boycott.

He is credited with diversifying the UAW by inviting new members from areas outside of industrial sectors, including public and private employers. Active in the Democratic Party, he became a political force, advocating for working people on legislative issues and contributed to bringing President Bill Clinton into the White House.

"My father was born into hard work and trade unionism, and through his mentorship he passed those traits to the next generation," said Owen's son Ron Bieber, president of the Michigan AFL-CIO. "He led the UAW at a challenging time for auto workers and all working people, and he fought for social change in this country and around the world. His loss is felt deeply by his family and all of those whose lives he touched. Owen Bieber left behind a world that is better off because of his activism and dedication to service to others."

He was vocal on legislation pertaining to national and international trade and the reformation of health care. On an international level, he led the first trade unionist delegation to visit China, meeting with Deng Xiaoping to acknowledge International Labor Day.

In 2003, Archbishop Desmond Tutu singled out Bieber during a visit to Grand Rapids for calling attention to the apartheid, as Bieber was arrested while marching with Tutu at the South African embassy in Washington in 1986.

“We came asking for help, and you gave that help and accomplished this extraordinary thing,” Tutu said.