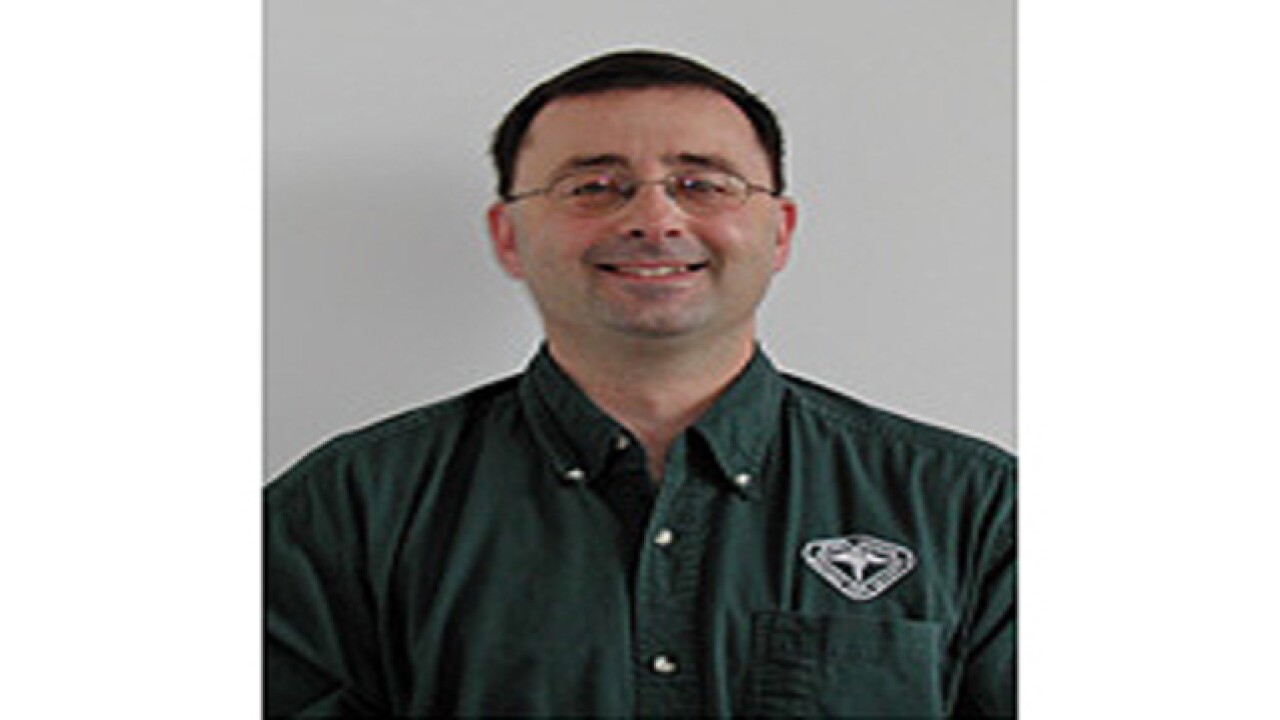 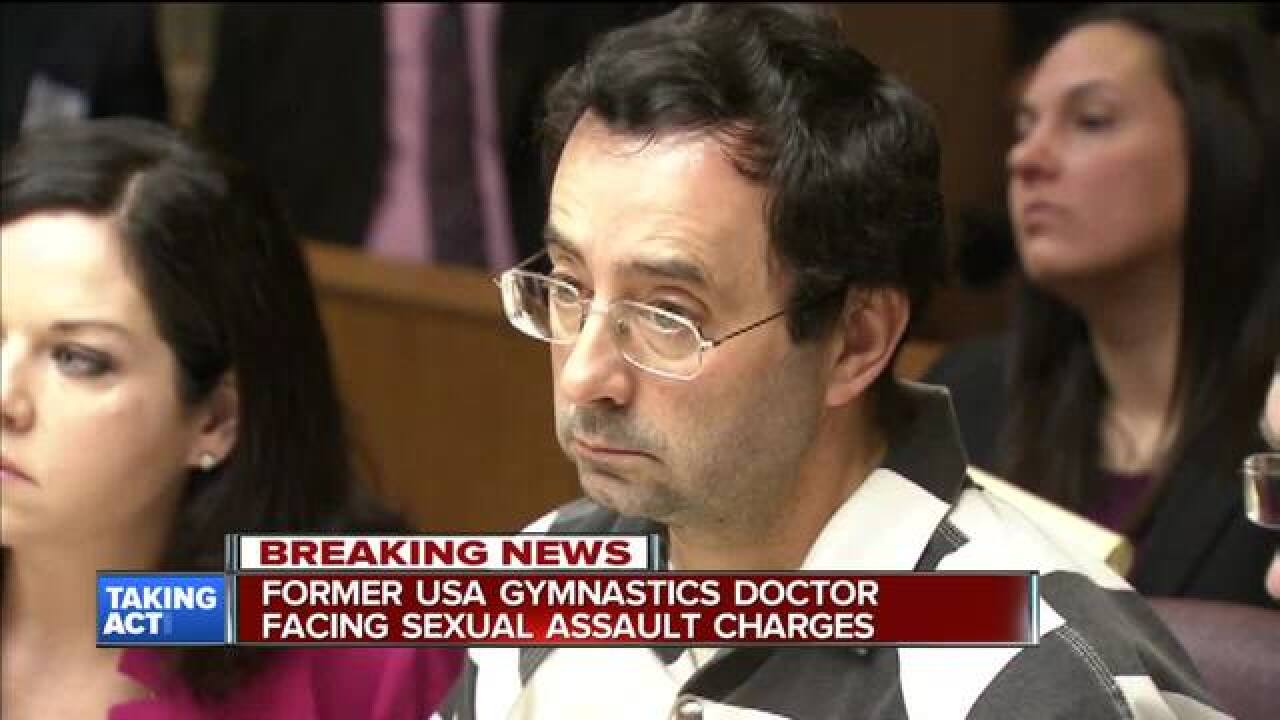 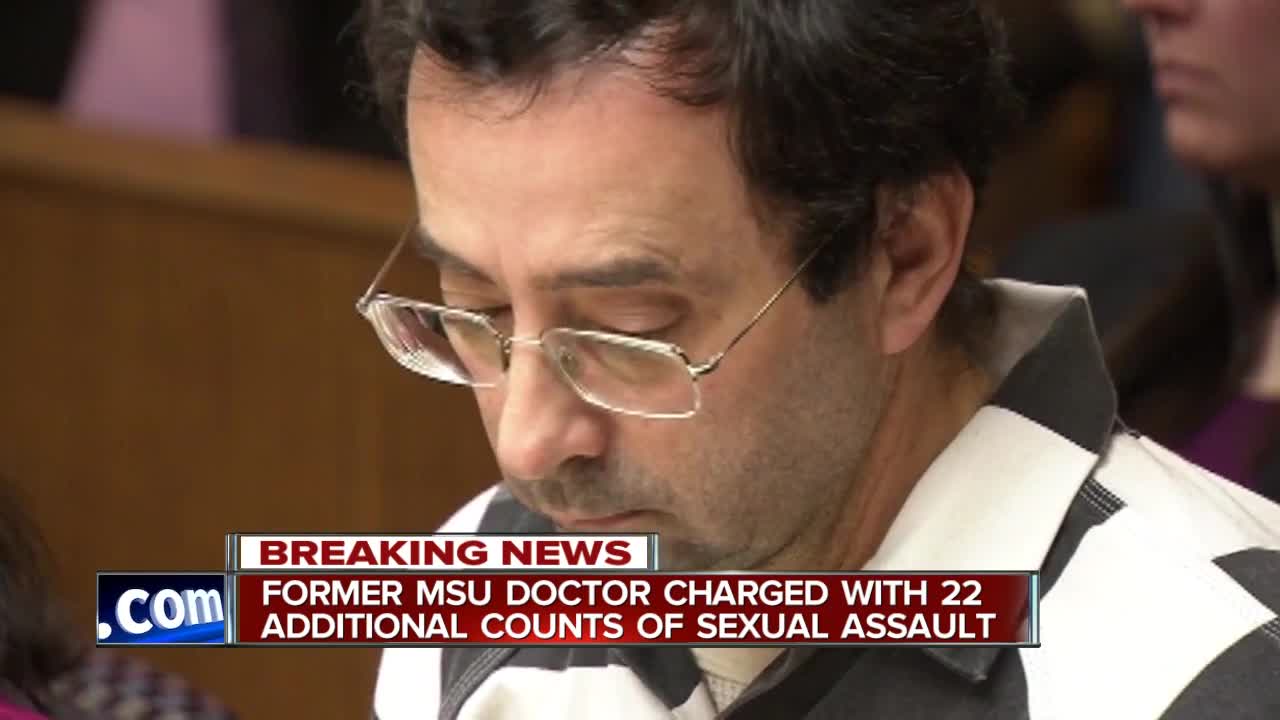 He says the sexual assaults that took place in Eaton County and Ingham County. According to Schuette, they involve 9 victims. Two were under the age of 13 and 7 were between ages 13 and 16. He says Nassar sexually assaulted young women athletes who came to him for medical treatment in order to recover from
injuries.

"The girls ... were so young, so innocent .. they didn't fully understand what he was doing to them until years later," says Schuette.

Schuette says he expects more criminal charges will be filed against Nassar because complaints of sexual abuse continue to come in on a daily basis.

In separate criminal cases filed in 2016, he's charged with possessing child pornography and molesting the daughter of family friends.

Nassar was fired by Michigan State in September after the school said he violated restrictions that were put on his treatments, following a 2014 complaint. Since then, he has been the target of civil lawsuits, along with Michigan State and USA Gymnastics.