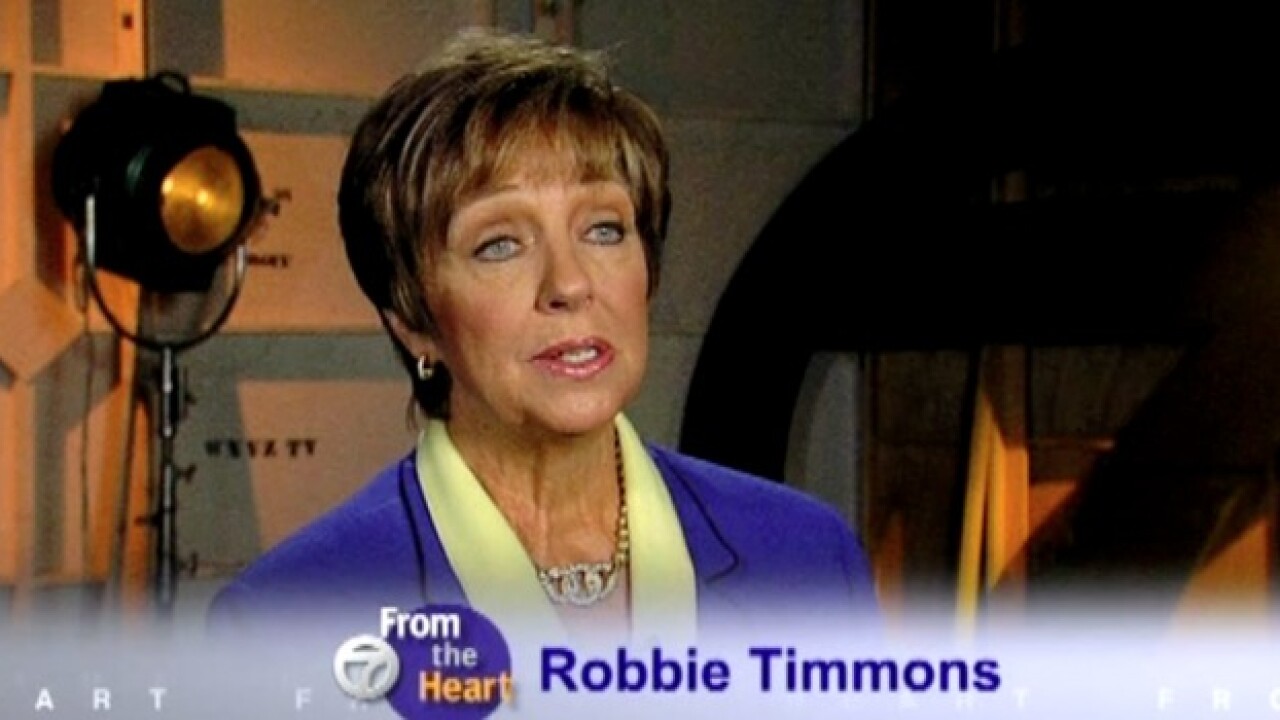 Copyright 2018 Scripps Media, Inc. All rights reserved. This material may not be published, broadcast, rewritten, or redistributed.
Robbie Timmons joined WXYZ in 1982 and retired in 2010.

(WXYZ) — The Parade Company has announced its celebrity line-up and new floats that will appear in America's Thanksgiving Day Parade next Thursday.

The Grand Marshals for the parade will be the Detroit Youth Choir led by Director Anthony White and former Detroit Mayor Dennis Archer.

On top of that, they will debut the new Tom Izzo "big head" and feature seven new floats. Former WXYZ Anchor Robbie Timmons will also appear in the parade, as will her husband, Jim Brandstatter.

Check out the celebrities below.

Issac Ryan Brown – TV actor starring on Disney series Raven’s Home. A Detroit native, Brown got his big break at the age of six when he dazzled audiences on “America’s Got Talent.” Since then, Brown has consistently been working in film, television, commercials and voiceovers. He has recurred on shows including Blackish, How to Get Away with Murder, Bubble Guppies and Puppy Dog Pals.

Jim Brandstatter – Radio play-by-play announcer for the University of Michigan Wolverines football team. Brandstatter also served as the NFL’s Detroit Lions color analyst on their statewide radio network. He was elected to the Michigan Sports Hall of Fame in 2013. He has twice been named sportscaster of the year in Michigan by the National Sportscasters and Sportswriters Association, among other awards.

Robbie Timmons – Award-winning former TV news anchor and reporter with Detroit’s WJBK TV-2 and WXYZ. Timmons has six Emmy’s for her work in writing, producing, reporting and anchoring. Timmons began her career in Lansing as the first female in the country to anchor the 6 PM and 11 PM newscasts. With over 30 years of anchoring the evening news in Detroit, Timmons retired in 2010 and is now dedicated to her newest endeavor, CANTER, a Thoroughbred Horse Rescue.

Tony "Superbad" Harrison – A graduate of Mumford High School and a professional boxer born and raised in Detroit. Harrison is determined to put our city back on the boxing map. One of the last protégés of late Hall of Fame trainer Emanuel Steward, Harrison is striving to reach the top of the 154-pound division. Harrison has a 28-2 record, featuring 21 knockouts, since his professional debut in 2011.
Lance Parrish – Former professional baseball catcher and member of the Tigers 1984 World Series Championship Team. During his playing career, he was an eight-time All-Star and won six Silver Slugger Awards and three Gold Gloves. Parrish played 19 seasons in the Majors, with 10 of those in a Detroit Tigers uniform.

Dave Rozema – Former professional baseball pitcher and member of the Tigers 1984 World Series Championship Team. A native of Grand Rapids, Rozema spent 10 years in the big leagues, including eight with the Detroit Tigers. Rozema won 15 games in his rookie season of 1977 and was named the top rookie pitcher in the American League by The Sporting News. Rozema remains active with the Tigers organization, participating in numerous charity events throughout the year.

Deeran Anderson – United States Navy veteran turned business & personal growth influencer, speaker, and author. He is most well-known for being on E! Network’s Revenge Body and from his time as a disc jockey in the San Diego area on 89.1FM.

Chanel Johnson – A Southfield, MI native, Johnson was crowned Miss Michigan USA in September 2019. She is preparing for the national stage in April 2020.

Santa Claus – Santa’s grand arrival in his hand-crafted sleigh is at the end of America’s Thanksgiving Parade® presented by Art Van.

The new floats are:

“We have an exceptional line-up of all-star athletes, entertainers and community leaders as well as 25 amazing floats with seven new ones for this year’s America’s Thanksgiving Parade presented by Art Van,” said Tony Michaels, President & CEO, The Parade Company. “We are thrilled to have these remarkable individuals joining us on Woodward Avenue and across much of America on Thanksgiving morning.”