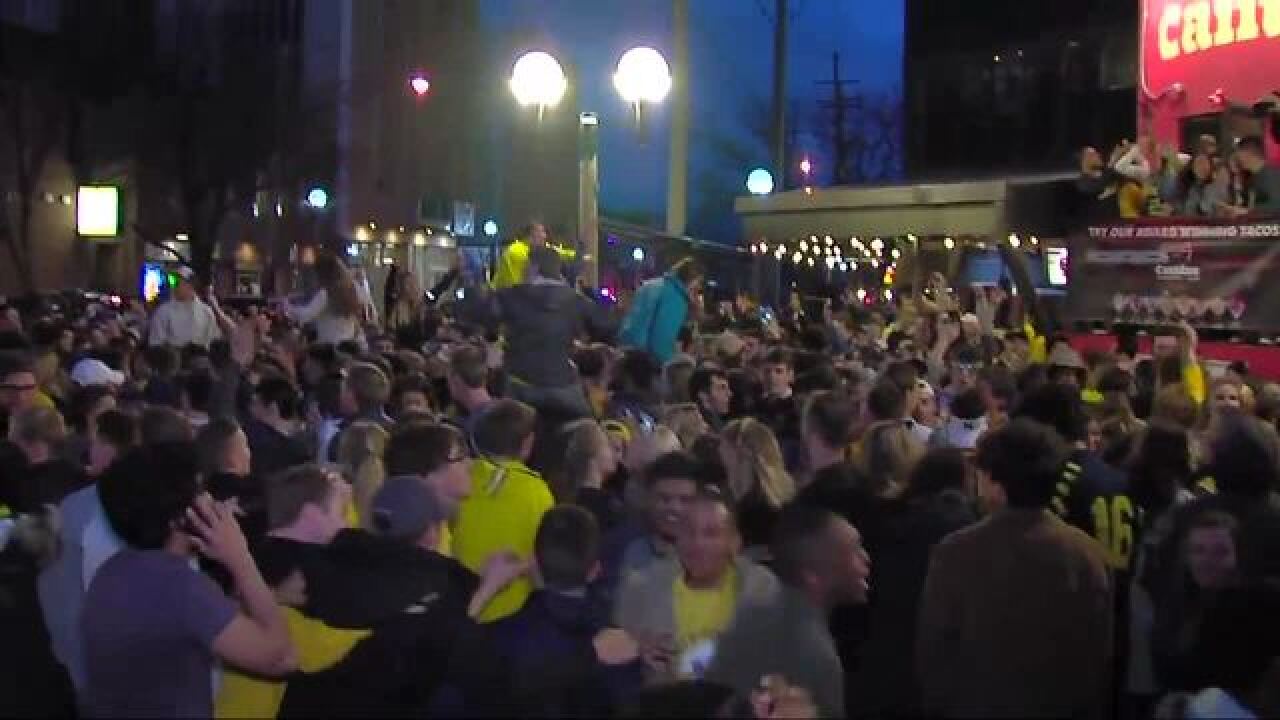 Police tell 7 Action News that at least four people were arrested in Ann Arbor for disorderly conduct following Michigan’s 69-57 win over Loyola on Saturday — it has police prepping for a busy evening on Monday.

Ahead of the NCAA National Championship on Monday night police took to Twitter to remind fans the types of things that can lead to arrests, among them: setting fires, climbing lights poles/buildings, and disrupting traffic.

While the game is being played in San Antonio, viewing parties are expected to be held throughout the city. On Saturday night there was no shortage of parties, with videos outside of Good Time Charley’s going viral as hundreds of fans gathered in celebration.

Fans hoping to get a seat inside the Crisler Center for a viewing party may be disappointed. University officials said they’re unable to accommodate all the expected requests due to a series of gymnastics events — as a result the National Championship viewing party will be limited to students and season ticket holders.

The issue arose because the university hosted a gymnastic meet this week, and are scheduled to host the Big Ten gymnastics championship later this week. That means gymnastics equipment must be kept not he arena floor.

Doors to the arena will open at 8 p.m. Michigan and Villanova are scheduled to tip off at 9:20 p.m. Seating is on a first-come, first-served basis.