Police: Suspect arrested in 2 connected shootings near I-94 and I-275 in Romulus 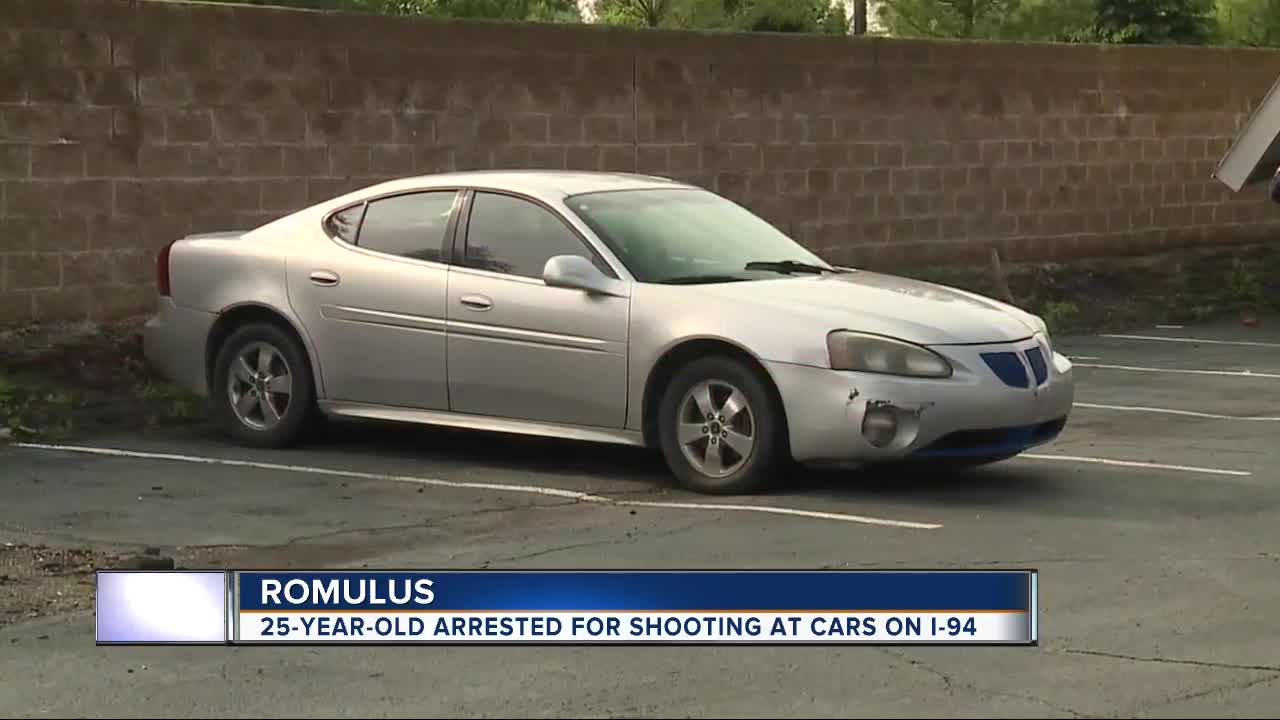 A suspect has been arrested in the I-94 and I-275 freeway shootings in Romulus, police say. 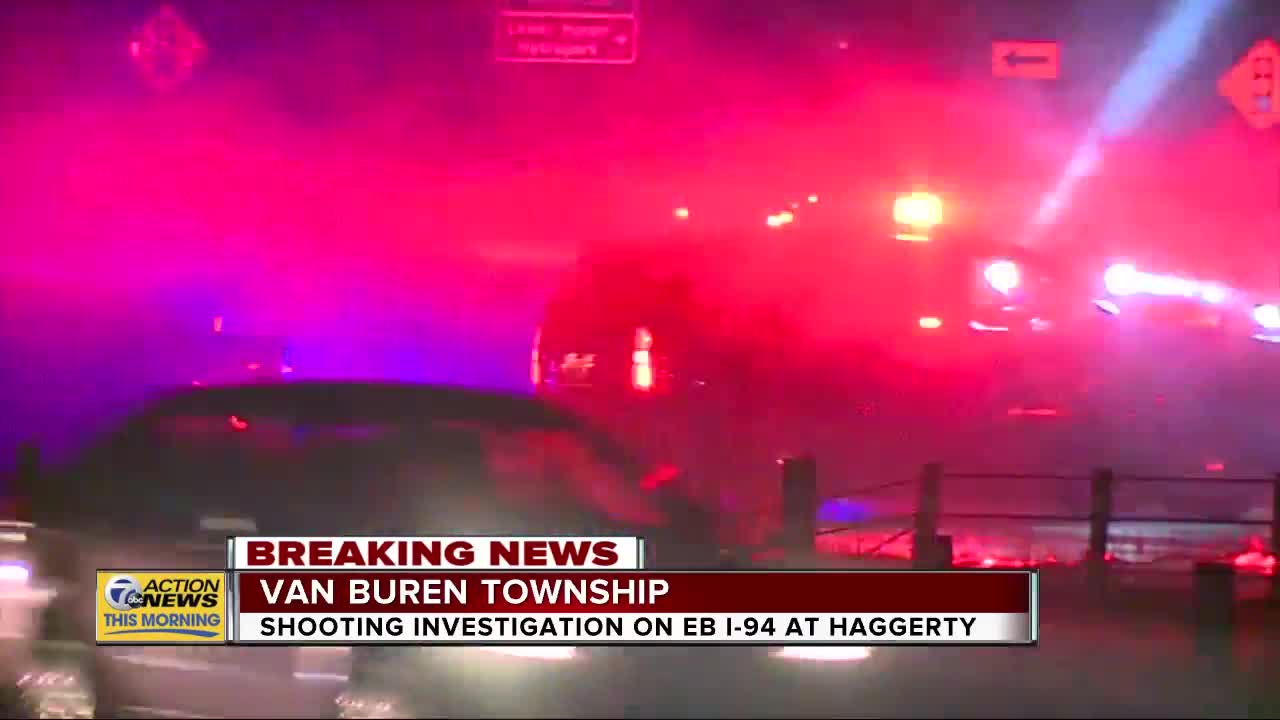 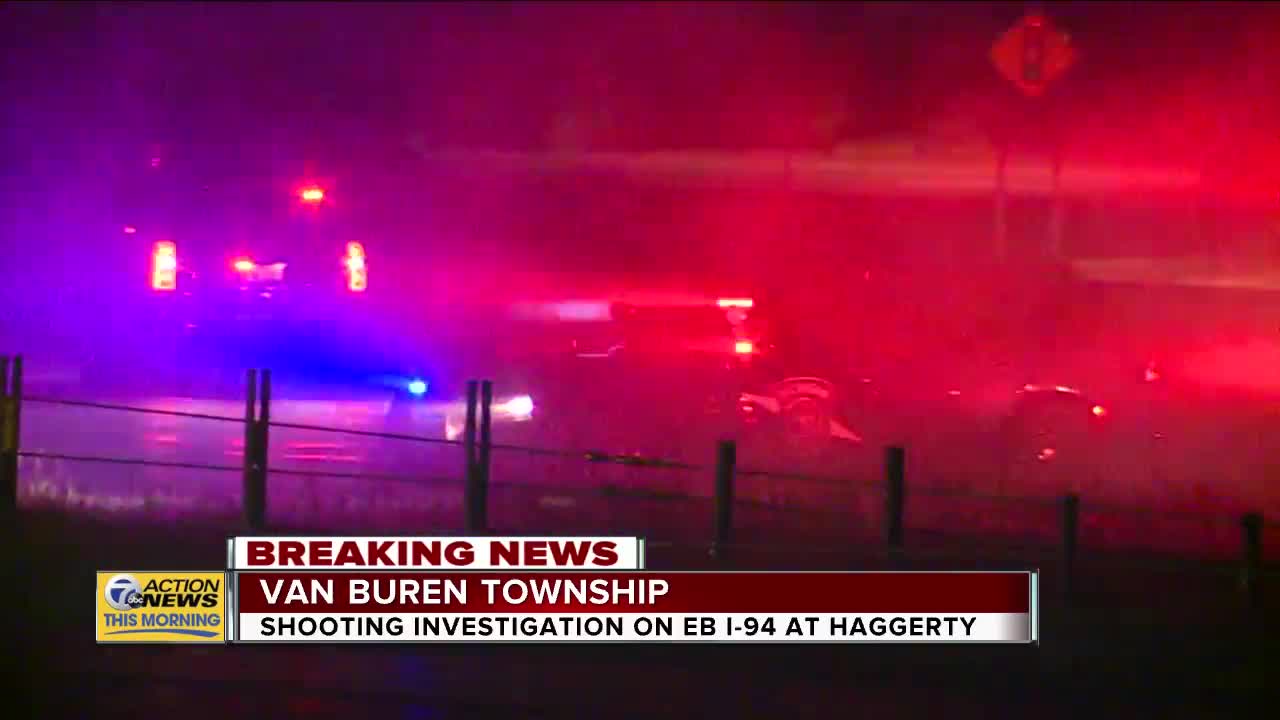 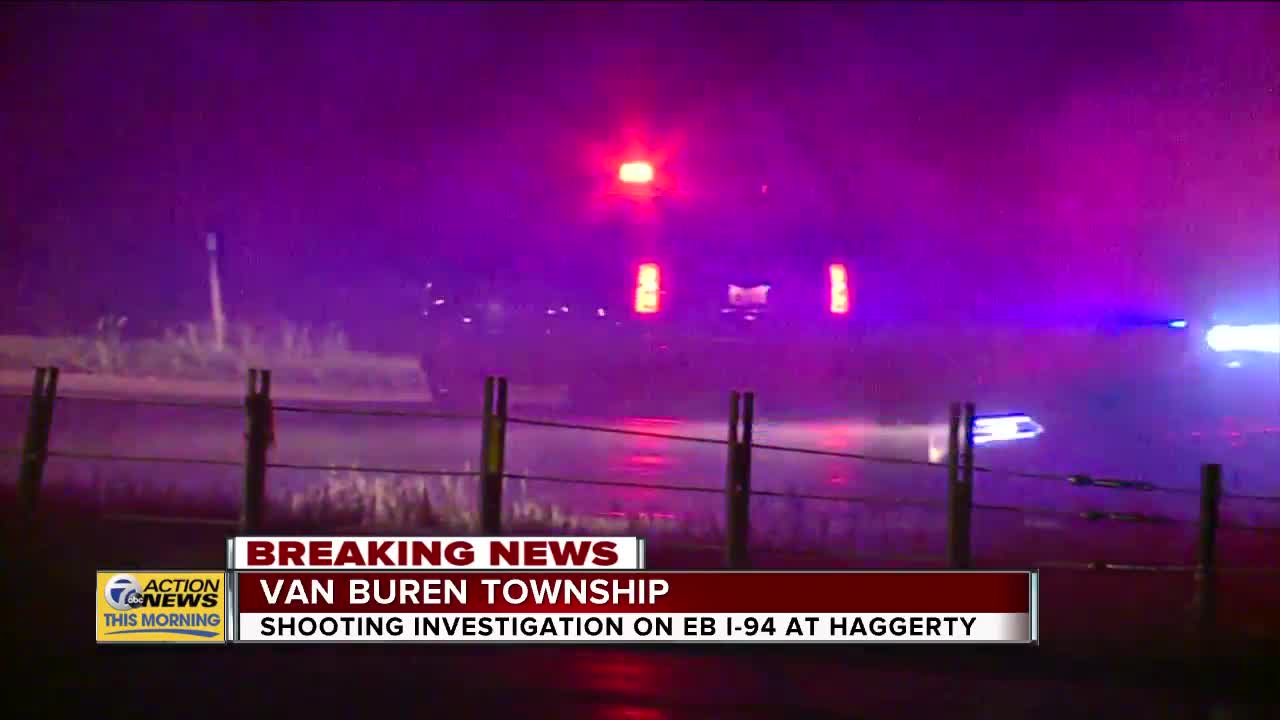 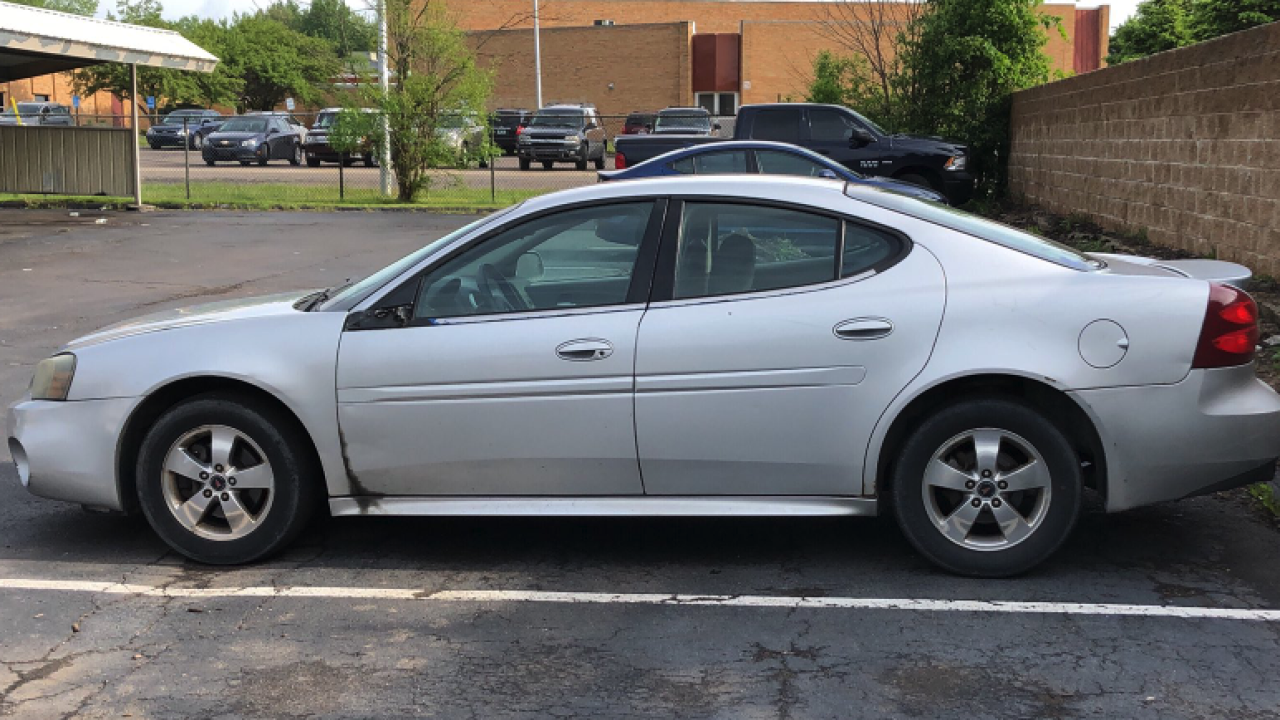 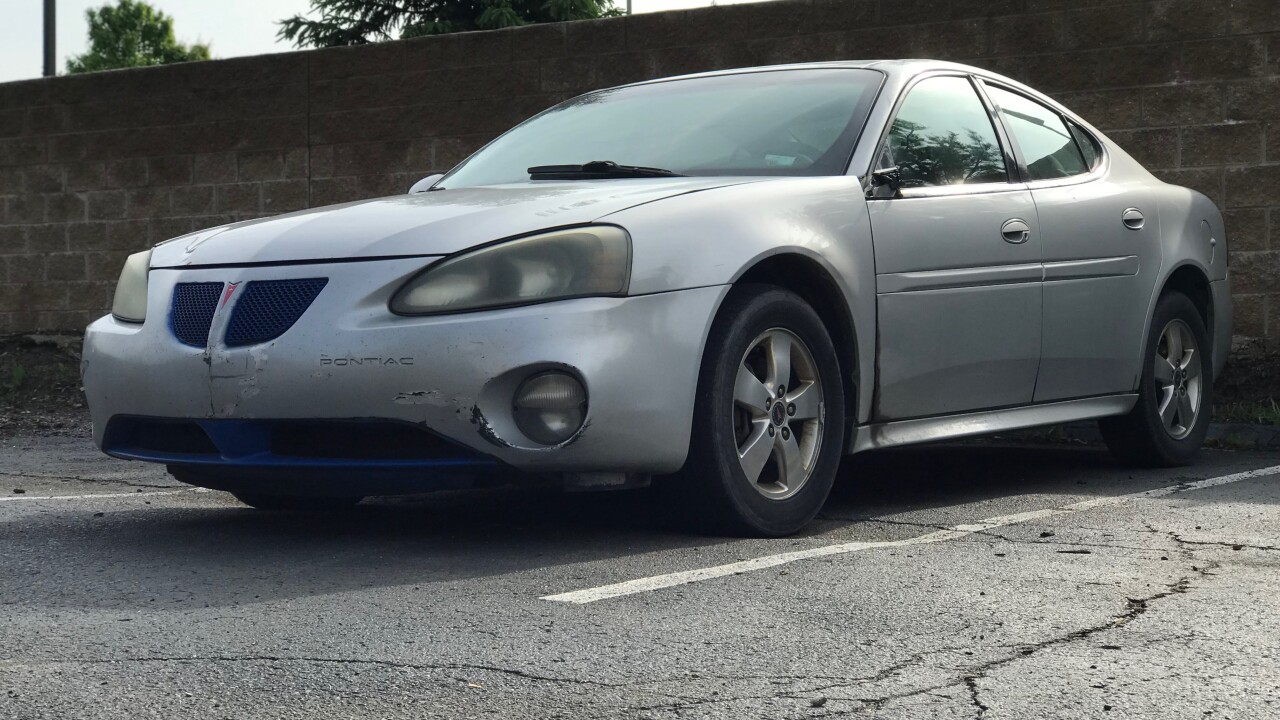 ROMULUS, Mich. (WXYZ) — A suspect has been arrested in the I-94 and I-275 freeway shootings in Romulus, police say.

Suspect in the I 94 and I 275 shooting is in custody. More to follow. pic.twitter.com/1NAyYYMaYJ

The Romulus Police Department developed leads to took them to the Barrington Apartments, where they found a vehicle matching the description of the suspect vehicle in the shootings. Troopers say "further probable cause was developed and a 25-year-old Romulus man was arrested at his apartment."

He was taken into custody without incident, and warrant packet will be sent to Wayne county prosecutors, according to police.

JUST IN: An officer has ID’d this car to us as the one believed to be involved in the shooting overnight — told an arrest was made a short while ago. @wxyzdetroit pic.twitter.com/GgdKe8yM7V

Neighbors are still trying to figure out what to make of all the marshals and @mspmetrodet troopers that showed up at their apartment complex — car found at Barrington Apartments. @wxyzdetroit #BreakingNews pic.twitter.com/6x2ch3KkYO

Tuesday morning's freeway shooting closed down eastbound I-94 at Haggerty to I-275 in the City of Romulus.

Troopers were investigating the scene after responding to a 911 call that came in around 1:00 a.m.

Police say a dark vehicle pulled alongside the victim's vehicle and fired several shots. The victim was not hit or injured, police say. The suspect then sped off from the area.

On 5/28 at approximately 1:00AM troopers from the Metro South Post were dispatched to E/B I-94 near I-275 in the city of Romulus for a Freeway Shooting. Preliminary information is a passenger vehicle was traveling eastbound on I 94 when he noticed a dark vehicle pull along side. pic.twitter.com/gsEYTyyRA0

I 94 and Haggerty has reopened. Troopers are still conducting interviews and gathering information on this incident. We will keep updating here as new information becomes available. pic.twitter.com/EiyqdDszHo

This is the second freeway shooting incident reported in two days, police say. The shootings are believed to be connected, according to Michigan State Police. Anyone who has seen suspicious activity in the area or has additional information on the shootings should contact Metro South Post at (734) 287-5000 or call 911.

Troopers are investigating both shootings that occurred on I 94 near I275. We do believe these incidents are connected. Often we are asked by the public of what they can do to help. First, this is your official source of information. If it’s not here, it may not be true. pic.twitter.com/c1LqtzSrNE