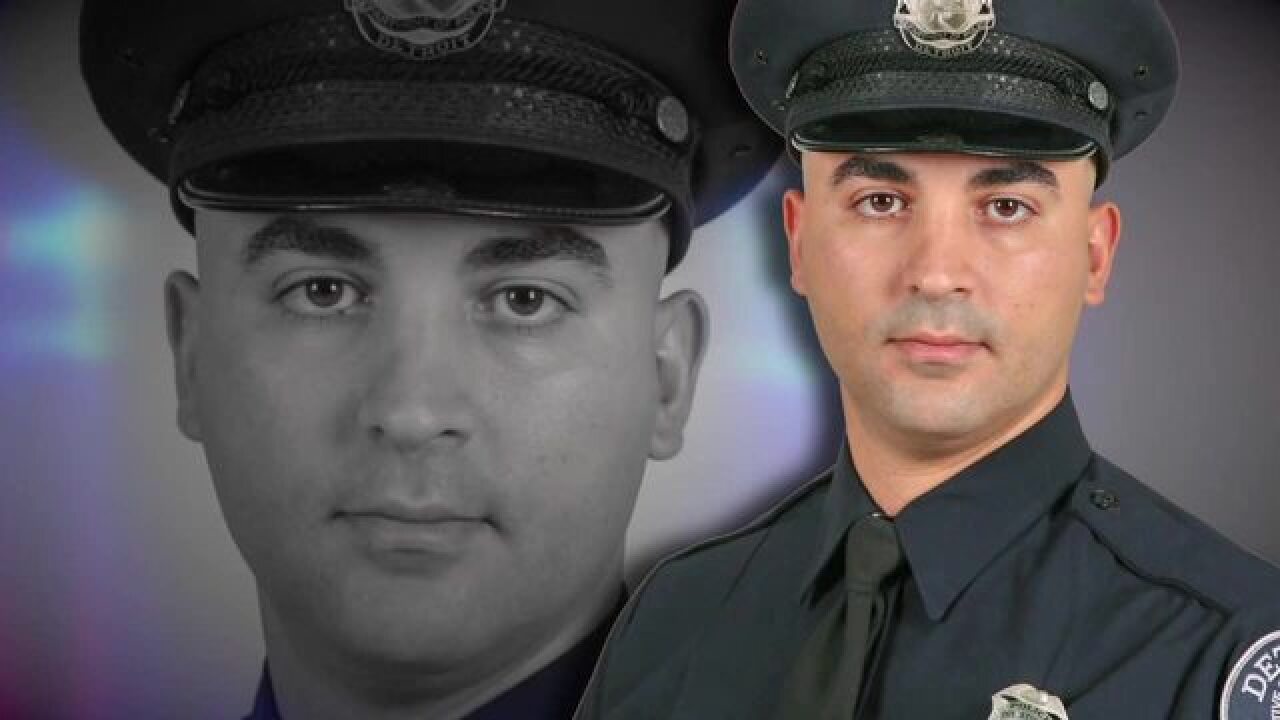 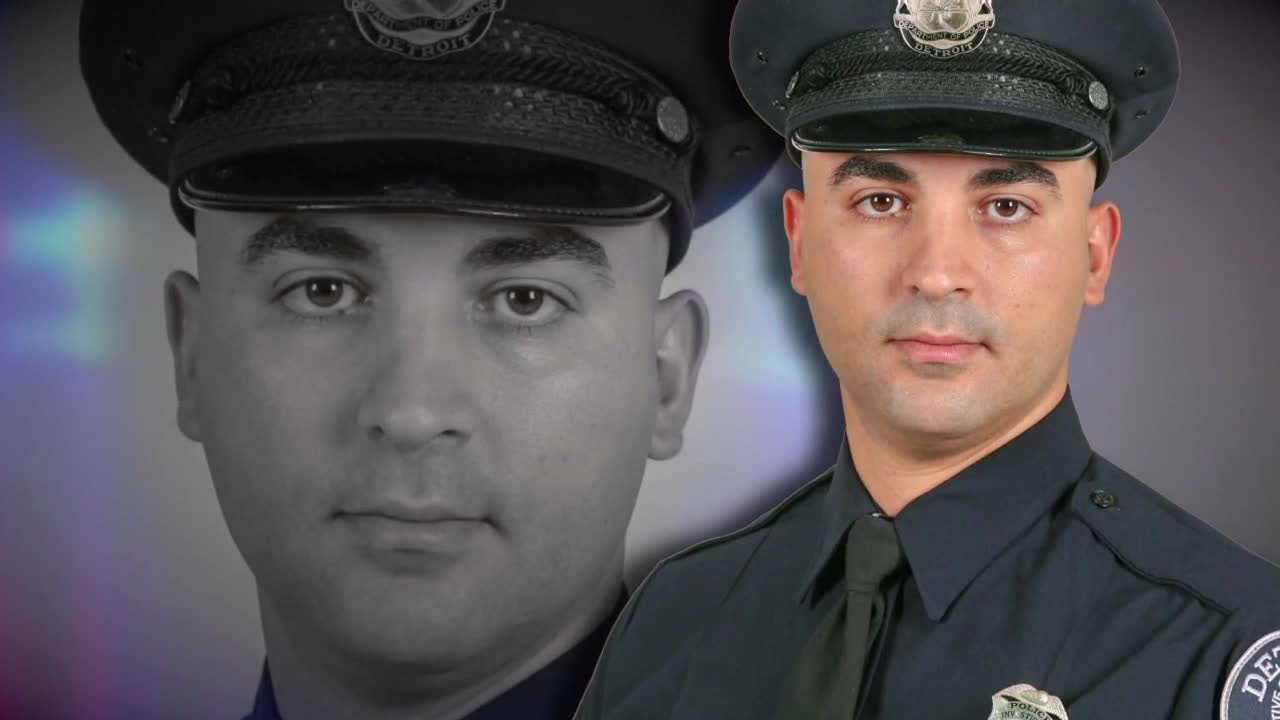 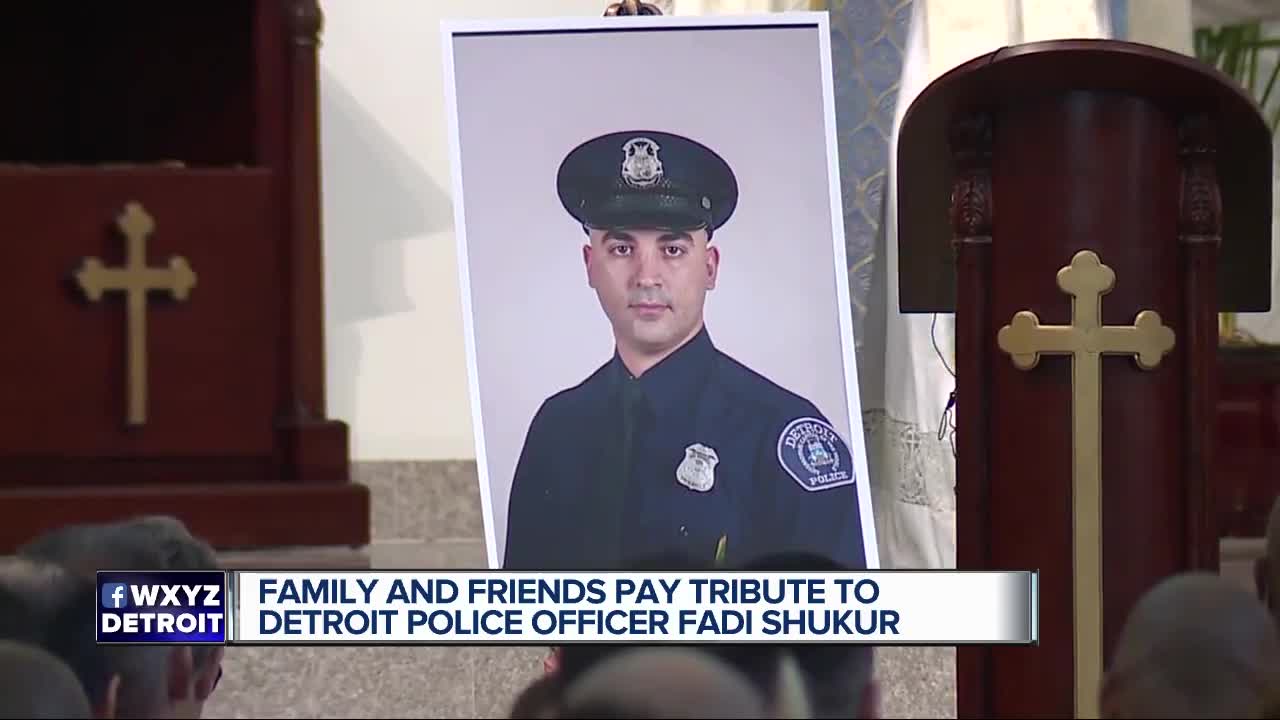 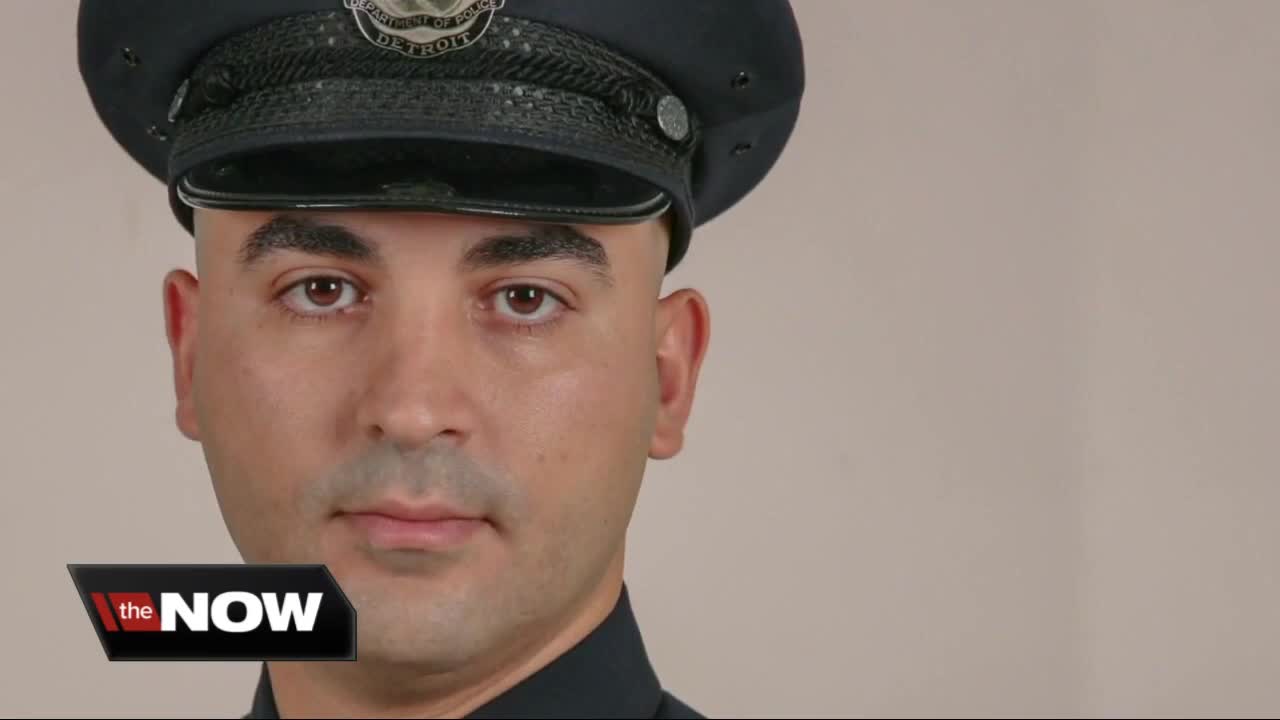 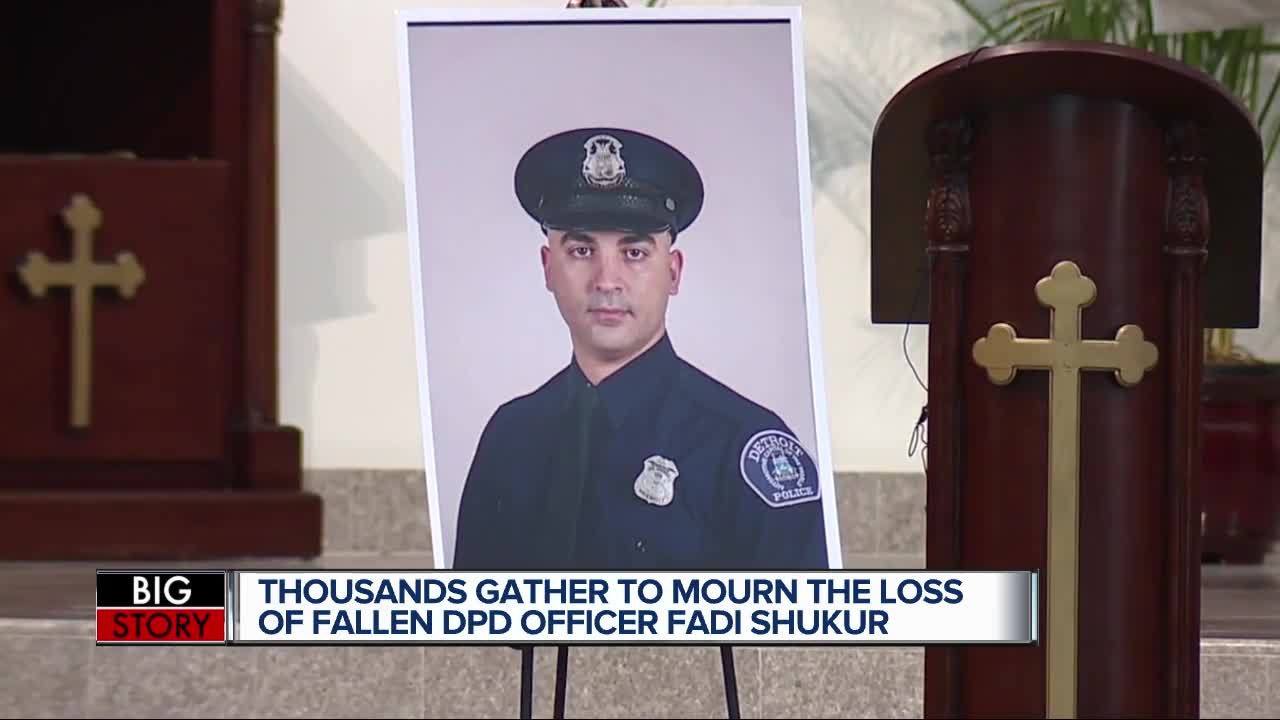 Friends and family gathered on Monday to remember fallen Detroit Police Officer Fadi Shukur. Shukur died on Wednesday after being injured in a hit-and-run earlier this month.

Watch the funeral below

Shukur's funeral was held at St. George Chaldean Catholic Church, the same church he was married in about a month ago and this was the same priest who presided over the ceremony.

Shukur and his bride honeymooned in Rome.

It was there he said something to her that would bring a tear to many eyes.

The priest paraphrased the story and explained Shukur said, “'All the beautiful cathedrals, all the beautiful basilicas that you saw, the art and the architecture.’ What did Fadi say? ‘Imagine how beautiful heaven is, can’t wait to see how that moment is.’”

Mayor Mike Duggan shared many stories about the officer including when he responded call involving a distraught woman who was caring for an infant grandchild and had no baby supplies.

Officer Shukur and his partner went to the store, opened their heart and wallet.

Duggan explained, “With diapers and baby clothes in their arms to bring them to her and as that grandmother cling to Fadi and said ‘I was at the end of my rope, I didn’t know what I was going to do,’ he gave her that big smile and said ‘I love to help.’”

Police Chief James Craig says it has been a tough time for the men and women in blue.

“We just buried an officer not even two weeks ago who was killed in an off-duty accident. So, our officers are still grieving from that loss, and here on the heels of that, here we have a line of duty death,” Craig said. “I can tell you in my 41 years I have not seen a time like this anywhere.”

On August 4 around 2:40 a.m., Detroit police were called to assist with crowd control in the area of West McNichols near Stahelin Street. Reports say Shukur was walking to his scout car when 19-year-old Jonathan David Cole hit the officer with his Jeep Liberty.

Cole sped off from the scene but later turned himself in at a Detroit Police precinct.

Cole has been charged with reckless driving and failure to stop at the scene of an accident. He was arraigned Tuesday morning. Cole received a $150,000 cash bond and ordered to have no contact with any witness including his parents.

According to Police Chief James Craig, they expected the charges to be upgraded to murder.

“A lot of pain associated with this, it’s always tough,” Craig said.

Prosecutors painted a picture of a monstrous criminal. They asked the judge to set bond at $250,000 cash, saying Cole is a flight risk since he allegedly fled the scene of the hit and run.

Prosecutors say a witness told them Cole knew exactly what he was doing.

“Despite being told by a passenger the vehicle about the presence of a pedestrian of the roadway, Mr. Cole did not brake at all, did not swerve, that statement by the witness was corroborated by surveillance video capturing that incident on camera,” Assistant Prosecuting Attorney Barbara Lanning explained.

Even though Cole turned himself in, Lanning says it was only after he destroyed evidence, with the help of his mother and father. Prosecutors also accuse him of drinking before the incident.

“Only turned himself in after-hours after flushing alcohol out of his system by drinking water and apple cider vinegar,” Lanning added.