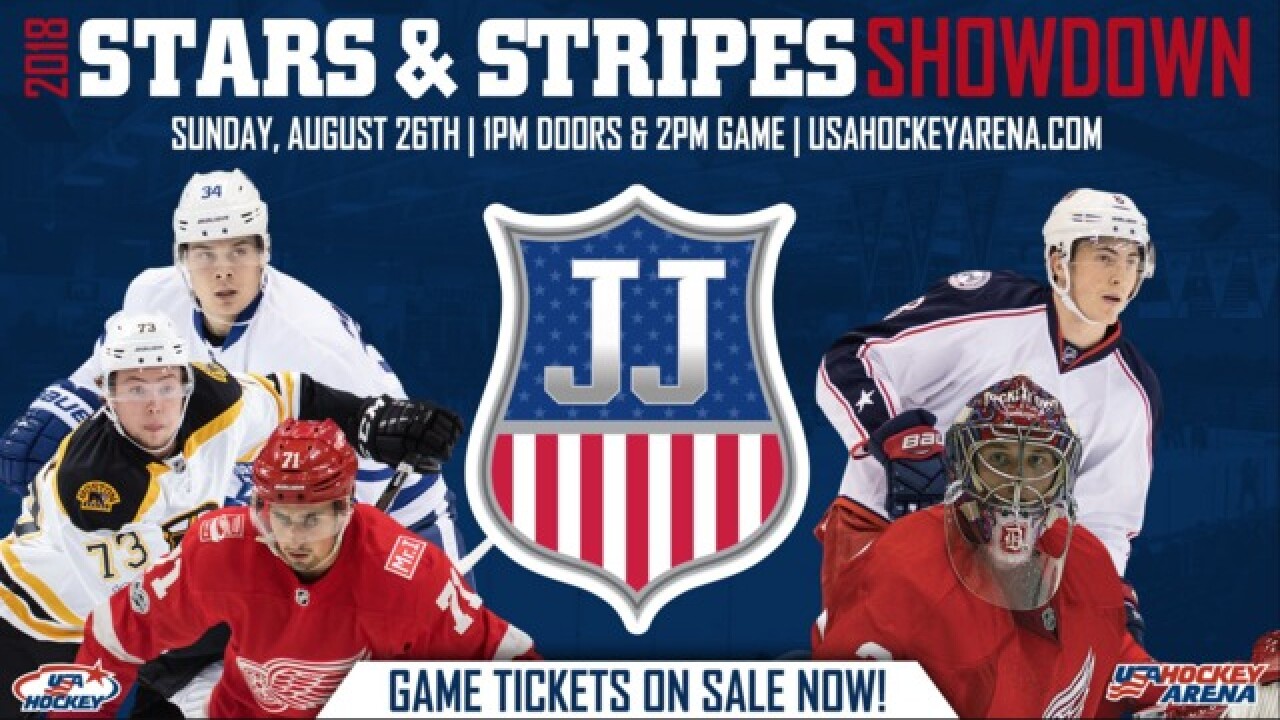 A showdown between some of the best American NHL hockey players is happening in metro Detroit this month to honor a late USA Hockey executive.

The Stars & Stripes Showdown will take place at the USA Hockey Arena in Plymouth on Sunday, Aug. 26. It honors Jim Johansson, the assistant executive director of USA Hockey who died unexpectedly in January in Colorado Springs.

Others include Auston Matthews from the Toronto Maple Leafs, Zach Werenski from the Colubmus Blue Jackets, James van Riemsdyk from the Philadelphia Flyers, Ryan Suter and Zach Parise from the Minnesota Wild and more.

All proceeds will benefit the Jim Johannson Legacy Fund of the USA Hockey Foundation and the Ellie Johannson College Fund.

You can also donate online here or by sending a check or money order to: