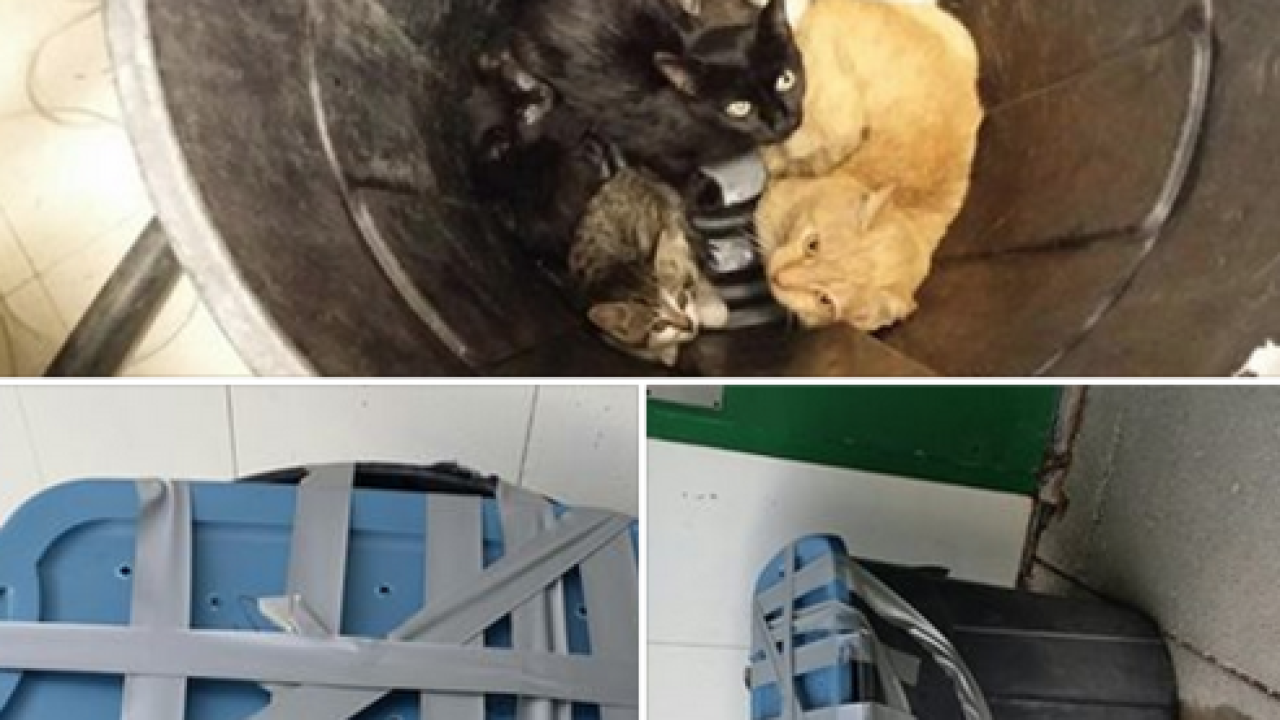 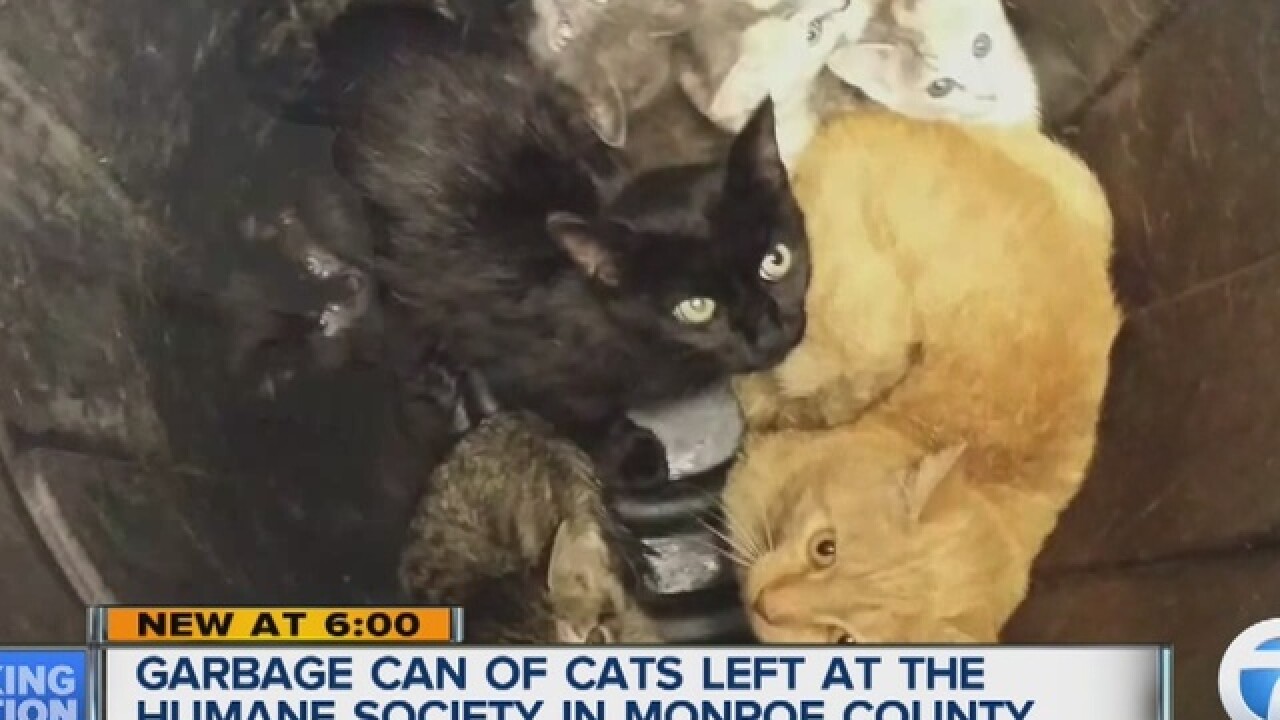 Workers at the Humane Society of Monroe County are outraged after a garbage can with 5 kittens and 2 cats was dumped outside the shelter Wednesday night.

The animals were all covered in their own urine. We're told they're all feral, but the Humane Society believes the kittens can be rehabilitated and adopted. As for the cats, they are trying to find a barn program or another suitable place for them.

Assistant Manager Margo Ludwig says "This is not ok. These animals are traumatized now. They're scared. They don't know what's going on."

Ludwig says this kind of thing happens often. Other cats, dogs, even a pet snake have been left outside recently.

Wendy Graber, who's the director of operations, says they are at capacity. However, they will always work to find resources to help people and their animals.

"We'll figure out a way. Don't leave them outside. There's never a reason to leave them like that. Ever."

The shelter plans to install security cameras and says anyone caught leaving animals outside of the shelter will be "prosecuted to the fullest extent of the law."

If anyone has any information about the incident, call the Humane Society of Monroe County at 734-243-3669.