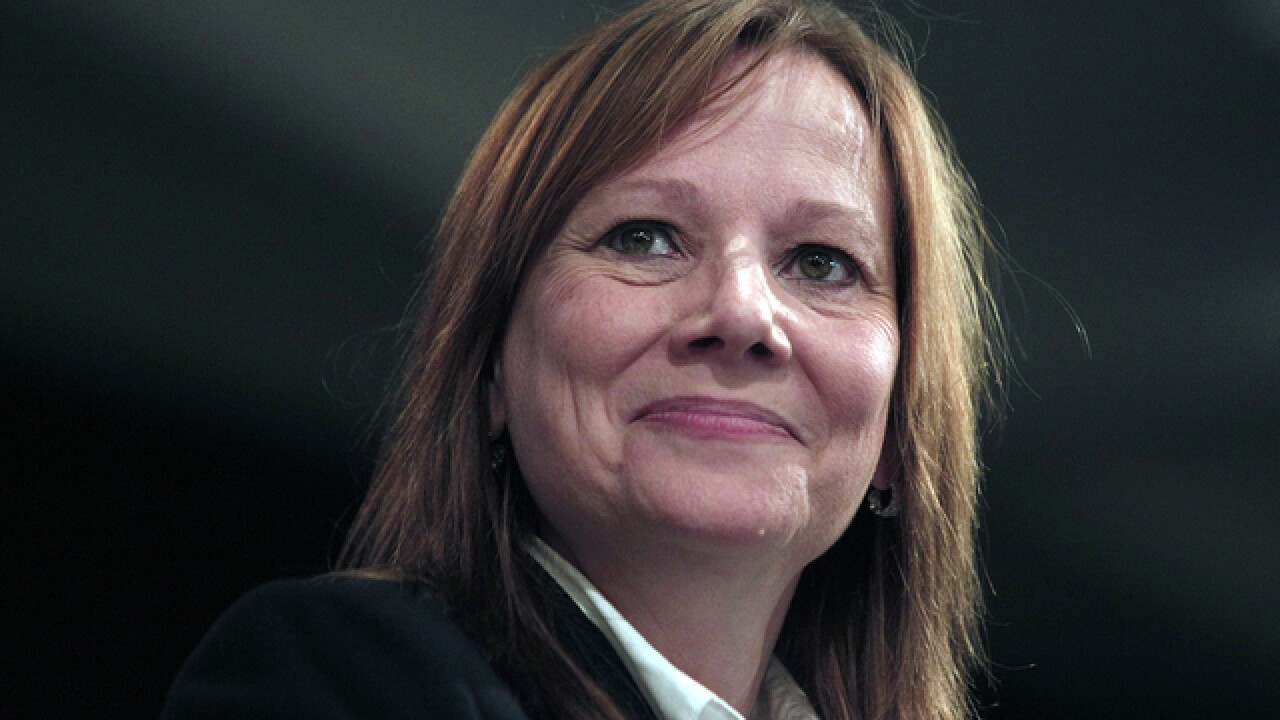 Bill Pugliano
<p>DETROIT, MI - OCTOBER 28: General Motors Chief Executive Officer Mary Barra address the Detroit Economic Club October 28, 2014 in Detroit, Michigan. Barra announced that GM will be investing $540 million in its plants in Michigan. $240 million of that will be invested in the company's Warren Transmission Plant, allowing them to produce the transmissions for the next-generation Chevrolet Volt in Michigan, as opposed to in Mexico. (Photo by Bill Pugliano/Getty Images)</p>

Fortune's list of the Most Powerful Women is out, and General Motors CEO Mary Barra slipped to number two on the list.

Barra had been ranked number one for the past three years.

"GM hit a few speed bumps in the past year: The Chevrolet Bolt EV, once a bestseller, slipped behind all three of Tesla’s electric cars in sales, while a brewing trade war with China threatened the automaker’s profits," Fortune writes.

"Meanwhile, GM recorded a $3.9 billion loss in 2017, owing largely to the new U.S. tax law. Still, Barra is barreling ahead. She scored a $2.25 billion investment in autonomous-vehicle venture GM Cruise from the SoftBank Vision Fund and plans to deploy GM’s first self-driving cars for ridesharing in 2019."

Marillyn Hewson, chairman, president and CEO of Lockheed Martin, made number one on the list.