GM to invest $2.2B in Detroit-Hamtramck plant, create 2,200 jobs to make electric vehicles 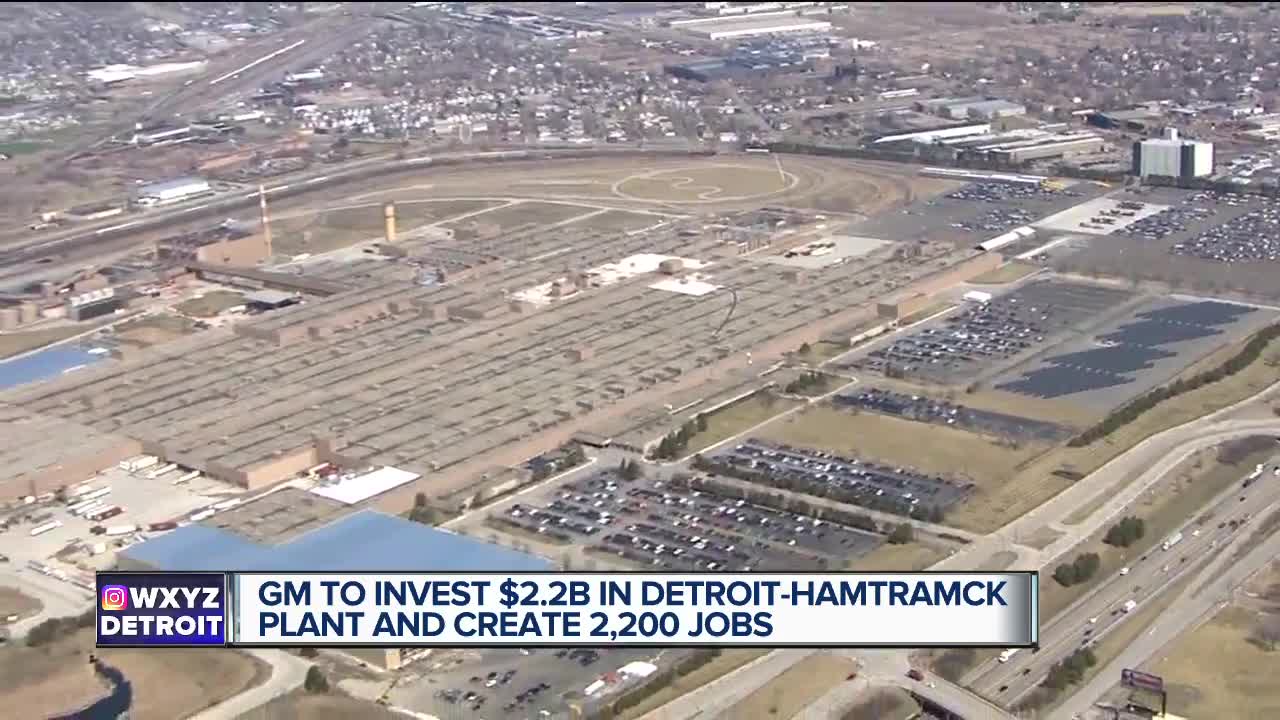 General Motors announced Monday it is investing $2.2 billion in the Detroit-Hamtramck Assembly Plant and will make it the company's first assembly plant fully devoted to making electric vehicles. 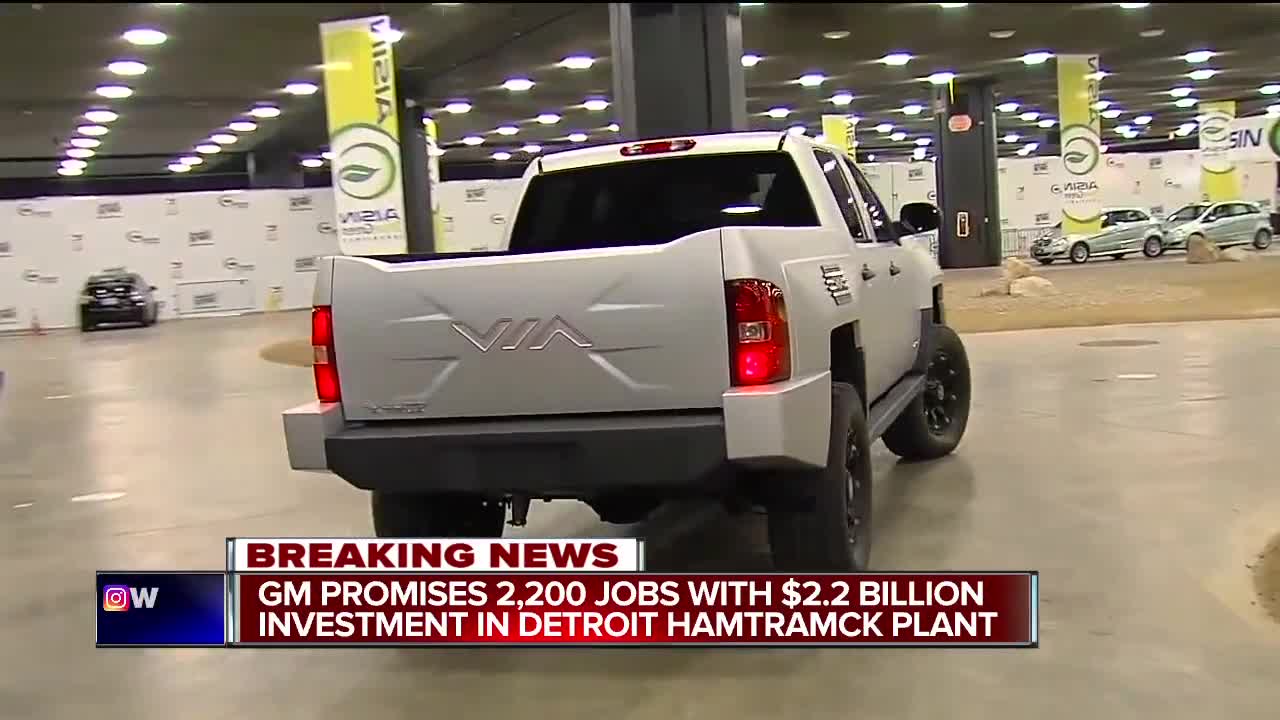 (WXYZ) — General Motors announced Monday it is investing $2.2 billion in the Detroit-Hamtramck Assembly Plant and will make it the company's first assembly plant fully devoted to making electric vehicles.

The announcement comes more than a year after the company announced it would shutter the plant as part of restructuring. It was expected to close in January but was saved as part of the new 4-year contract with the UAW signed last fall.

GM said that it will soon be followed by the Cruise Origin, a shared, electric, self-driving vehicle unveiled by Cruise in San Francisco last week.

"Through this investment, GM is taking a big step forward in making our vision of an all-electric future a reality," GM President Mark Reuss said on Monday. "Our electric pickup will be the first of multiple electric truck variants we will build at Detroit-Hamtramck over the next few years."

When the plant becomes fully operation, GM said the investment will create more than 2,200 manufacturing jobs. The company also said it will invest an additional $800 million in supplier tooling and other projects related to the launch of an electric truck.

“General Motors announcement of new electric truck production at Hamtramck maintaining 2,200 UAW jobs, is a testament to the perseverance of our UAW members and UAW Region 1 under the direction of Frank Stuglin," UAW Vice President Terry Dittes said in a release. "Over 2,200 jobs and a new technology product will deliver job security and a bright economic future for UAW members for decades to come at Hamtramck.”

Since the fall of 2018, GM said they have invested more than $2.5 billion in Michigan to bring electric vehicles to market, including at the Orion Assembly Plant, GM Batter Lab in Warren, Brownstown Township and the Detroit announcement.

At the Detroit-Hamtramck Plant, all of the paint, body shops and general assembly area will get comprehensive upgrades, including new machines, conveyors, controls and tooling.

"The support from the state of Michigan was a key element in making this investment possible," Reuss said. "This investment helps ensure that MIchigan will remain at the epicenter of the global automotive industry as we continue our journey to an electrified future."

Currently, the Detroit-Hamtramck Plant has one shift of production and builds both the Cadillac CT6 and the Chevy Impala. There are 900 people employed at the plant. It's still scheduled to be idled for several months at the end of February as renovations begin.