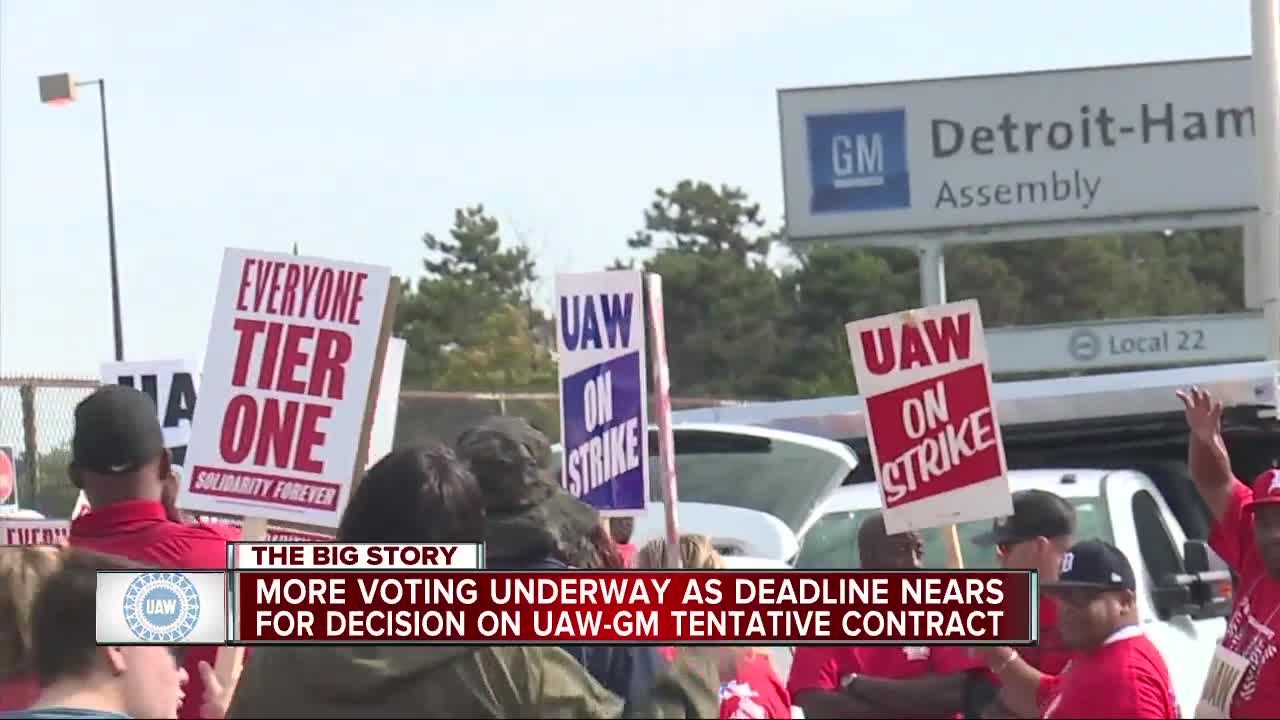 Deal or no deal? Voting continues on the General Motors tentative agreement with the United Autoworkers union. 7 Action News is learning how one group of workers in parts warehouses are voting "no" here and in other cities.

(WXYZ) — 7 Action News has learned that people who work inside GM parts warehouses don’t like the tentative agreement reached with their union.

That includes workers at UAW Local 653 in Pontiac who work at CCA, Customer Care Aftermarket Parts. Their brothers and sisters in parts warehouses in Chicago and Cincinnati have also voted no.

The workers in Pontiac say they were hired after 2015 and are in their own lower-tier pay group and even when they climb to the top in eight years, they will still make $7 an hour less than other employees.

So far, the voting is showing systemwide in GM with production and skilled trades, the deal is passing by about 60% yes and 40% no. But, votes are happening Wednesday in Pontiac and Flint, Thursday at Detroit-Hamtramck and Romulus and on Friday at Orion Assembly.

If ratified on Friday evening, some workers could be back on the job this weekend and the rest likely on Monday.

And losses continue to add. According to the Anderson Economic Group in East Lansing, General Motors losses are at $1.75 billion, workers including those outside of GM with suppliers and vendors have lost $989 million. GM workers stand to collect $485 million in ratification payments.