Go easy on caffeine during pregnancy, for sake of your baby's liver 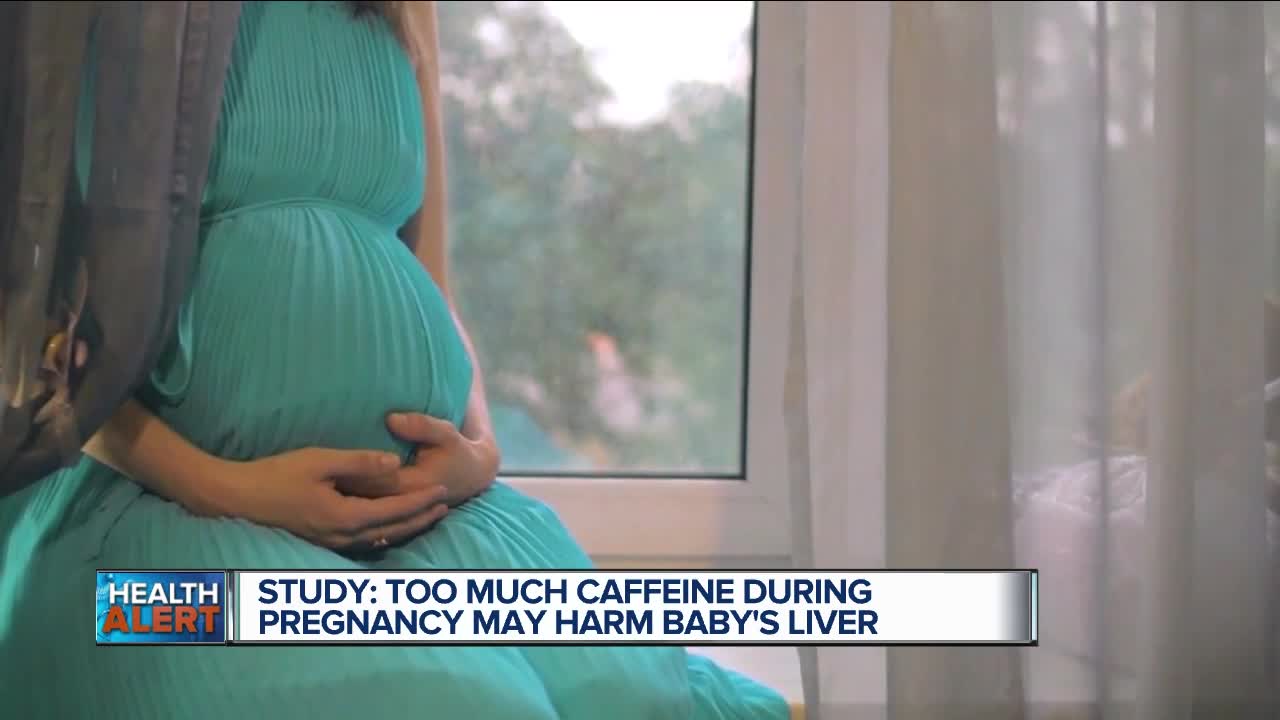 Can drinking too much caffeine while pregnant damage your baby’s liver? According to a new study, the answer is yes. But how much is too much?

(WXYZ) — Can drinking too much caffeine while pregnant damage your baby’s liver? According to a new study, the answer is yes. But how much is too much?

Tell us about this study

This animal study was just published in the “Journal of Endocrinology” and centered around female rodents. Now researchers found that high amounts of caffeine during pregnancy could damage not just a newborn’s liver, but it could also affect their overall growth and development. It could also lead to lower birth weights and increase the risk of liver disease later on in life.

How could caffeine do that?

The findings suggest that caffeine comparable to three or more cups of coffee a day, could change certain hormones levels, which then may impair the baby’s liver growth and development. Because after the baby rats were born, researchers found that they had higher levels of corticosteroid, a stress hormone, and lower levels of IFG-1, which is a liver hormone. Now this study involved rodents, so this does not mean the exact same thing will happen to humans, but expectant mothers should definitely be cautious when it comes to caffeine.

How much caffeine is considered safe during pregnancy?

I know that answer really well because as many of you know, my wife Kali is pregnant. And she is a BIG coffee and tea lover, typically having a couple cups of coffee in the morning and an iced tea in the afternoon. But now that she’s carrying our third son, she’s pretty much given up everything except for one half-caffeine coffee in the morning. And I can tell you that it’s a bit rough for her but she is a true rock star and a health hero. Yes, she’s more tired than usual but that’s not unusual for many pregnant women. But back to the question, according to the American College of Obstetricians and Gynecologists, less than 200 mg per day appears to be safe during pregnancy. However, I’d like to point out that the researchers for this latest animal study are recommending that pregnant women avoid caffeine until these findings can be confirmed in humans.

This week on The Dr. Nandi Show, Are we different or the same? The Changing American Family. Dr. Partha Nandi, MD knows families come in all shapes and sizes, each with their own challenges. Dr. Gail Parker discusses how families are integrating. Open adoption, ethnic diversity and a panel of recent college graduates all highlight how today's families are succeeding with patience, understanding, and love. Tune in this Sunday, August 4th at 12 pm.