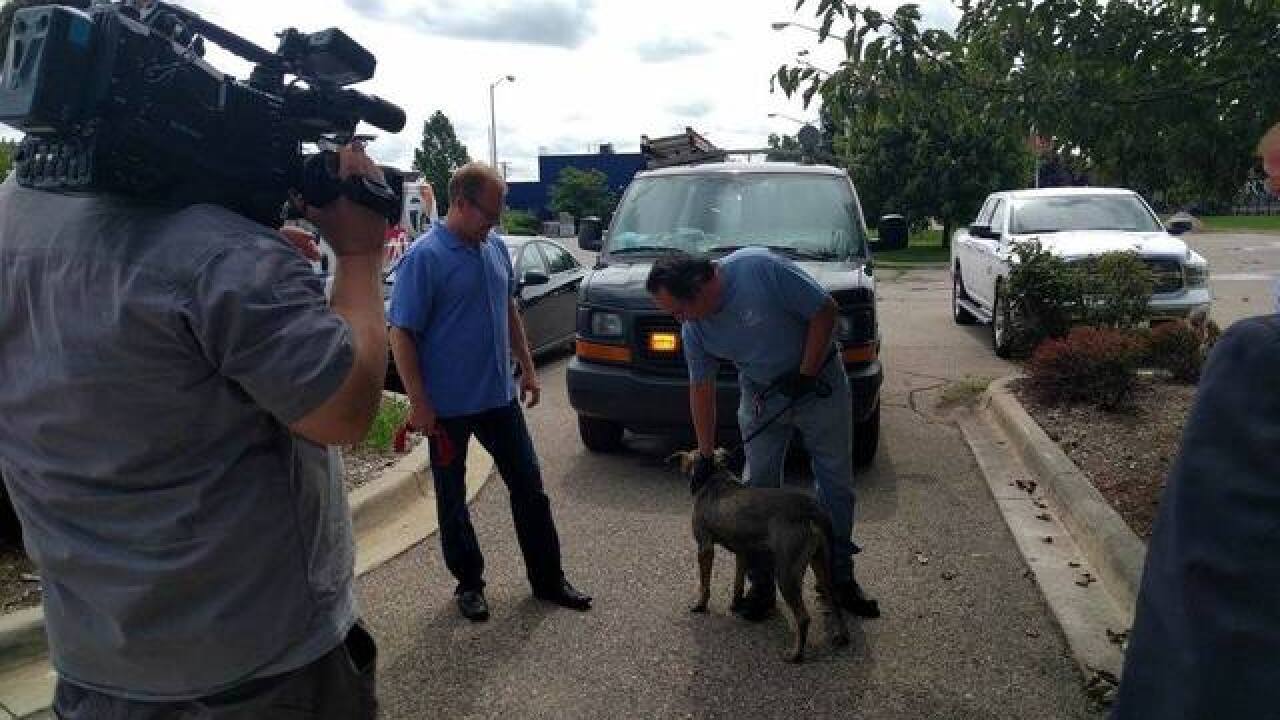 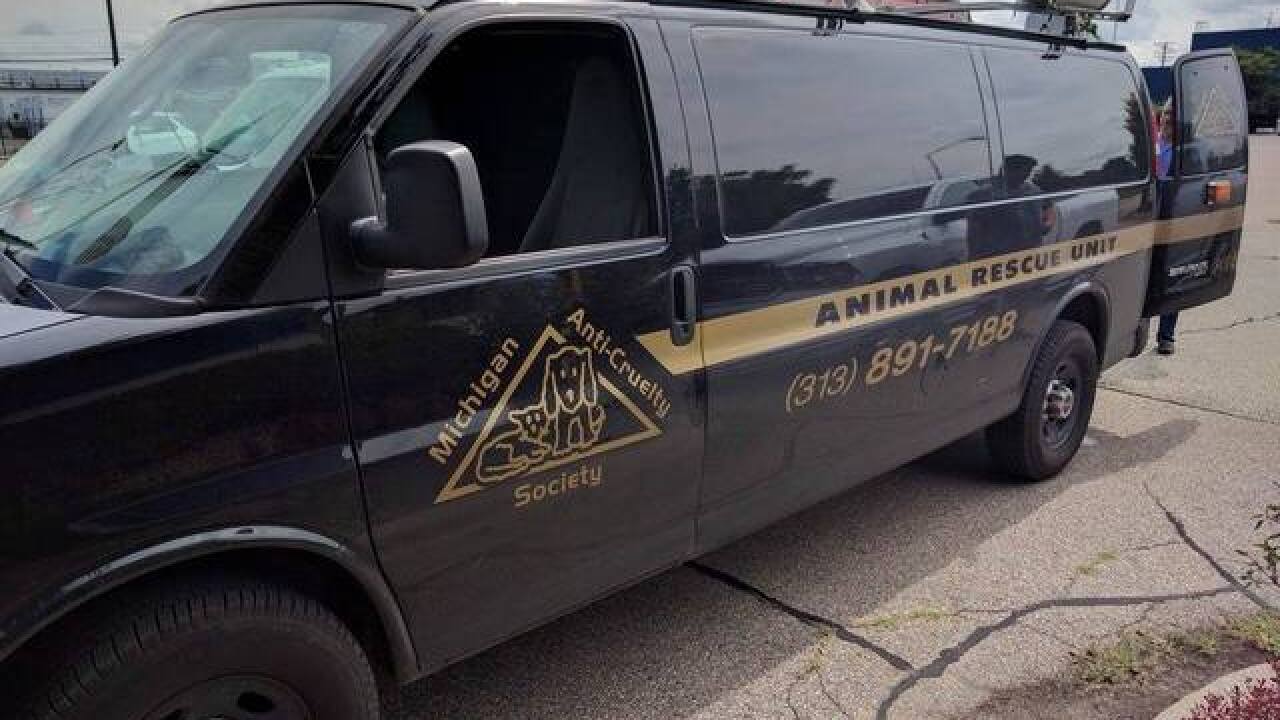 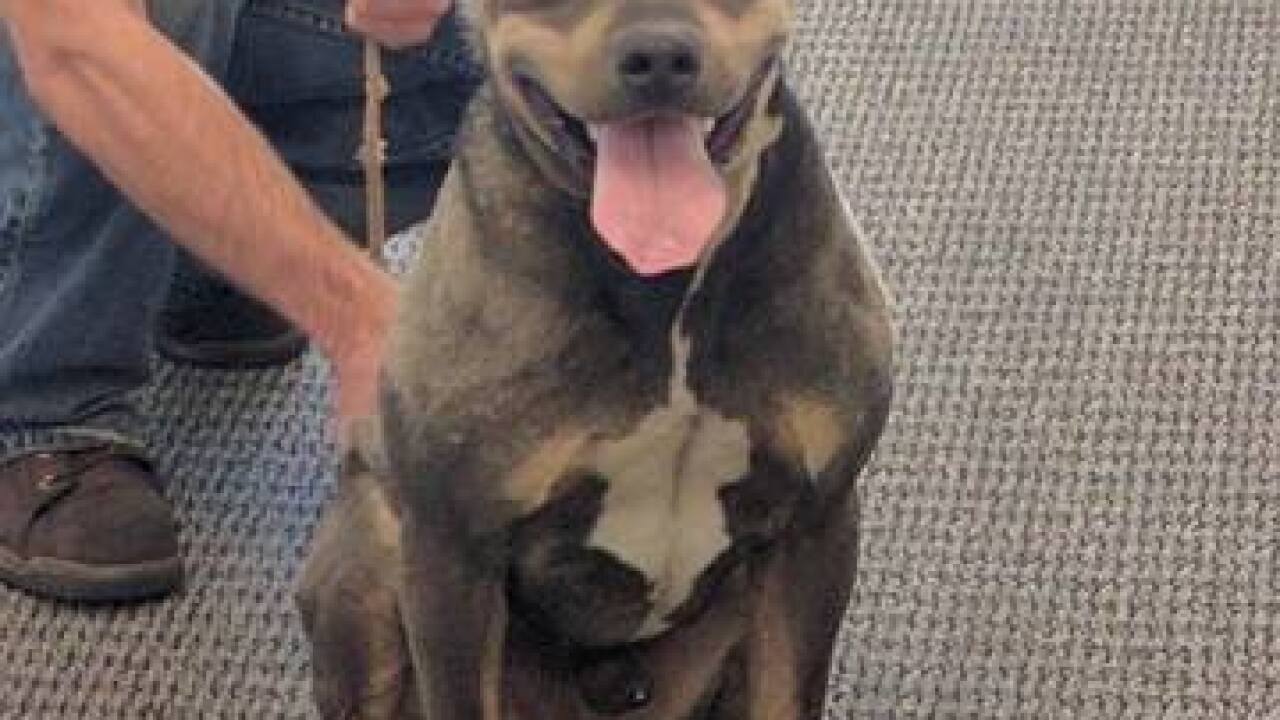 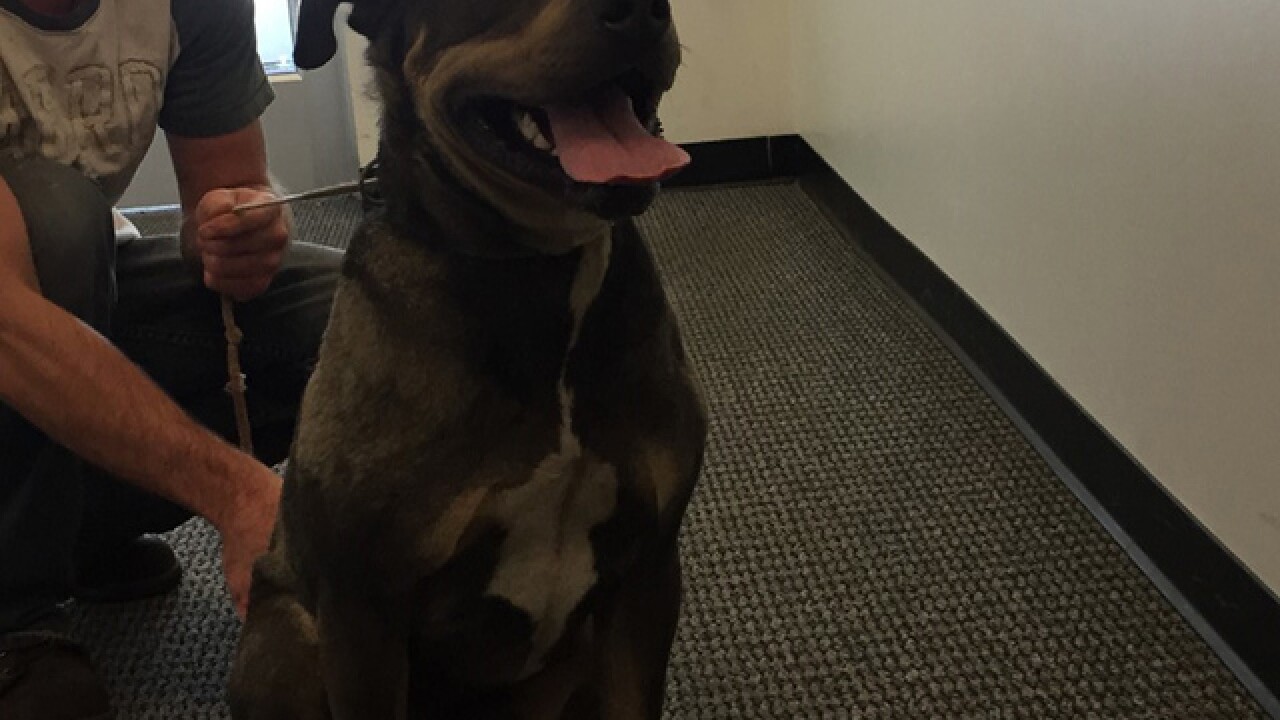 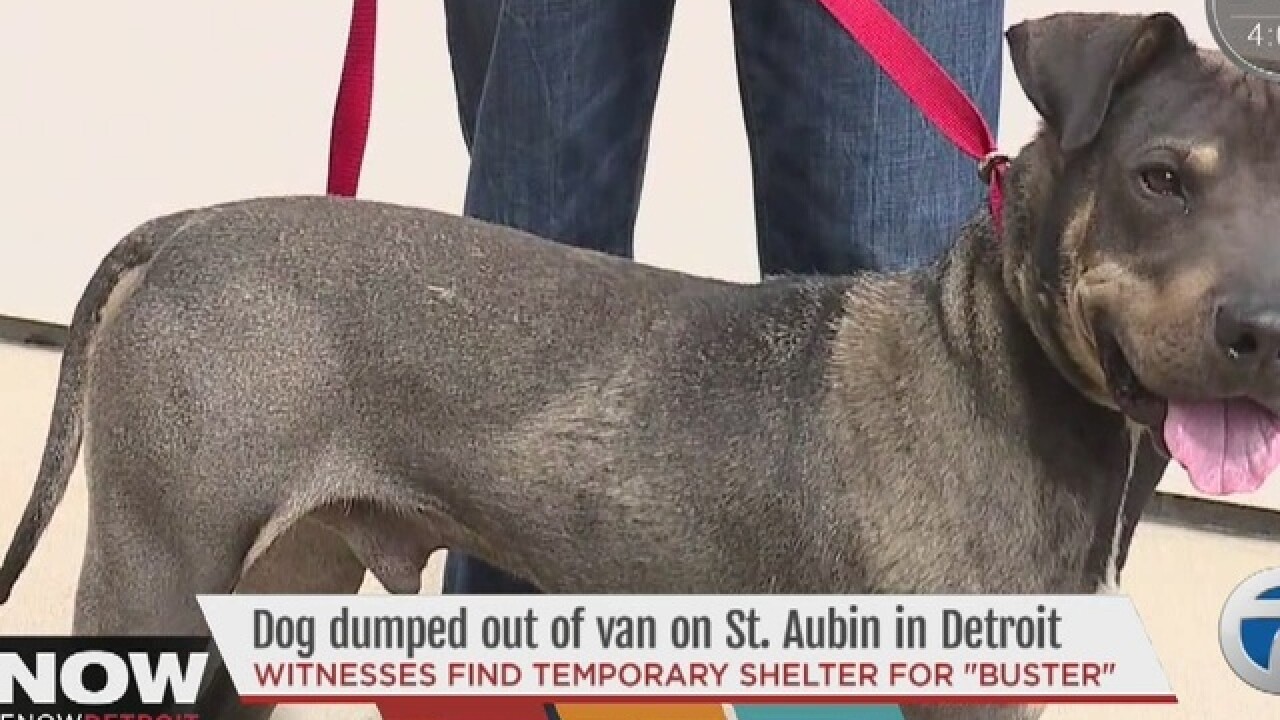 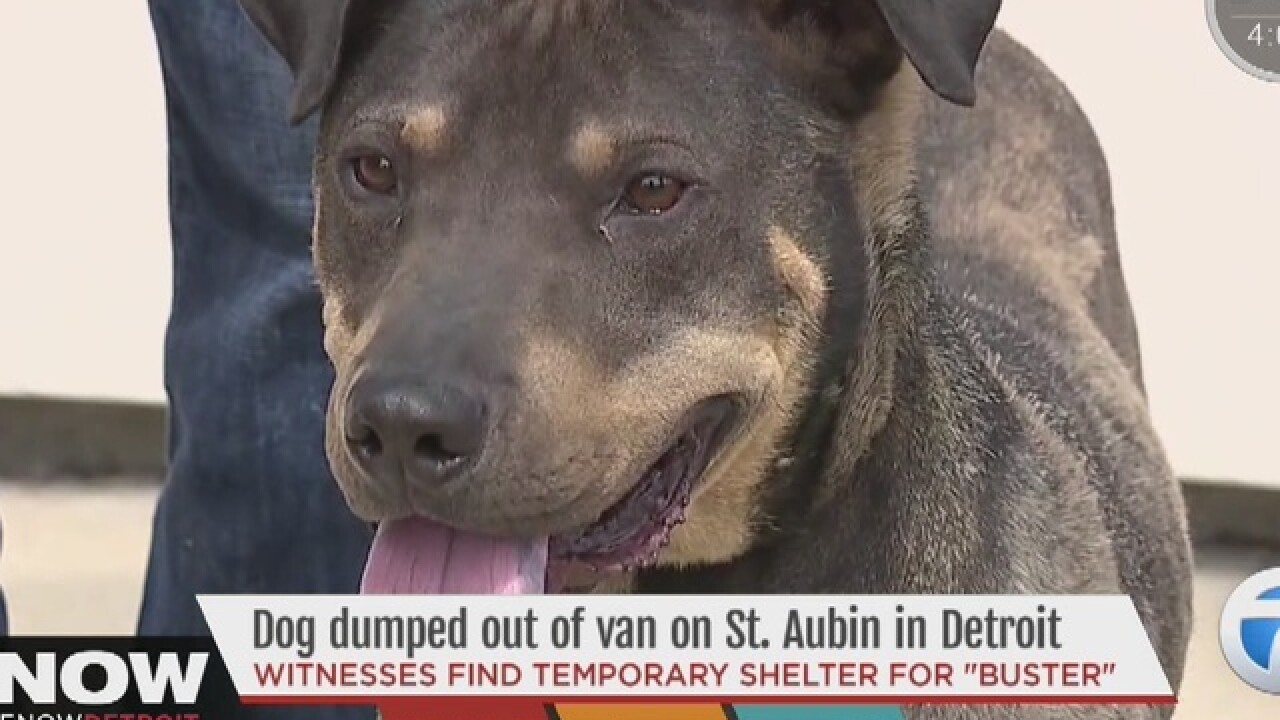 Good Samaritans came to the rescue after a dog was dumped on the side of the road Wednesday morning.

Surveillance cameras captured the scene. Now, animal lovers are hoping someone will recognize the dog, or the van in hopes of identifying the owner who abandoned him.

The dog was kicked out of a white van near automotive supplier Omaha Automation in Detroit. You could see on surveillance that he was confused, running after the van.

Employees of the business noticed what was happening and went to the dog's rescue. They took the dog in and gave him a temporary name..."Buster".

"I just don't understand it. I don't know why they wouldn't give it up for adoption," said Scott Muschong, Vice President of Omaha Automation.

"Even when it was here, it was kind of walking around wondering what was happening. It was getting a lot of love and attention inside so I think that eased the discomfort maybe it had, but it is heartbreaking. It's very heartbreaking to see that."

If caught, the driver of the van could face animal abandonment charges.

The Michigan Anti-Cruelty Society took Buster in. It was the second time in one day they have rescued a dog dumped on the road.

"It is heartbreaking every time we do this, which is everyday," said Art Alvarado.

"He looks great. Short nails no ingrown colors, no fly damage to the ears. Nice shiny coat, somebody obviously took care of him for a while. Why they dumped him on the street? We will never know."

The dog will be taken to the shelter for evaluation, and if he passes the test he will soon be up for adoption.