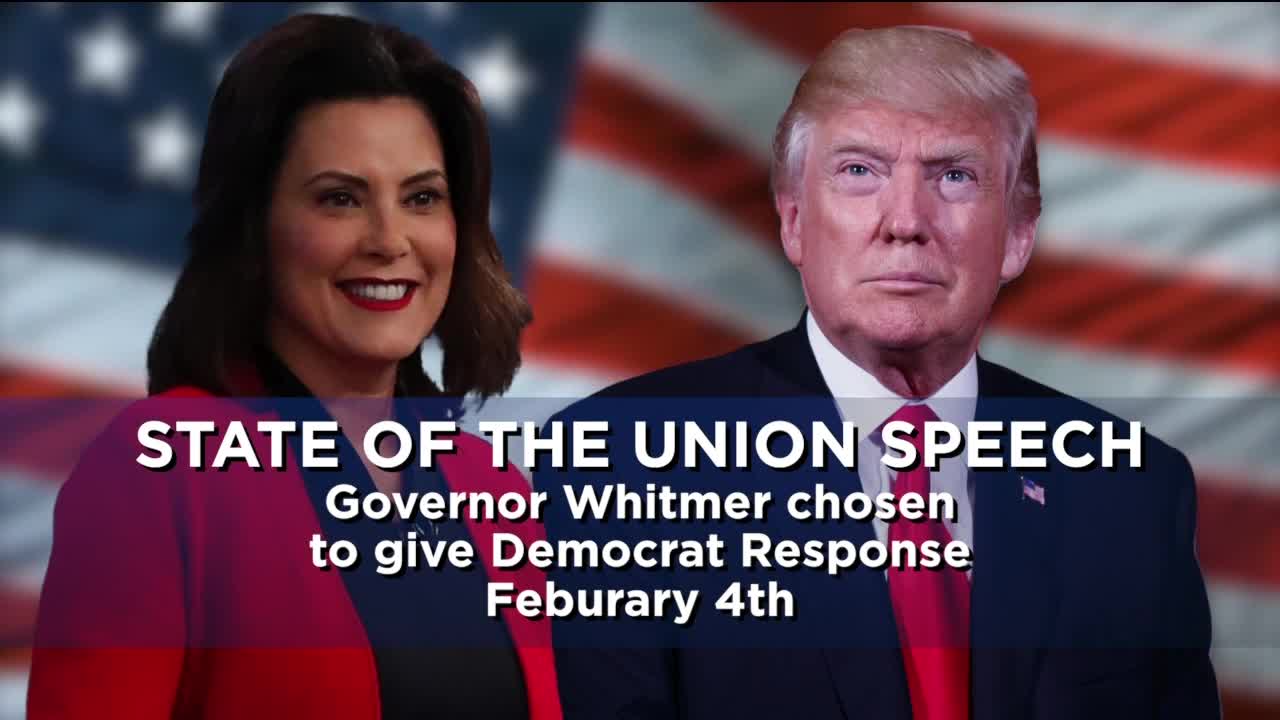 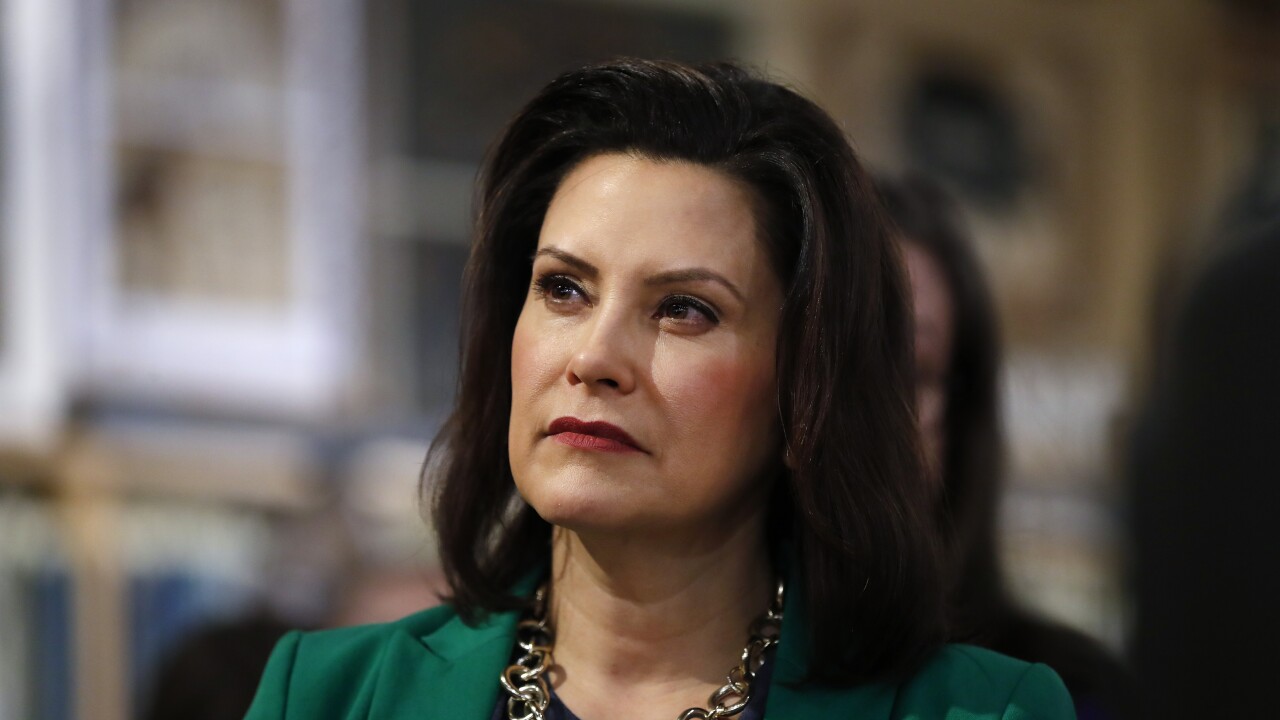 (WXYZ) — Michigan Gov. Gretchen Whitmer will be one of two people who will deliver the Democratic response to President Trump's State of the Union on Feb. 4.

Texas Rep. Veronica Escobar will deliver the Spanish language response to the speech.

"Governor Whitmer's dedication to Michiganders is a model for public servants everywhere. Thanks to her tireless efforts, thousands more families across the state have access to quality health care, safer drinking water and the opportunity for a good-paying job," Schumer said in a release. "Whether it's pledging to 'Fix the Damn Roads' or investing in climate solutions, Governor Whitmer's vision for the future is exactly what this country needs, and I'm thrilled she is giving the Democratic response.”

“Across the country, Democrats are staying focused on building a stronger, more sustainable country for future generations” Whitmer said in the rlease. “As leaders, it’s our responsibility to ensure a safe, healthy future for our children and families, and that’s exactly what we’re working toward in Michigan. That means protecting our environment from the harmful effects of climate change, ensuring a great public education that gets our kids on a path to a good job that they can raise a family on, and keeping them healthy by expanding access to quality, affordable health care and protecting those with pre-existing conditions. This response is an exciting opportunity to show the American people that not only are Democrats getting things done for them, but also for future generations to come.”

“Since day one, Governor Whitmer has rolled up her sleeves to get things done for the people of Michigan,” Pelosi added. “During her time in public service, she has led the charge to expand health care to hundreds of thousands of people, expand protections for hard-working middle-class families and ensure clean drinking water in our communities. Her decades of hard work on behalf of the people should serve as a model for our nation. She’s a forward-looking leader who is laser-focused on solving problems for everyday Michiganders and is uniquely qualified to deliver Democrats’ message of progress for all Americans.”

The State of the Union will happen on Tuesday, Feb. 4, with the Democratic response coming shortly after the speech concludes.

"Governor Whitmer has failed to prove herself to Michiganders. From our crumbling roads she promised to fix, to holding Michigan's most vulnerable communities hostage for a massive gas tax, it is only fitting that she is joining in on the same D.C. parlor games the people of our state resent.” said Michigan Republican Party Chairman, Laura Cox. Cox continued, "The governor broke every promise she made on the campaign trail. She’s had ample time to make a difference for our state, but her past year in office has been nothing more than photo-op's and sound bites. Ultimately, Gretchen Whitmer's decision to side with Chuck Schumer and Nancy Pelosi makes it that much easier to give our state a new governor in 2022."