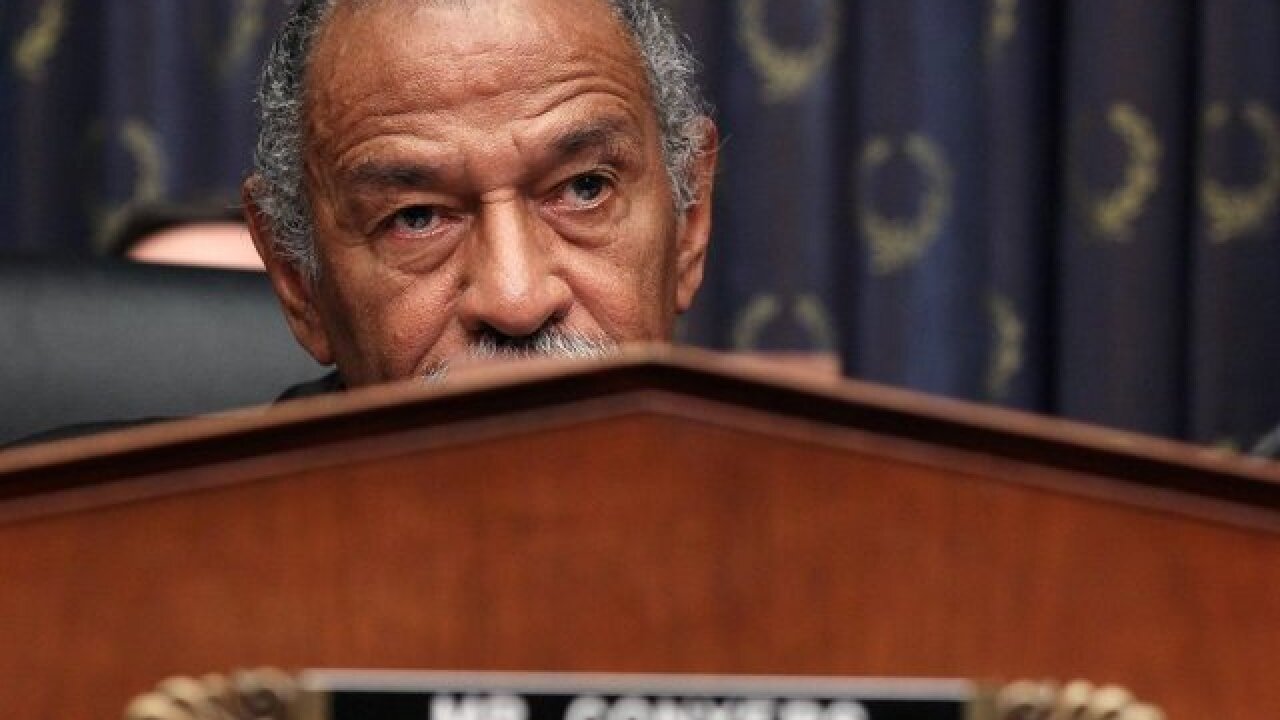 The 88-year-old congressman announced Tuesday he is retiring amid sexual harassment allegations.

Ari Adler, a spokesman for the governor's office, said they received his resignation letter and are reviewing potential dates for the special election.

Conyers was scheduled to serve out his two-year term, which ends on Jan. 3, 2019, but because his retirement is effective immediately, there will now be a special election for his seat.

During his radio interview announcing his retirement, Conyers said he would support his song, John Conyers III, to replace him. State Sen. Ian Conyers has also announced his intentions to replace Conyers.

When Snyder declares the date for the special election, the winner of it will serve the remainder of Conyers' term and can run in the general election in November 2018.

Today I notified Speaker Ryan, Leader Pelosi and Governor Snyder of my retirement from the United States House of Representatives.

It has been a privilege and an honor to serve the citizens of Detroit, Michigan as their United States Congressman in the 13th and 14th Congressional District for 53 years. I came to Congress in 1964.

Since then, I have devoted my entire career to improving the lives of my constituents in Detroit and on the behalf of justice everywhere. These years witnessed a profound evolution in Civil Rights, led by millions in the streets who marched for justice and people of conscience in the Congress- both Democrats and Republicans – who heard them and enacted the civil rights Act, the Voting Rights Act and other landmark reforms.

I have been in the forefront of the Civil rights movement, I have been a champion of justice for the oppressed and the disenfranchised. I have never wavered in my commitment to justice and democracy.   I am proud to have been part of that rich history. II have been privileged to be a founder of the Congressional Black Caucus and to represent the United States Congress by being” Dean”.  I pass into law the Martin Luther King, Jr. Holiday Act, the Violence Against Women Act, the Hate Crimes Act, the USA Freedom Act, and the extension of the Voting Rights Act.

I have led the fight against mandatory minimum sentences, hoping to reverse the devastating incarceration rates for African Americans and poor people; I have tried to pass a universal healthcare law (H.R. 676). Every Congress since 1989 I have introduced H.R. 40 to study reparations for slavery, and I deeply appreciate those handful of courageous colleagues who have joined me. For Detroiters, I am proud of what we have been able to accomplish to bring hundreds of millions of dollars in critical grants and federal funding for Southeast Michigan to revitalize our great city, attract rich talent, and return to us prosperity.

I vehemently deny any and all allegations of harassment or dishonor, but I recognize that in this present environment, due process will not be afforded to me. I was taught by a great woman, my mother, to honor women. The first employee I ever hired was Mrs. Rosa Parks, who worked in my office for 22 years, and it has been my great honor to work alongside some of the most talented and honorable staff on Capitol Hill and in Detroit, both women and men.

Given the totality of the circumstance of not being afforded the right of due process in conjunction with my current health condition and to preserve my legacy and good name I am retiring. I hope that my retirement will be view in the larger perspective of my record of service, and as I enter a new chapter, I pledge to continue my commitment to a progressive vision and a better future for this country that I love. I owe that to the legacy of my father, John Conyers, Sr., who integrated labor unions in this country; to my brother Nathan, who integrated business and is my “main man” and to my loving wife Monica; and my sons John III, whom I believe offers hope to this generation of leadership, and who is committed to being an advocate of fairness and justice for all and Carl Edward who never leaves my side.

I cannot allow the great work of this body to be distracted by from the important work or the goals of the Democratic Party to be distracted. It has been and honor and a privilege of my life to represent the people of Michigan in the House of Representatives, but that responsibility will now fall to my colleagues and my successor. They have my deepest support and prayers. ” Jobs, Justice, Peace!!!”