May take 4-5 days to return to normal river levels 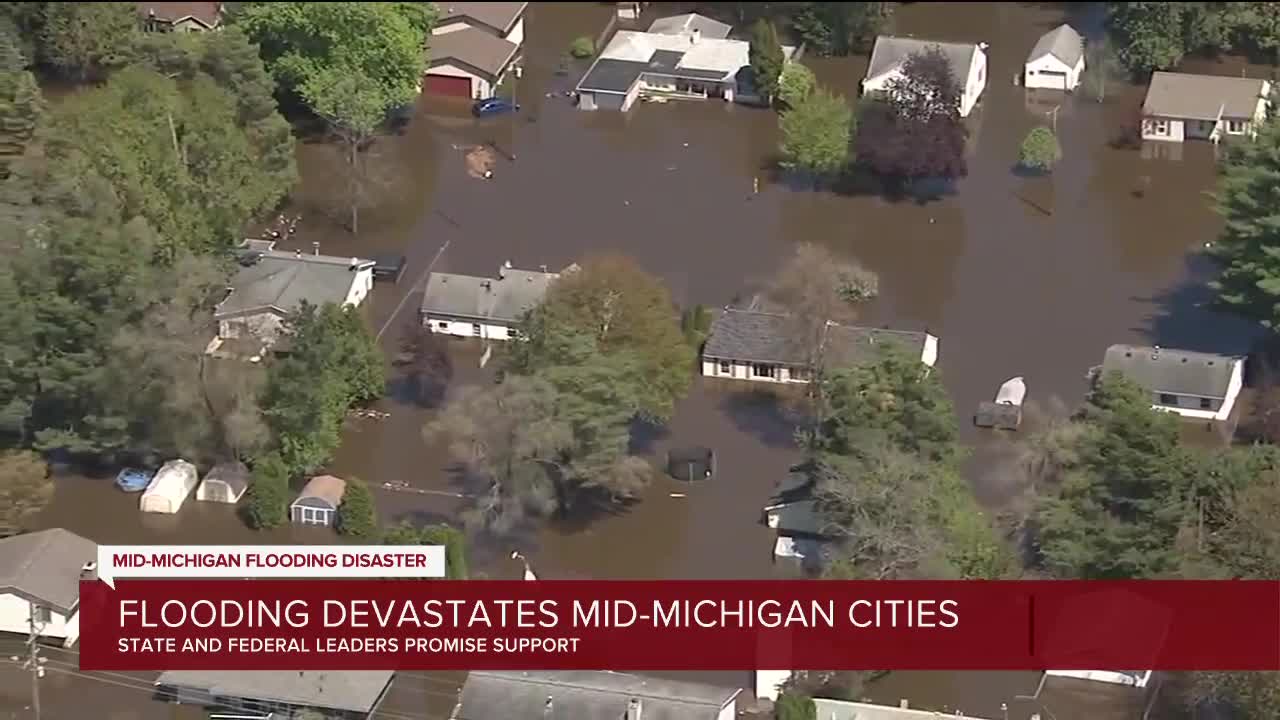 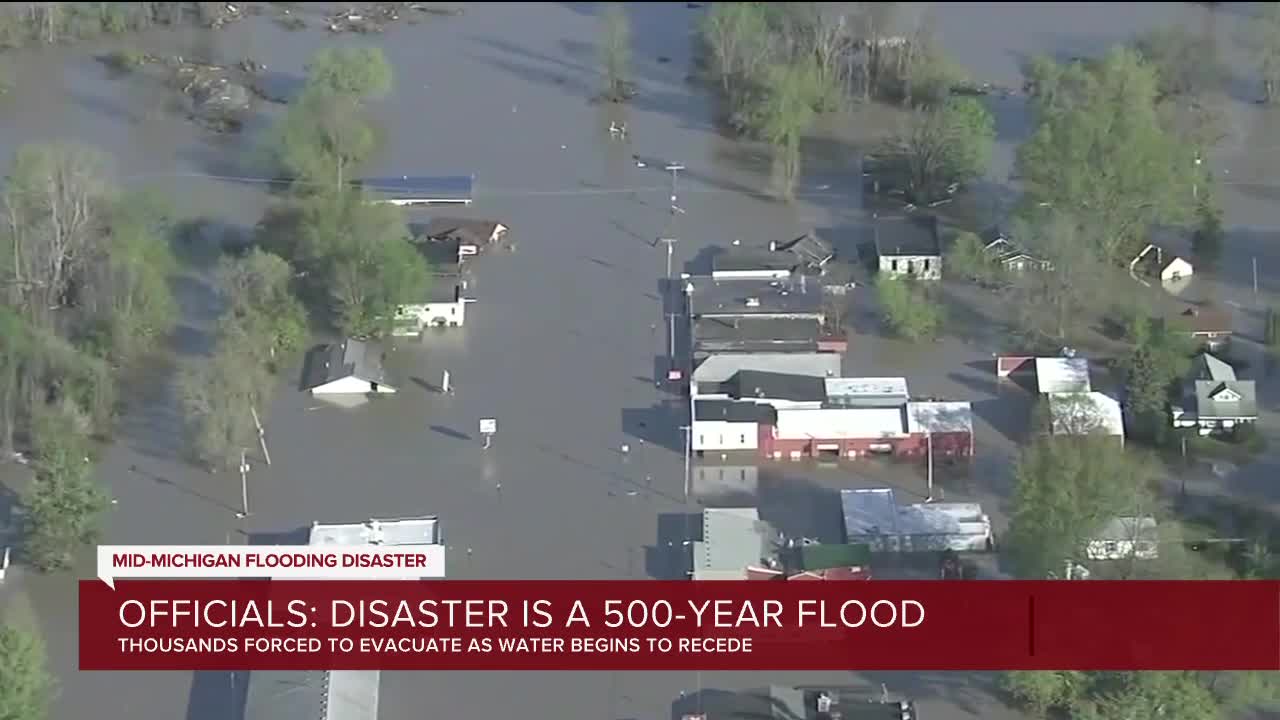 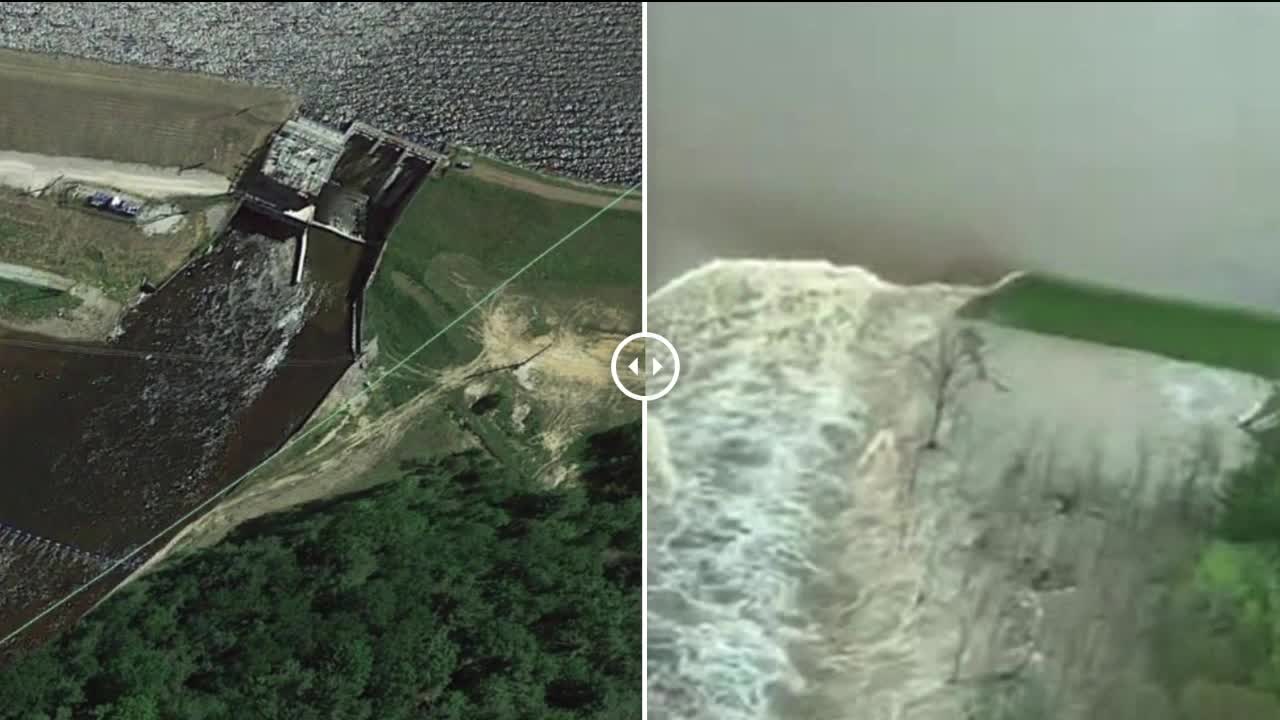 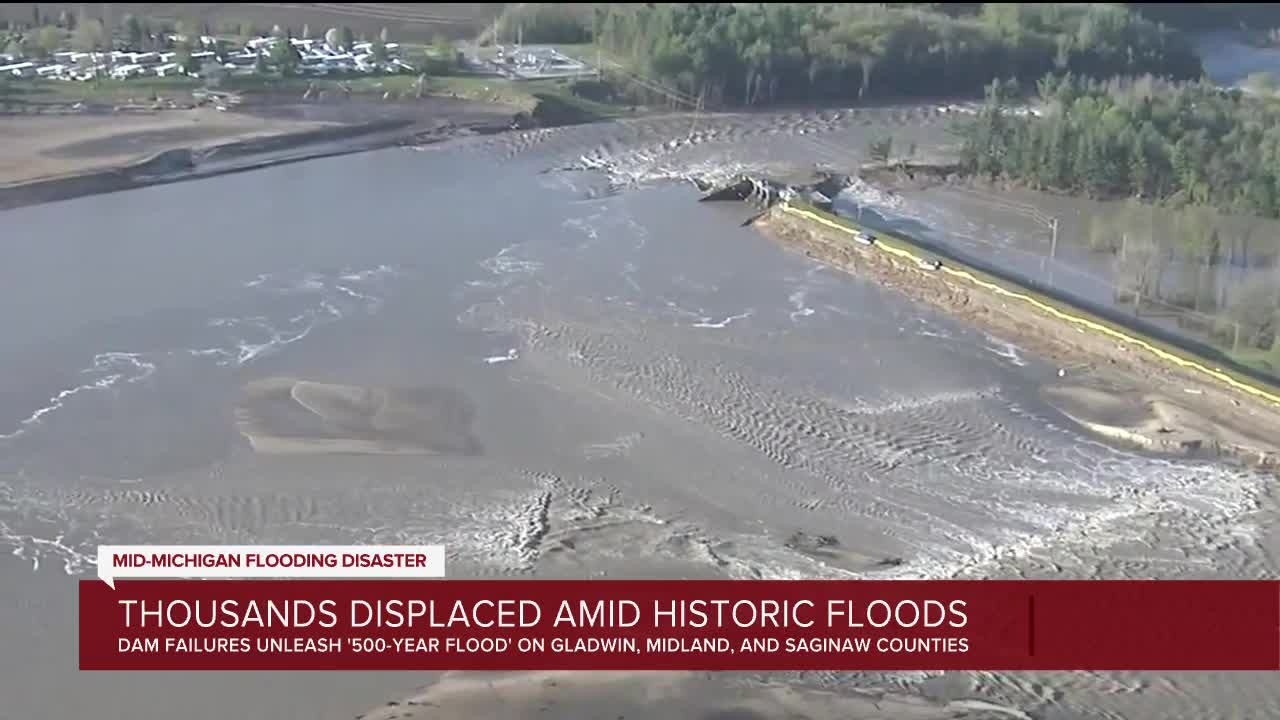 RELATED: Here's how you can help residents of Midland County devastated by floods
PHOTOS: IMAGES: TAKE A LOOK AT THE MASSIVE DEVASTATION IN MIDLAND AFTER EDENVILLE DAM FAILURE

Whitmer announced a state of emergency in Michigan on Tuesday, May 19, as two dams breached following days of record rain in the region.

“Over the past two days, a major rainfall event in mid-Michigan led to the failure of two dams and severe flooding in affected areas. Thousands of people were forced to evacuate as water surged into their streets, homes, and businesses in the county of Midland,” Whitmer said in a statement. The governor asked President Trump to expedite an emergency declaration for Midland County.

According to Midland City officials, the water is receding, but it may take four to five days, just to get "down close to normal river levels."

A block from downtown Midland this morning. Overflow from the Tittabawassee River has receded some, but this roadway is still several feet underwater @wxyzdetroit pic.twitter.com/r1Bhzw6Mrx

The requested aid would include, but would not just be limited to: debris removal, mobile bridges to ensure access for emergency response vehicles and equipment to flooded areas, emergency medical responders from the National Guard, and technical assistance and sandbags from the US Army Corps of Engineers.

Mich Request - Letter From ... by WXYZ-TV Channel 7 Detroit on Scribd