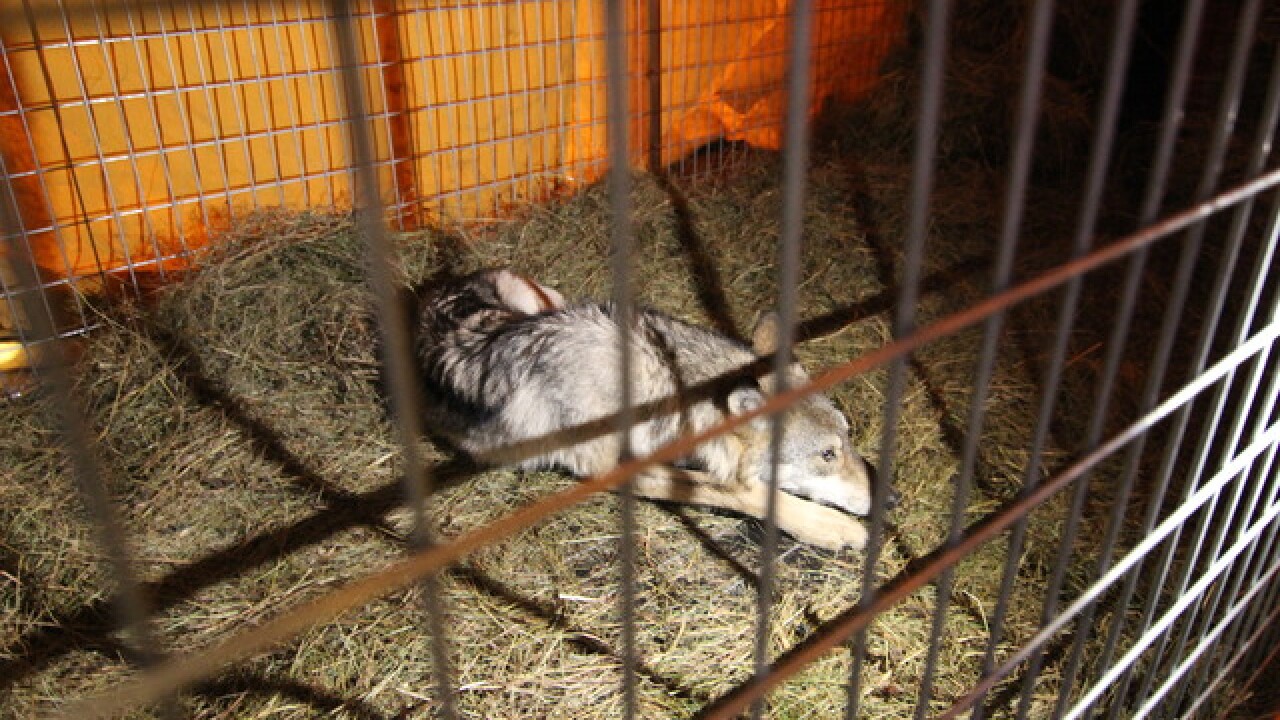 One of four wolves that were captured in Minnesota and relocated to Michigan's Isle Royale has died, according to the National Parks Service.

According to the NPS, the wolves were captured this fall at the Grand Portage Chippewa reservation and selected for the translocation to Isle Royale because they fit the requirements. Those include being between the ages of two and five and not from the same pack.

When the wolves arrived, park biologists have been tracking them with GPS, but on Tuesday, the NPS confirmed that one of the wolves died.

According to the service, staff became concerned when the location data for the lone male wolf indicated a mortality sign, despite the fact that the collar didn't function properly. The collar had malfunctioned from the onset of the project and had been sending a mortality signal even while game cameras provided photos of it and the collar tracked the movements.

In late October, the park service said the collar indicated the wolf's movement had been confined to a small location. To see what was going on, Isle Royale staff and partners from the Grand Portage Band of Chippewa traveled to Isle Royale to find the wolf.

Through telemetry, they were able to identify the wolf's body to do a site investigation and recover it. The wolf is now being transported to the US Geological Services wildlife health lab in Madison, Wisc. and there are no obvious signs of death.

The three remaining wolves on the island are doing well, according to the NPS, and their movements are being tracked. In January, the park service plans on relocating wolves from Ontario.

The relocation this fall has been the first phase of a three-to-five-year effort that looks to relocate up to 20-30 wolves to Isle Royale. The plan is to help establish "genetic variability to accomplish the overall goal of restoring predation as a key part of the ecosystem on the island."