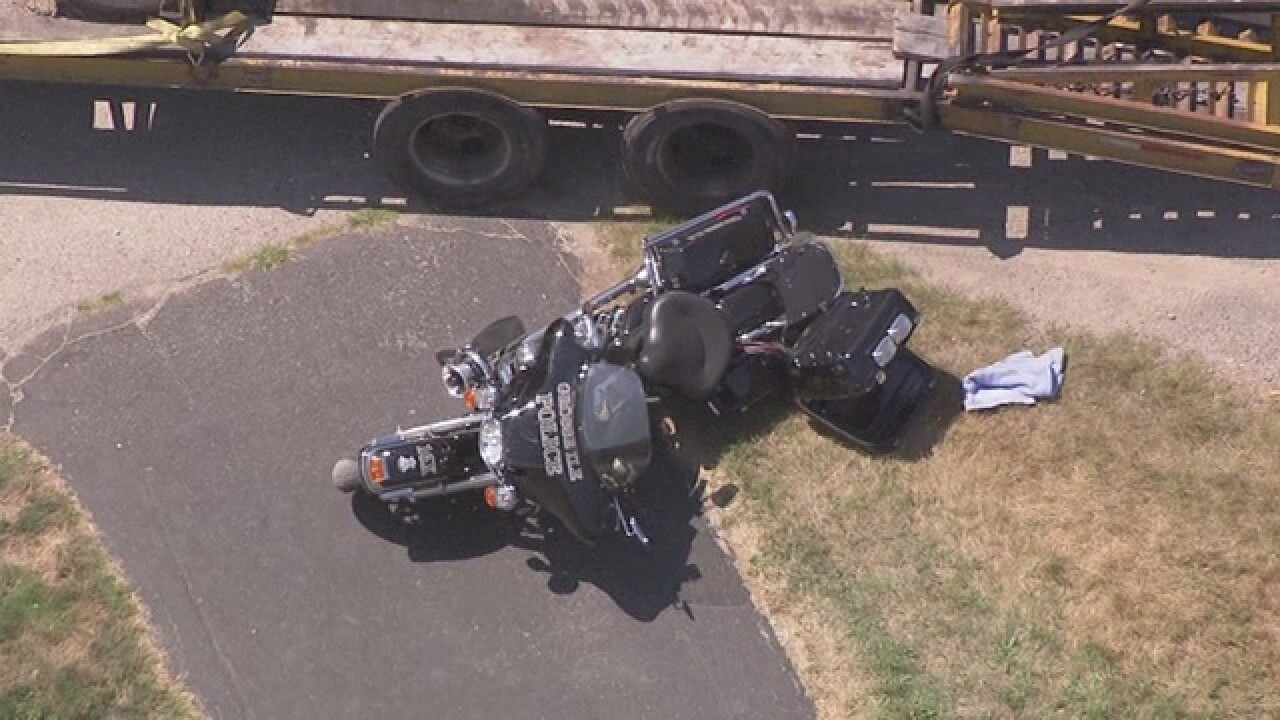 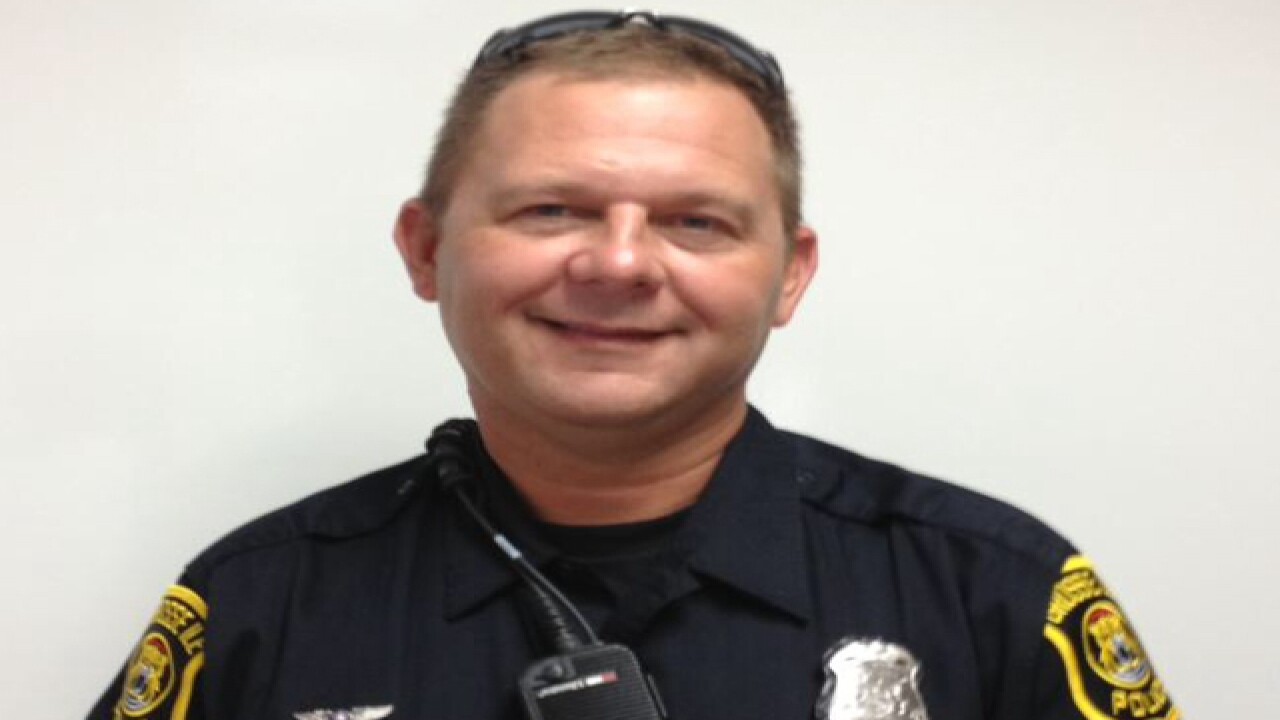 A Grosse Ile Township Police Officer is in the intensive care unit at Southshore Beaumont Medical Center after being run over by a trailer.

He was on patrol on a motorcycle when the crash happened on Groh Road east of Meridian in Grosse Ile Township. Investigators are piecing together exactly how it happened. They know the officer and his bike ended up under a trailer pulled by a large commercial dump truck.

The officer hit is Todd Brozek, a 15-year veteran of the force.  Chief Joseph Porcarelli of the Grosse Ile Township Police Department says Brozek was awake and speaking when he arrived at the hospital. Trauma teams were watching closely for signs of internal bleeding. They believe his injuries, though serious, to be non-life threatening.

The driver of the truck is in custody. He failed a field sobriety test taken as Chopper 7 cameras were rolling overhead. Blood tests are being done to determine whether he was under the influence of drugs.