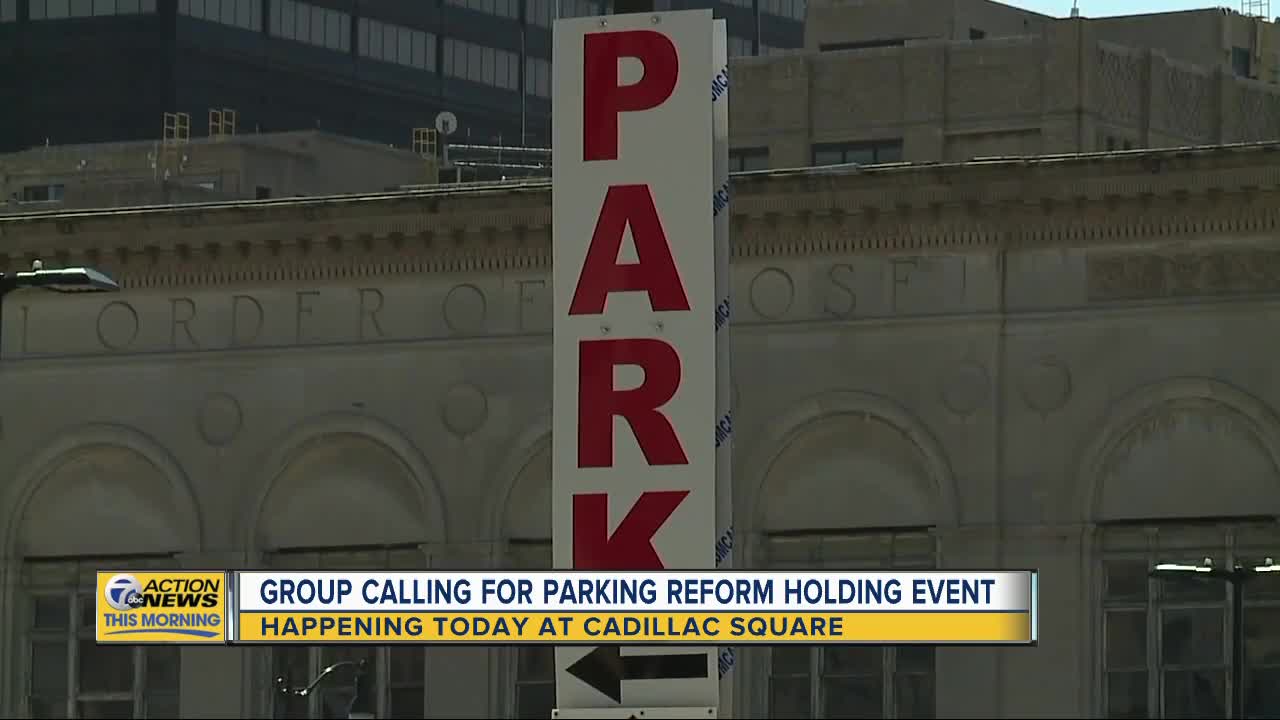 One group in Detroit says they are fed up seeing the development of new parking in the city.

DETROIT (WXYZ) — One group in Detroit says they are fed up seeing the development of new parking in the city.

Detroiters For Parking Reform say parking is taking over Detroit instead of helping economic development. The group will be taking over parking spots in Cadillac Square Monday, calling on Mayor Mike Duggan to put an end to surface parking lots, especially for commercial use, they say.

The group says the development of parking is limiting developers from creating more space for housing and businesses. Additionally, they say it is threatening historic buildings with demolition to create parking.

The group also says that nearly 40 percent of downtown and Midtown is dedicated to parking, while only 25 percent of people do not have a car.

"Choosing cars over people diminishes the experience of the city, our health and our economy," said spokesperson Francis Grunow. "It's a quality of life issue for all Detroiters."

Live outside Cadillac Square this morning where @detroitparking will gather at 10AM to ask @MayorMikeDuggan to put an end to parking development in Detroit. @wxyzdetroit pic.twitter.com/gMN6hMrWoi

The group says parking is overtaking Detroit, taking space away from the development of homes and businesses and destroying historic buildings to build even more parking @wxyzdetroit https://t.co/BUtj2iR20a