Group petitioning to take down Christopher Columbus statue in Detroit 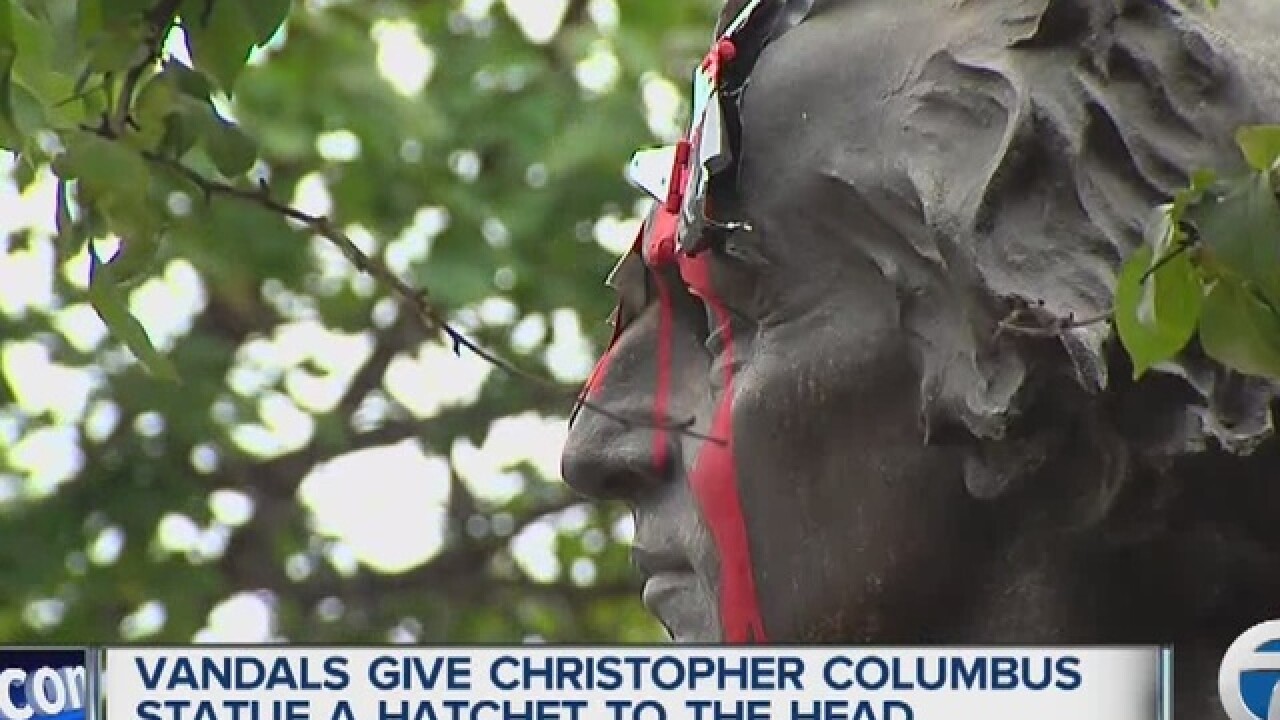 As movements across the country to take down racist and controversial statues around the country, one group is hoping to get a statue in Detroit taken down.

The Raiz Up Collective, as they are known, created a petition on Change.org to take down the Christopher Columbus State near the Coleman A. Young Municipal Center.

After taking it down, they said they would like to put up a statue of "one of our cultural/political forbears such as Tecumseh, Sojourner Truth, Charity Hicks, Chief Pontiac, Judge Damon Keith or Grace Lee Boggs."

The group is petitioning both Detroit Mayor Mike Duggan and Detroit City Council. They have over 1,500 signatures so far.

Also, the group wants a Detroit artist to create the new monument, and they want the city to end Columbus Day altogether.

On Columbus Day 2015, the statue was vandalized with an Ax to the head with red paint dripping down the head and onto the chest.