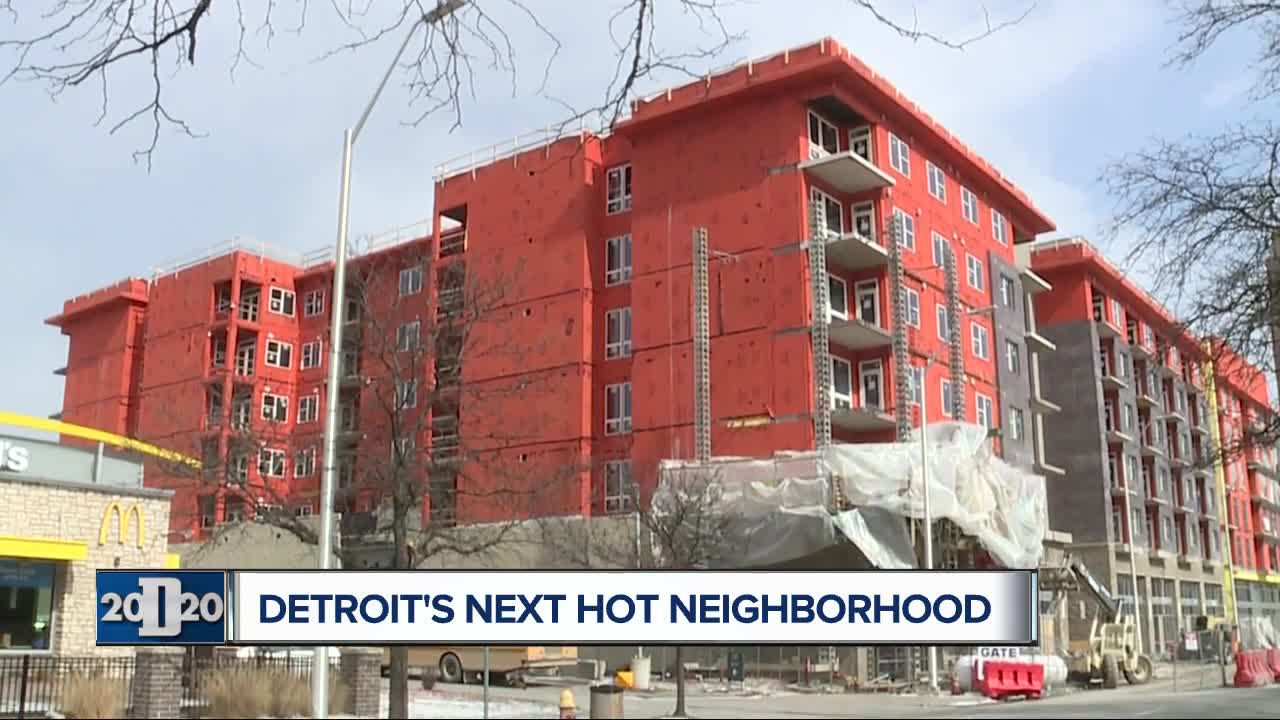 Much of the attention on Detroit’s development boom has been centered on Dan Gilbert’s many downtown projects—Little Caesars Arena and the District Detroit—and the new hotels and restaurants popping up.

DETROIT (WXYZ) — Much of the attention on Detroit’s development boom has been centered on Dan Gilbert’s many downtown projects—Little Caesars Arena and the District Detroit—and the new hotels and restaurants popping up.

But one of the many projects in progress isn't in downtown, or even Midtown...it's in the New Center and Milwaukee Junction area.

Baltimore Station is located at the corner of Woodward Avenue and Baltimore Avenue. The project is a redevelopment--and add-on--to a former art supply store and restaurant—two buildings that had been vacant for years. It's expected to have 23 residential units, a mix of studios, one bedrooms and two bedrooms.

Myles Hamby is the senior development manager for The Platform, which is building the development.

"The original building was only two stories and we added a third story on top to be able to get those views downtown," Hamby said.

Those views—out onto Woodward and downtown—are even better because of the floor-to-ceiling windows in the third-floor units.

Huntington Bank’s new branch location at street level is taking shape now. Two other retail announcements are coming soon, expected to be a restaurant and a bar.

Phase two of the project is located across the street on Baltimore. It will have 138 apartments, with additional retail, and part of Baltimore Station II. Constructuion is already underway, and 20 percent of the units in both buildings with be part of affordable housing.

Hamby said the location is ideal, calling it the geographic center of the city.

he also said that there are about 15,000 jobs in the New Center area alone, and that's the area where The Platform has planted its flag. It bought the iconic Fisher Building in 2015.

Nearing completion is the group’s very first project, The Boulevard, 231 apartments, plus retail,located just west of the Fisher Building on West Grand Boulevard.