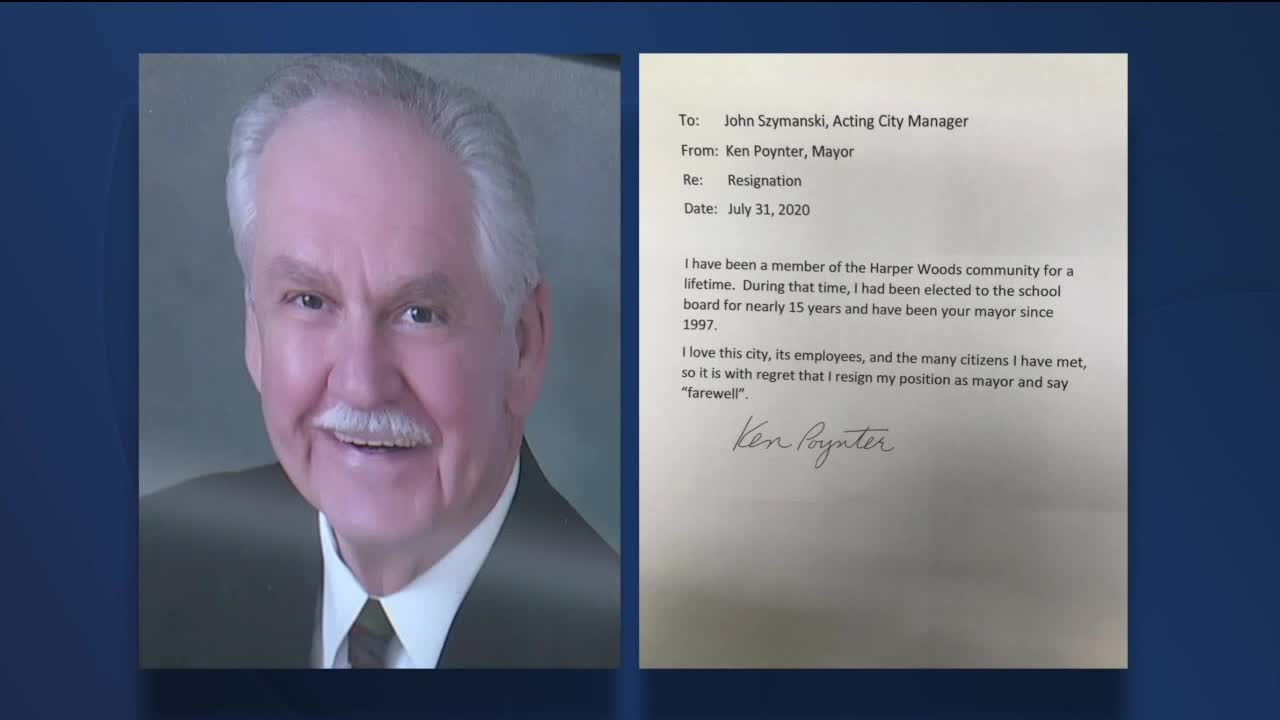 HARPER WOODS, Mich. (WXYZ) — Harper Woods Mayor Kenneth Poynter has resigned after allegedly a comment at a meeting that he could understand why someone would become a white suremacist.

Poynter, who has been mayor since 1997, issued the letter of resignation on Friday.

“He said ‘I can see why White people will become White Supremacists.’ and so I said, ‘did you really just say that?’” Hill told us.

There have been growing calls for Poynter's resignation, including those from Detroit Will Breathe.

BREAKING NEWS: the mayor of Harper Woods is resigning pic.twitter.com/DqTR1Q6F75

"I love this city, its employees, and the many citizens I have met," he said in the letter.

"Recent comments by Mayor Poynter, however, do not reflect the values or beliefs of the administration or residents of the City of Harper Woods. As such, i have personally asked Mayor Poynter to immediately resign from office in order that we can move forward and work on maintaining and improving the quality of life for those who live and visit the City of Harper Woods."

“It’s not what you’re saying, it’s what’s really going on on the inside and from my perspective, his inside is in a bad place by the words that he has spoken," Hill added.

An attorney representing the city's administration released this statement:

"The City of Harper Woods has just received the resignation of its long time Mayor Kenneth Poynter.

Over the course of more than two decades, former Mayor Poynter has provided the residents of the City of Harper Woods with effective and efficient leadership. His love for the city is unquestioned. His organization of and participation in city events has gone well above the call of duty.

Unfortunately, recent comments made by former Mayor Poynter did not and do not reflect the values and beliefs of city administration, business leaders and residents of the City of Harper Woods.

This change of leadership will allow the City of Harper Woods to maintain and enhance fundamental civil liberties and rights owed to each and every person who comes within the boundaries of the city of Harper Woods whether it be to live, work or play."