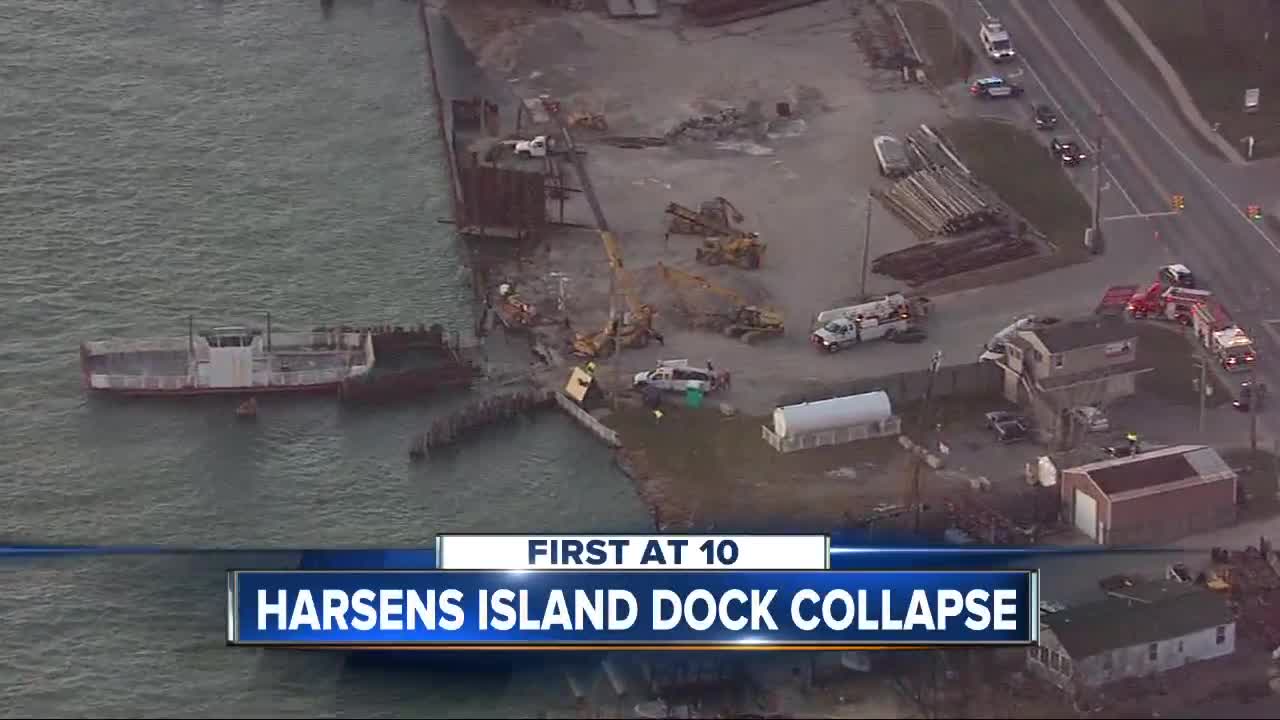 People who live on Harsens Island had to take the ferry on foot and walk after the mainland dock for the ferry in Clay Township collapsed in the St. Clair River on Wednesday afternoon. o 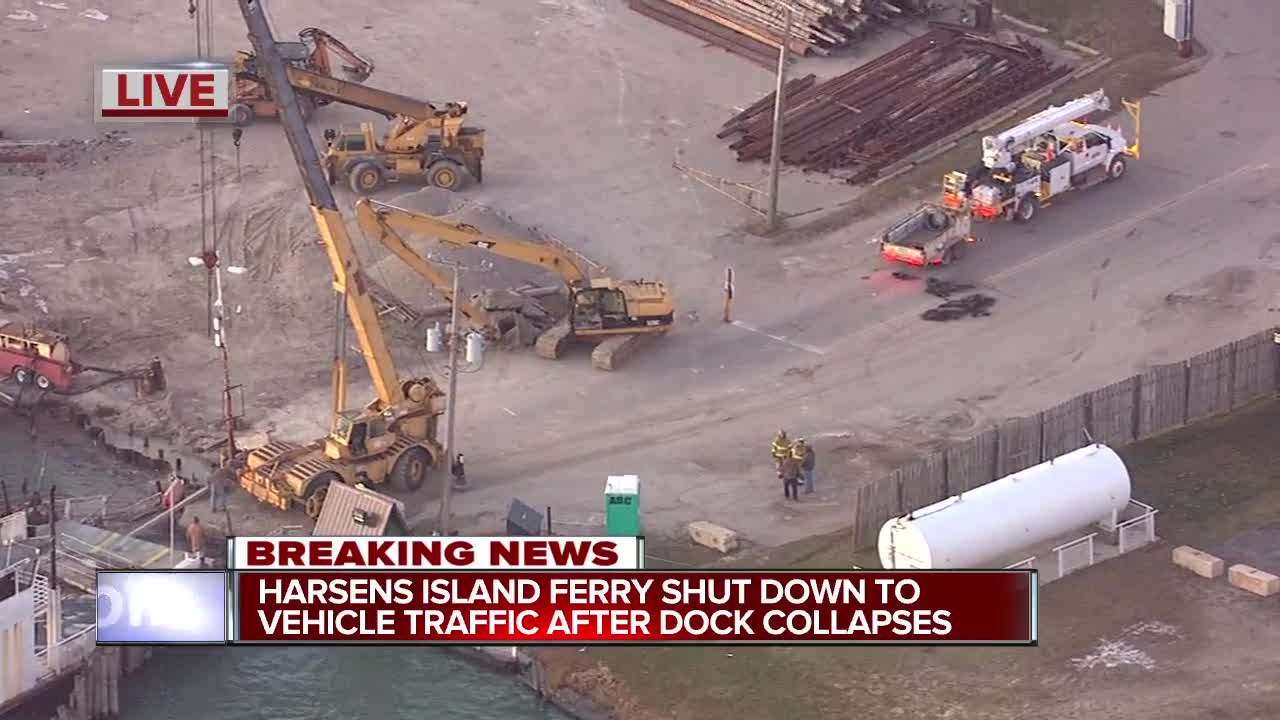 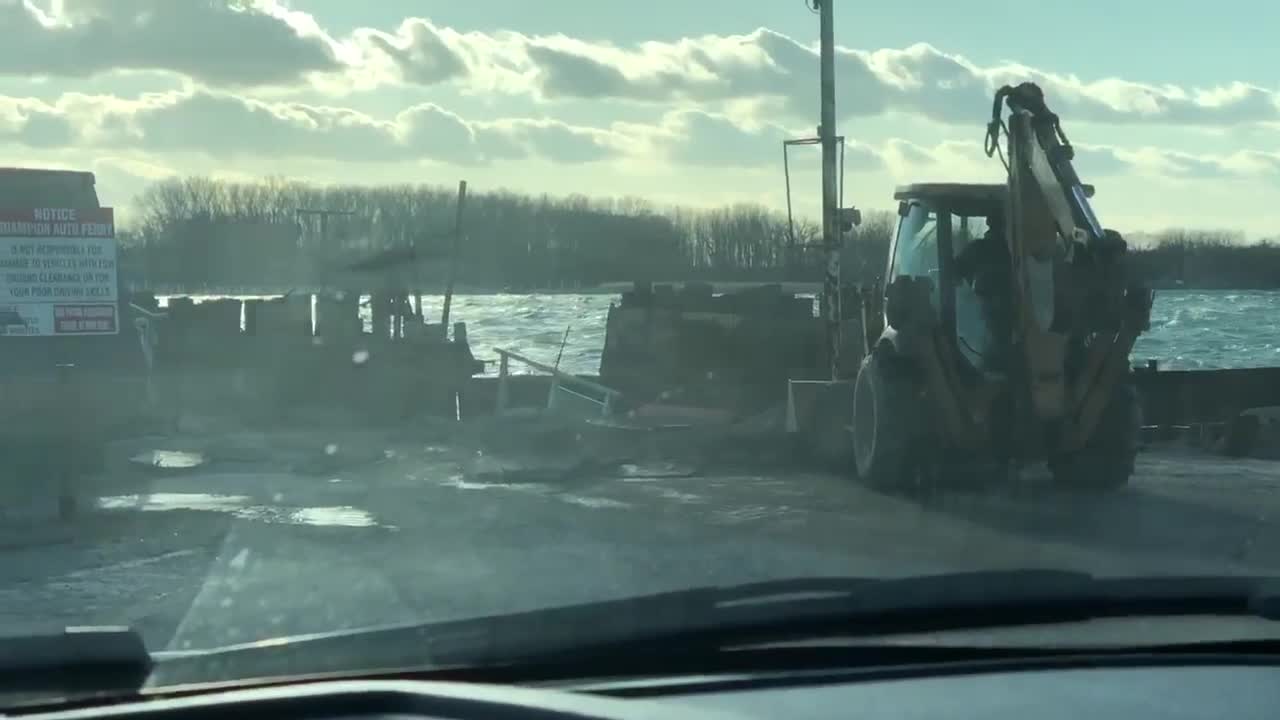 (WXYZ) — The Harsens Island Ferry has been shut down to vehicle traffic for the night after the dock collapsed, 7 Action News has learned.

The emergency notification does say that they expect the ferry to resume normal operation on Thursday. It runs back and forth between Clay Township and the island transporting vehicles, but on Wednesday afternoon, it was transporting passengers by foot.

In a message on the Champion's Auto Ferry phone number, the company said they have "lost the mainland dock. Will not be transporting any vehicles to the island or mainland at all. It is our hope at 4 p.m. to start transporting foot passengers only. We will be doing that from 4 p.m. to 8 p.m. Hopefully, we will know more tomorrow about the situation tomorrow."

While crews were working on fixing the dock, a power line went down over a vehicle, sparking a fire.

Just last month, the owners of the ferry submitted a dock repair plan to Michigan State Police, saying the dock had to limit the types and weights of vehicles "due to the damage inflicted on our docks this past summer by the high water."

According to the plan, they already removed the downstream mainland dock from service to begin interim repairs, which include installing a new hinge foundation in the ground and re-drive new pipes to for stabilization.

The plan also said that once interim repairs are made, they will resume construction on the two new docks on the mainland.

According to Champion's Auto Ferry, they estimated that the repairs would be complete by April 30, 2020, but that date is expected to change after the collapse.

Right now, they are working to install a dock to resume operations on Thursday. Stay with 7 Action News for updates regarding the status of the dock.