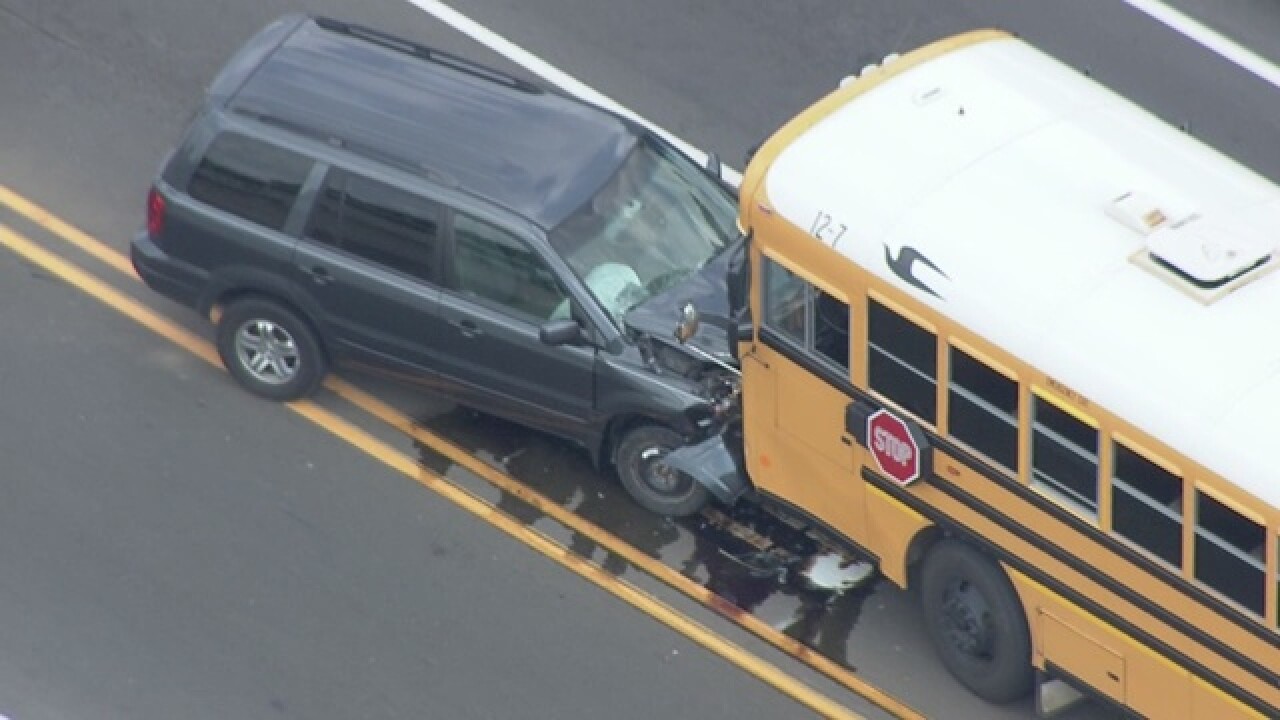 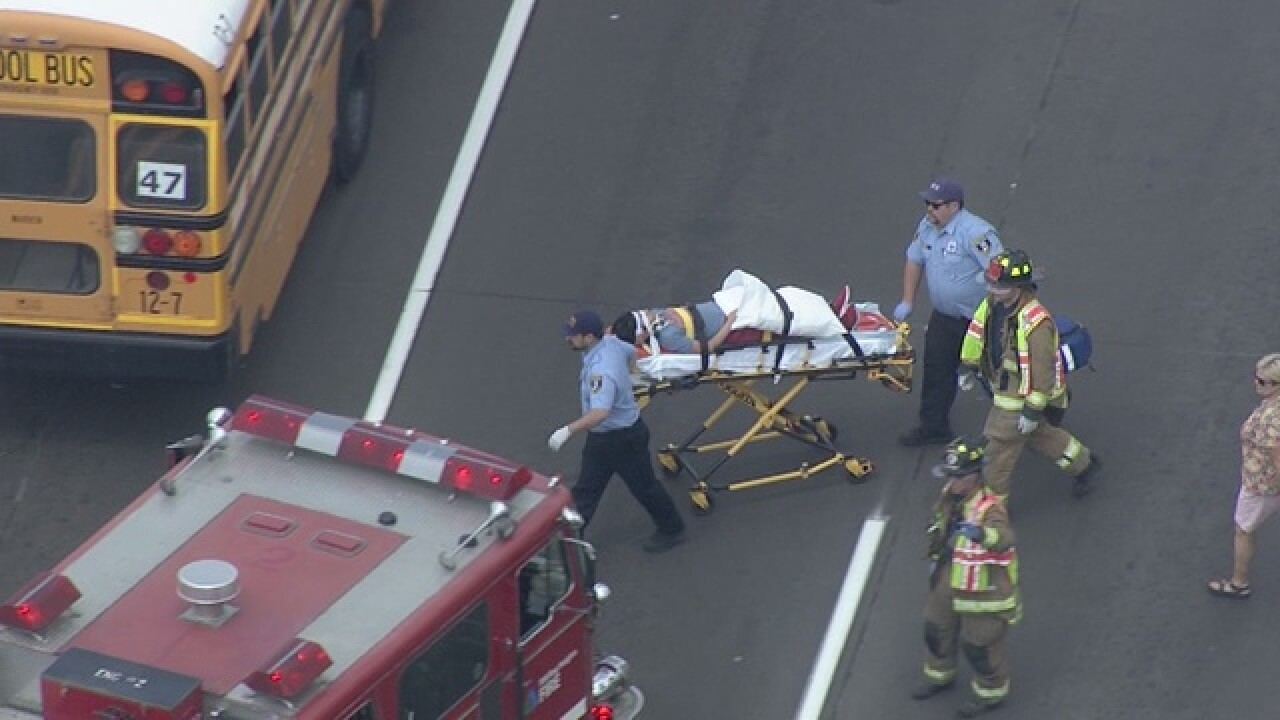 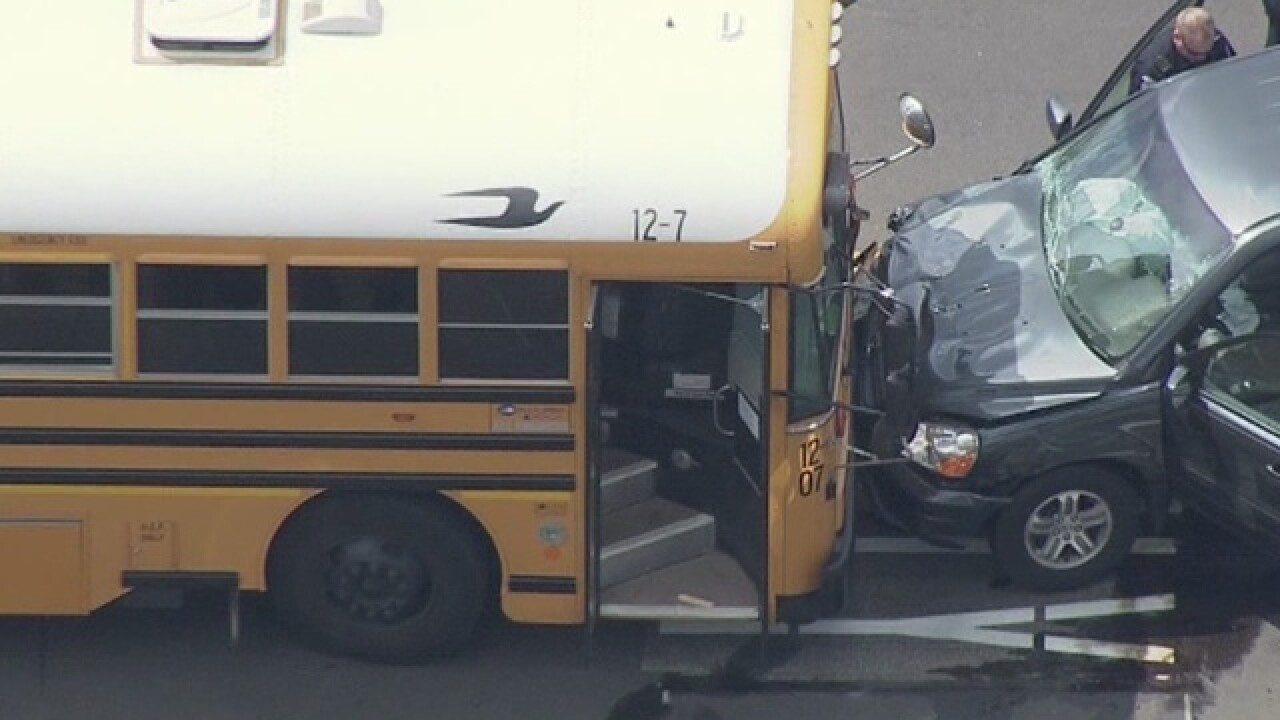 Emergency crews responded to the scene of a school bus accident at 15 Mile Road and Dequindre in Sterling Heights Friday morning. According to police, the accident stemmed from a road rage incident between two vehicles.

A witness, Divon Yono, says he beeped at the driver of an SUV. That interaction, he said, caused the driver to become aggressive. He says, at one point, the driver got out of his car to rip off one of Yono's windshield wipers. Yono says, further down the road, the driver ended up hitting his vehicle and then spinning off and striking the school bus head-on.

"I didn't know what was happening," said Yono.

A spokesperson with Warren Consolidated Schools says there were 27 kids on the bus.

According to police, the road rage incident began in Troy. Police confirmed Yono's story saying the suspect got out of the car and tore off a windshield wiper. Then, the suspect ran into Yono before spinning out and hitting the bus.

The suspect was taken to the hospital and treated for minor injuries before being released. He is now in police custody.

Two students were injured. One was taken to the hospital with a possible head injury while the other was released to their parent.