Ask Dr. Nandi: 1 in 5 deaths globally are due to sepsis, study says -- many more than previously estimated 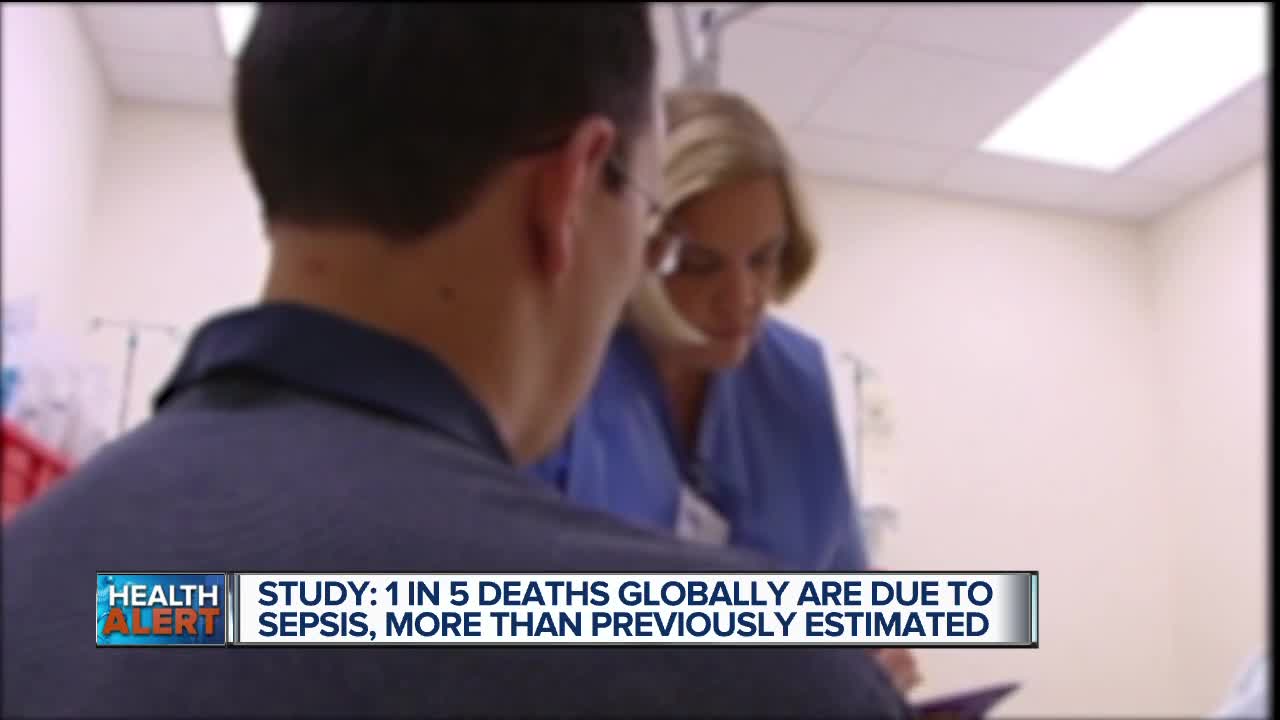 Deaths from sepsis are happening more frequently than previously thought. A new study now estimates that twice as many people worldwide die from this medical emergency.

(WXYZ) — Deaths from sepsis are happening more frequently than previously thought. A new study now estimates that twice as many people worldwide die from this medical emergency.

In total, there were about 48.9 million cases of sepsis and 11 million deaths globally in 2017. So now, sepsis is associated with 1 in 5 deaths around the world.

Sepsis is very serious here in the US. The CDC says that each year, at least 1.7 million adults will develop it. And that 1 in 3 patients who die in a hospital have sepsis.

So, what is this life-threatening condition? Well, it’s an extreme response to an infection that your body actually already has. What happens is your immune system starts to works overtime. And it releases infection-fighting chemicals into the blood that go not just to the infection that you have, but everywhere. So your body ends up fighting itself. And you can end up with widespread inflammation and blood clotting. Organs can get damaged and fail.

You could also develop septic shock, which is a life-threatening drop in blood pressure. And it can be fatal.

It’s important to get any infection treated. Because if it’s not stopped, then that opens the door for sepsis.

Now there are many different symptoms but the key signs are confusion, rapid breathing, a high heart rate, fever, and pain.

If you ever suspect sepsis, time is of the essence. Seek medical care right away. And you will increase your chance of surviving.

Tune in this Saturday for an all-new Dr. Nandi Show! Join Dr. Partha Nandi, MD and guests as they take a closer look at whether all men should be screened for prostate cancer. He talks with a team of experts about screening and treatment options and life after prostate cancer surgery and radiation. Plus, cancer survivors tell their personal stories. And share how some common side effects had a negative impact, not only on their lifestyles but also on their intimate relationships. Don’t miss this enlightening episode on Saturday, January 18th at 1 pm.