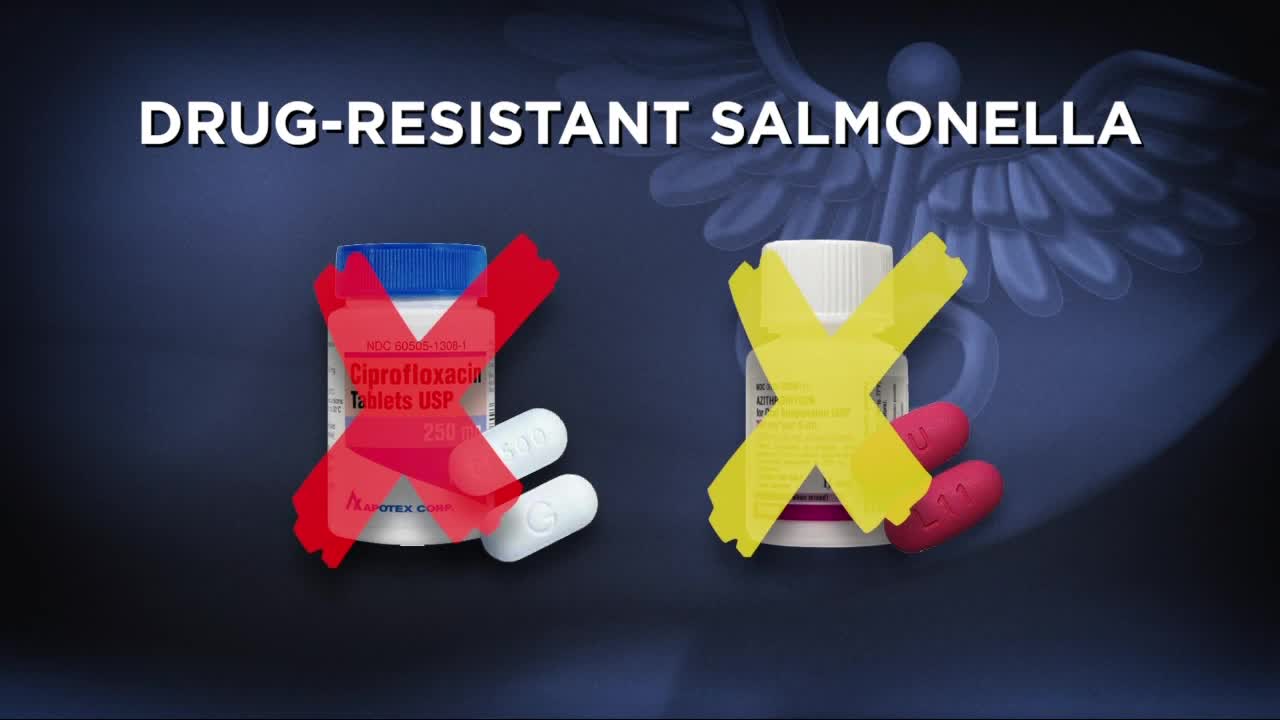 (WXYZ) — In our Health Alert tonight, the U.S. Centers for Disease Control and Prevention has issued a warning about a deadly strain of salmonella that may be resistant to commonly used antibiotics.

More than 250 people in 32 states became sick from this particular strain of salmonella between June 2018 and March 2019. Two have died from the infection.

The salmonella is being linked to beef sold in the United States and soft cheese obtained in Mexico. So, that means the outbreak strain is most likely present in cattle in both countries. Salmonella infections occur when you eat contaminated foods such as beef, poultry, eggs, and milk.

What concerns the CDC is that the primary oral antibiotics used to treat patients with this type of infection may not work. The strain did not respond to ciprofloxacin, and had a reduced response to azithromycin.

The CDC calls it an emerging strain that was not detected before 2016. That’s the year there was an increase in the use of antibiotics in livestock, which can lead to the drug-resistant strains of salmonella infections in humans.

To help prevent infection, I would recommend that you avoid eating soft cheese made from unpasteurized milk, and always cook steaks and roasts to a temperature of 145-degrees, followed by a 3-minute rest time. Ground beef and hamburgers should be cooked to 160-degrees.

Symptoms usually appear 8 to 72 hours after eating contaminated food. They include stomach cramps, diarrhea and fever. Most patients recover without antibiotics, unless they have a severe infection which makes the antibiotics necessary. So, a drug-resistant infection is much harder to treat and leaves the patient at increased risk for developing serious complications.

This week on the Dr. Nandi Show, of the 100 billion-plus people that have been born on this planet, only a few have ever lived past the age of 110. So why do people in certain parts of the world live so much longer than the rest? Dr. Nandi sits down to discuss this with experts on human longevity. Jason Prall talks about the Human Longevity Project. Holistic Heart Doc, Joel Kahn discusses the importance of cardiac health. And billionaire philanthropist, Naveen Jain examines the role technology will play in helping us live a long and healthy life. Tune in this Sunday, August 25th at 12 pm (noon) for “Will We Live to See 120?”