Ask Dr. Nandi: Consumption of chili pepper cuts down the risk of death from a heart or cerebral attack 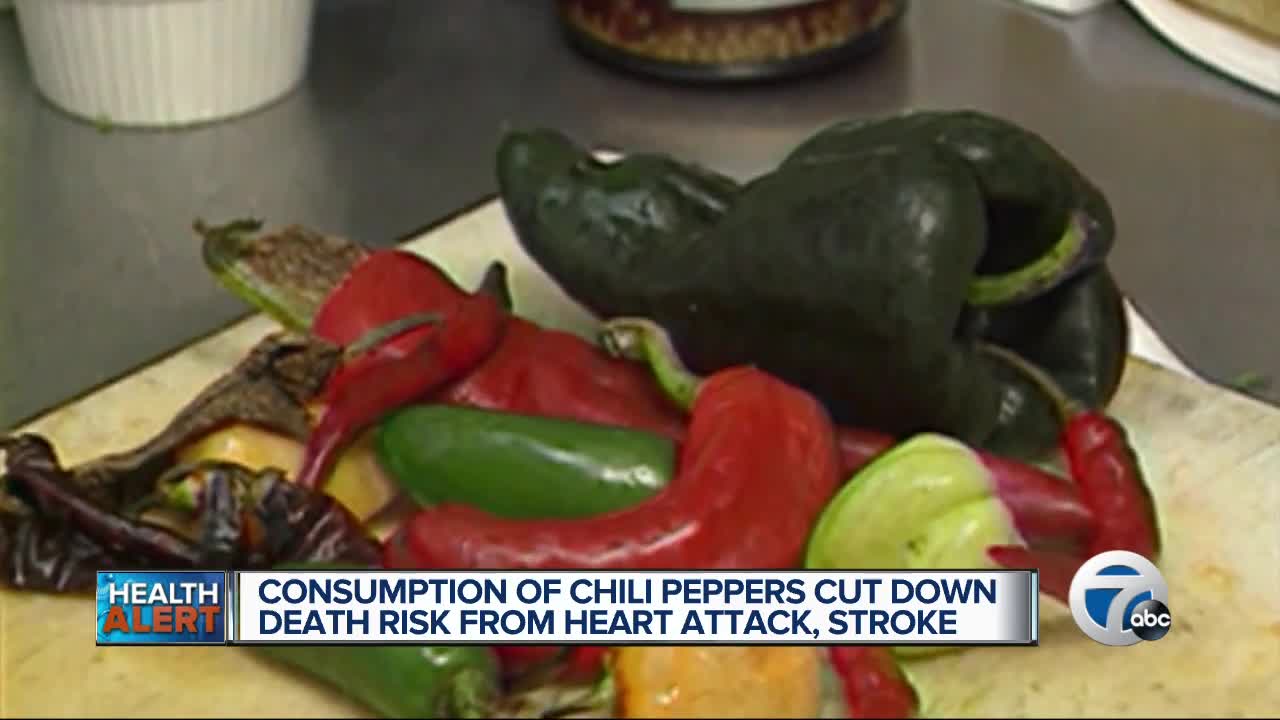 In our Health Alert tonight, if you like eating chili peppers, you could be cutting your risk of dying. But there’s a catch, and that is you need to eat them on a regular basis.

(WXYZ) — In our Health Alert tonight, if you like eating chili peppers, you could be cutting your risk of dying. But there’s a catch, and that is you need to eat them on a regular basis.

Well I can tell you that I’m a big fan of chili peppers, I actually eat jalapeños a couple of times a week. But it sounds like I might need to eat a few more.

According to this new study out of Italy, the folks who ate chili peppers four times a week or more cut their risk of death by 23%. And when researchers looked specifically at heart attacks and strokes, they found a 40% lower risk of dying from a heart attack, and that death from stroke was more than halved.

Now the researchers came up with these results after analyzing data from over 22,000 Italian citizens whose health and eating habits were observed for about eight years.

This study didn’t identity a mechanism that might be responsible for this protective effect. But we do know that chili peppers are rich in vitamins and minerals. And that capsaicin, which is the main bioactive plant compound, has been linked to health benefits.

But the bottom line is that we need more research because the health benefits are really not well understood.

There was not a particular diet that participants were following. In fact, the study found that it didn’t matter if someone was following the Mediterranean diet or if they were eating less healthier.

So despite the diet, it appeared that chili peppers did provide a protective effect. But I have to say that this study was only observational. Which means that there could be other things at play here.

For instance, it’s possible that those who ate chili peppers used more herbs and spices, or ate more vegetables which would then lead to better overall health.