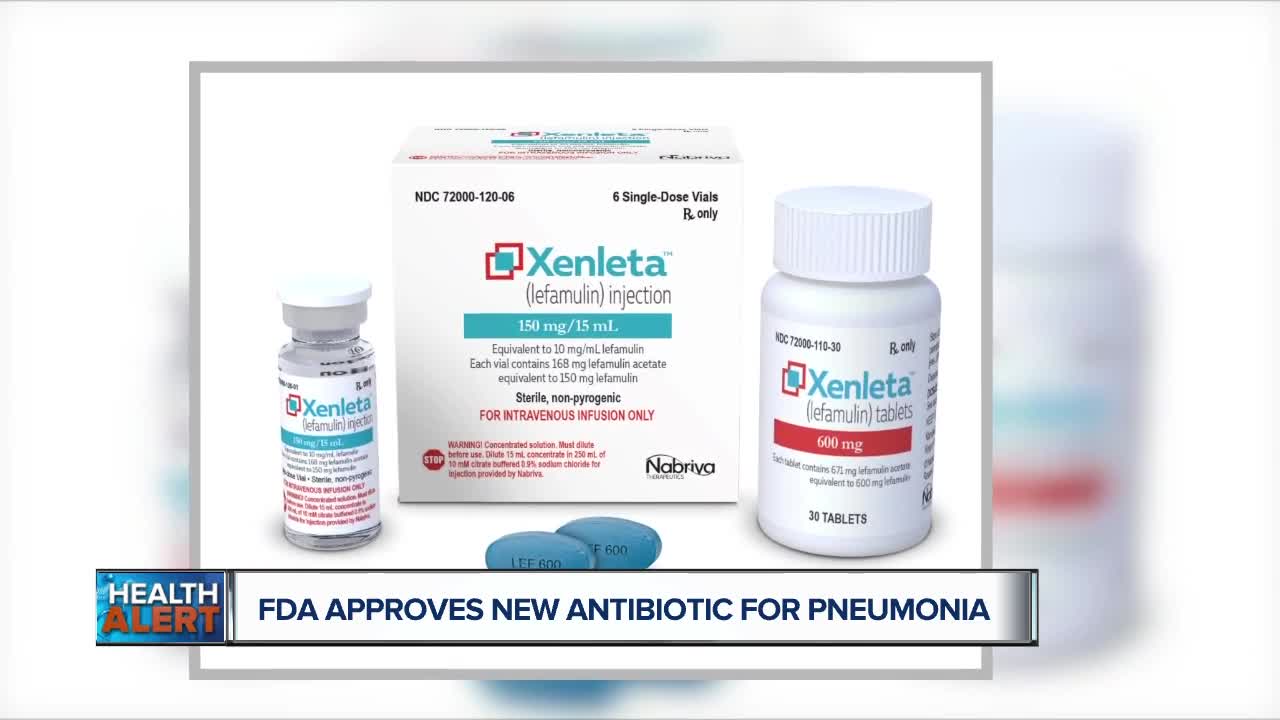 (WXYZ) — A new antibiotic has been approved by the Food and Drug Administration. It’s called Xenleta and the FDA says it’s another treatment option to fight a common type of pneumonia.

This is great news that a new antibiotic has been approved to fight community-acquired bacterial pneumonia.

Now as the name suggests, this type of pneumonia is picked up out in the community, rather than in a hospital setting. It can be caused by bacteria, viruses and fungi, but bacteria is often the main culprit behind many of the community-acquired pneumonia cases in adults.

So this is whereXenleta can help. It’s super important for physicians like myself to have treatment options because pneumonia is a serious disease. Roughly 1 million people are hospitalized and about 50 thousand die a year.

Xenleta is a first-in-class semisynthetic pleuromutilin antibiotic and can be taken either orally or intravenously.

Regarding the effectiveness, two clinical trials involving over 1,200 patients found that this drug had about the same success rates as patients treated with another type of antibiotic. Which was moxifloxacin with or without linezolid.

Now anyone who has had pneumonia knows how sick and crappy you can feel. Now I’ve never had it myself but plenty of my patients have. It’s an infection that affects one or both lungs, and you can suffer from things like chest pain, fever, shaking chills, vomiting, diarrhea and shortness of breath.

Symptoms can take anywhere between a few days to a few weeks before they go away.

You may experience side effects like nausea, vomiting, diarrhea, elevated liver enzymes and reactions at the injection site. Anyone taking antiarrhythmic agents or has heart arrhythmias or hypersensitivity to the pleuromutilin antibiotic class should avoid this drug.

Also, women who are pregnant or trying to conceive should also avoid Xenleta because animal studies found it may harm the unborn child.

Now this drug is not expected to be on the market until mid-September. But overall, it looks to be quite effective which is good news - especially for adults 65 and older as they tend to be more vulnerable.