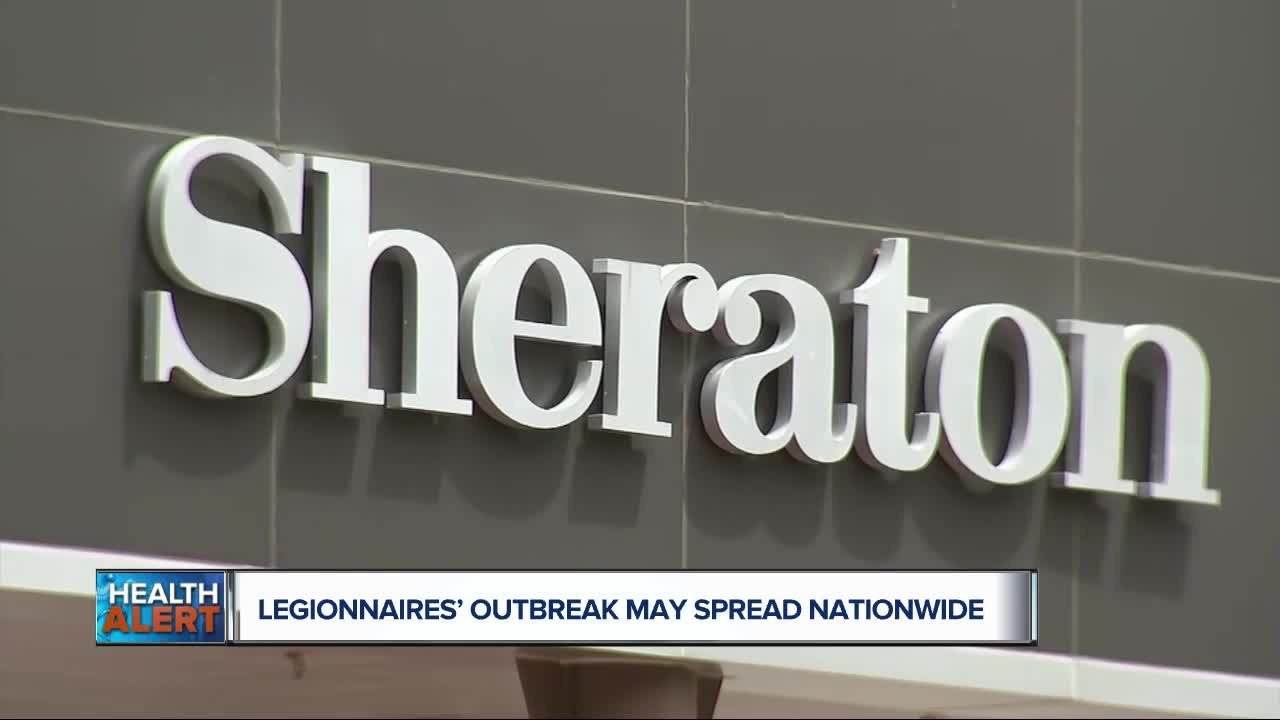 A lawsuit is being filed in the case of a widespread, deadly outbreak of Legionnaires’ disease in Atlanta, Georgia.

(WXYZ) — A lawsuit is being filed in the case of a widespread, deadly outbreak of Legionnaires’ disease in Atlanta, Georgia. One person died and dozens of others were possibly sickened after staying at the Sheraton Atlanta Hotel.

Right now, health officials in Georgia are investigating 75 Legionnaires’ cases connected to the Sheraton Atlanta Hotel. Twelve of those are confirmed illnesses. The others are probable cases, which means they’re experiencing symptoms of the disease, but have not had a lab test to confirm it.

However, the attorney representing the hotel guests who became sick believes hundreds more across the country may have been exposed to Legionnaires while staying at the hotel in June and July.

Legionnaires’ disease is a severe form of pneumonia caused by legionella bacteria, which is naturally found in the environment. When the bacteria invade the man-made water system, you can get sick by inhaling tiny droplets of water.

The disease is treated with antibiotics, and most people make a full recovery. However, The Centers for Disease Control and Prevention says 1 in 10 Legionnaires’ victims will die.

This is the largest Legionnaires’ outbreak ever recorded in Georgia.

The symptoms include a fever, feeling very tired and weak, coughing and shortness of breath. The people at most risk are those age 50 and older, current or former smokers, and those with chronic lung disease or weak immune systems. And remember, most people get Legionnaires from inhaling the bacteria. It is not contagious.

The hotel has been closed since it was evacuated in mid-July.

Since then, it has undergoing a thorough cleaning of its entire water distribution system, including scrubbing and chlorination. The hotel is awaiting test results and expects to re-open later this week. Meanwhile, hotel officials have offered their deepest sympathies to anyone affected by the disease.