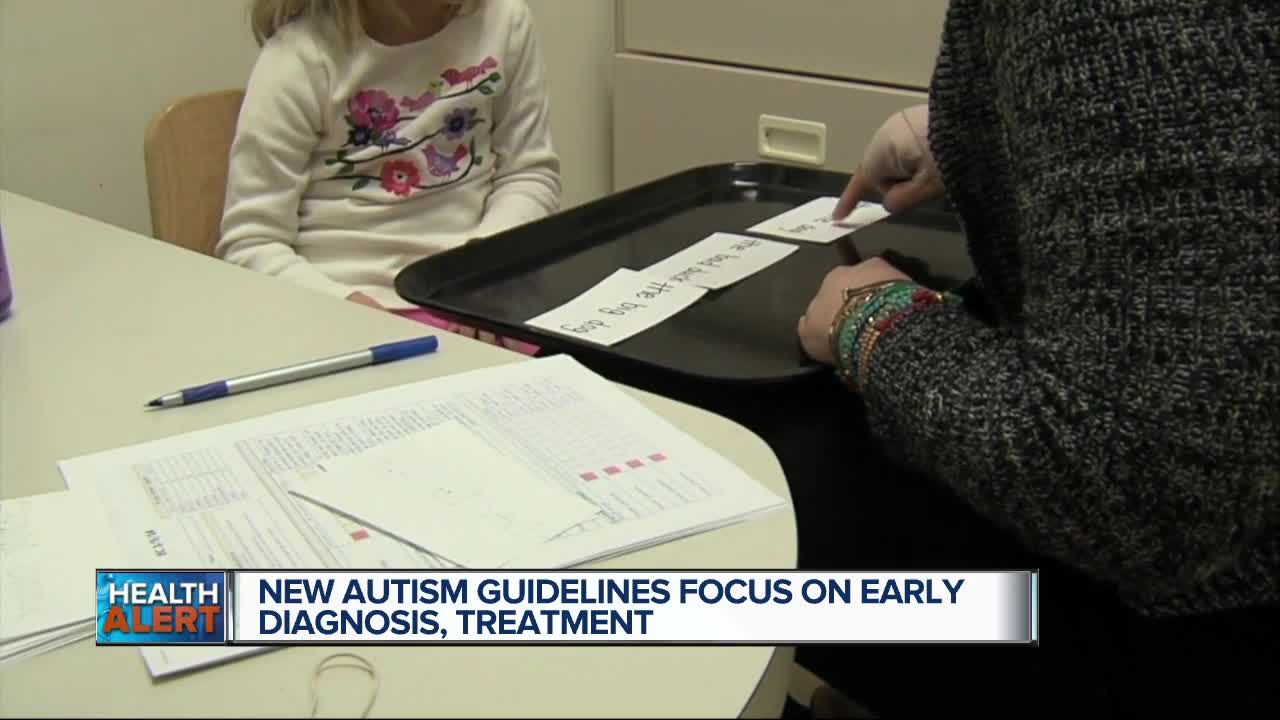 The American Academy of Pediatrics has updated its recommendations for autism for the first time in 12 years.

(WXYZ) — The American Academy of Pediatrics has updated its recommendations for autism for the first time in 12 years.

They’re now urging doctors to identify at-risk children as soon as possible instead of waiting for formal evaluations.

It’s important that children who are at-risk get identified as soon as possible for two reasons: number one - they can start getting the care they need. And number two, the earlier they start treatment, the better the outcome.

So that’s why the American Academy of Pediatrics would like doctors to start checking for any sign of autism at every well-baby visit. And to not wait for formal evaluations which typically take place at 18 and 24 months of age.

Now that sounds like a drastic increase. But there could be many reasons for this spike. For instance, the diagnostic criteria has broadened, the definition has become more inclusive, there’s now more public awareness of autism than ever before, there is more universal screening, plus some children who were once diagnosed with intellectual disability or a co-occurring genetic syndrome are now being diagnosed with this disorder.

But there could be other risk factors as well.

One thing the academy would like doctors to do is to talk to families about genetic testing. Scientists now know a lot more about potential risk factors and genes as well.

And since many parents will turn to the internet searching for answers, they can too easily find incorrect information and false solutions. But with genetic testing, it may help when it comes to understanding the cause and which type of autism a child has. And this can play a key role when it comes to treatment.