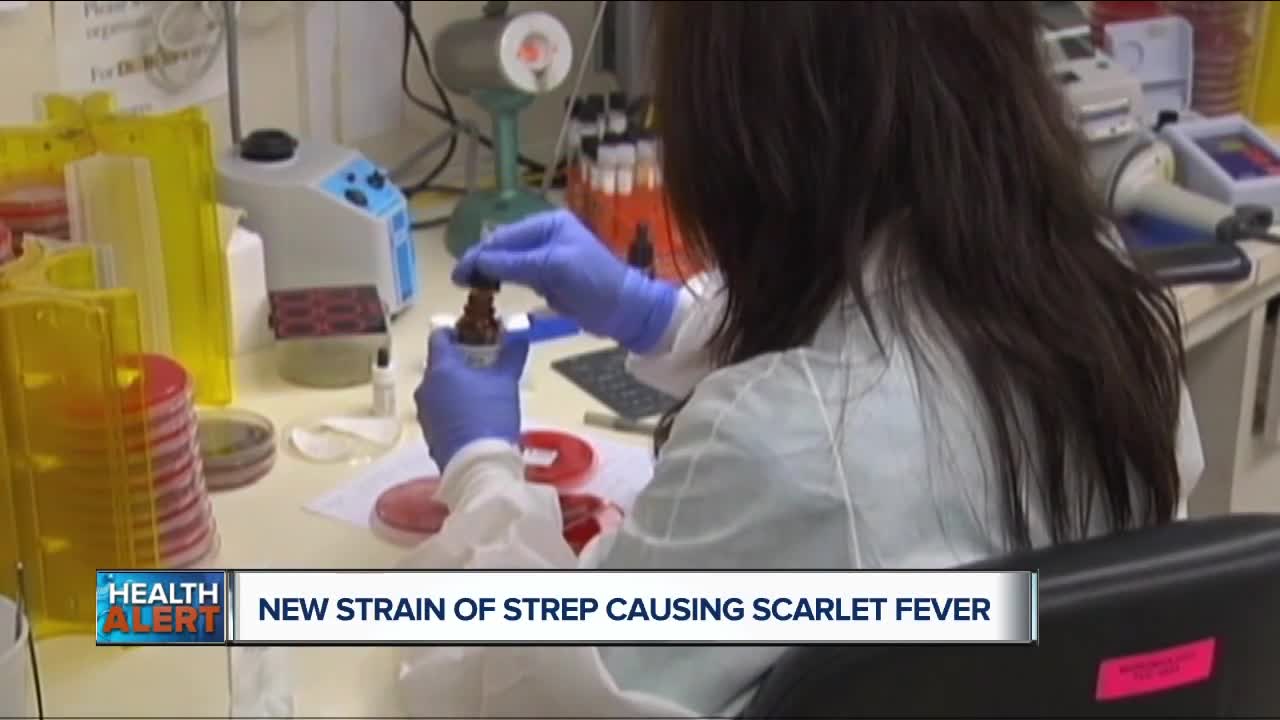 A new more toxic strain of strep has been discovered. And it’s causing outbreaks of scarlet fever over in Britain. Can we expect it to arrive here in the US? Experts say yes.

(WXYZ) — A new more toxic strain of Strep has been discovered. And it’s causing outbreaks of scarlet fever over in Britain. Can we expect it to arrive here in the US? Experts say yes.

Let me first start with explaining strep, it’s a group of bacteria known as Group A streptococcus or group A strep. It’s often found in the throat and on the skin and can cause many different infections like strep throat and scarlet fever.

So researchers investigated and discovered that a particular strain had changed. It developed 27 small mutations and they’re calling this strain M1UK. And what’s concerning is that scientists say this strain is more fit and more capable of causing throat infections. It also can make more of the scarlet fever toxin.

The good news is that this strain can be cured with antibiotics.

Now infections often peak between March and May, but parents should still be mindful of any symptoms like sore throats, fevers, swelling lymph nodes, congestion or a red rash if they have scarlet fever.

Now both scarlet fever and strep throat are spread through coughing or sneezing. Tiny droplets fly into the air and others nearby can unknowing breath them in. You can also catch strep by touching or sharing contaminated objects.

If strep infections are not treated, the bacteria can enter the blood or tissue and spread throughout the body. And it can lead to sepsis, toxic shock and death.

Now most cases of strep throat and scarlet fever, despite being painful and uncomfortable are considered overall to be mild infections. But rare complications like kidney disease or Rheumatic Fever can happen.

So if you think your child has strep, please be sure to take them to your family doctor who can diagnose and treat them.