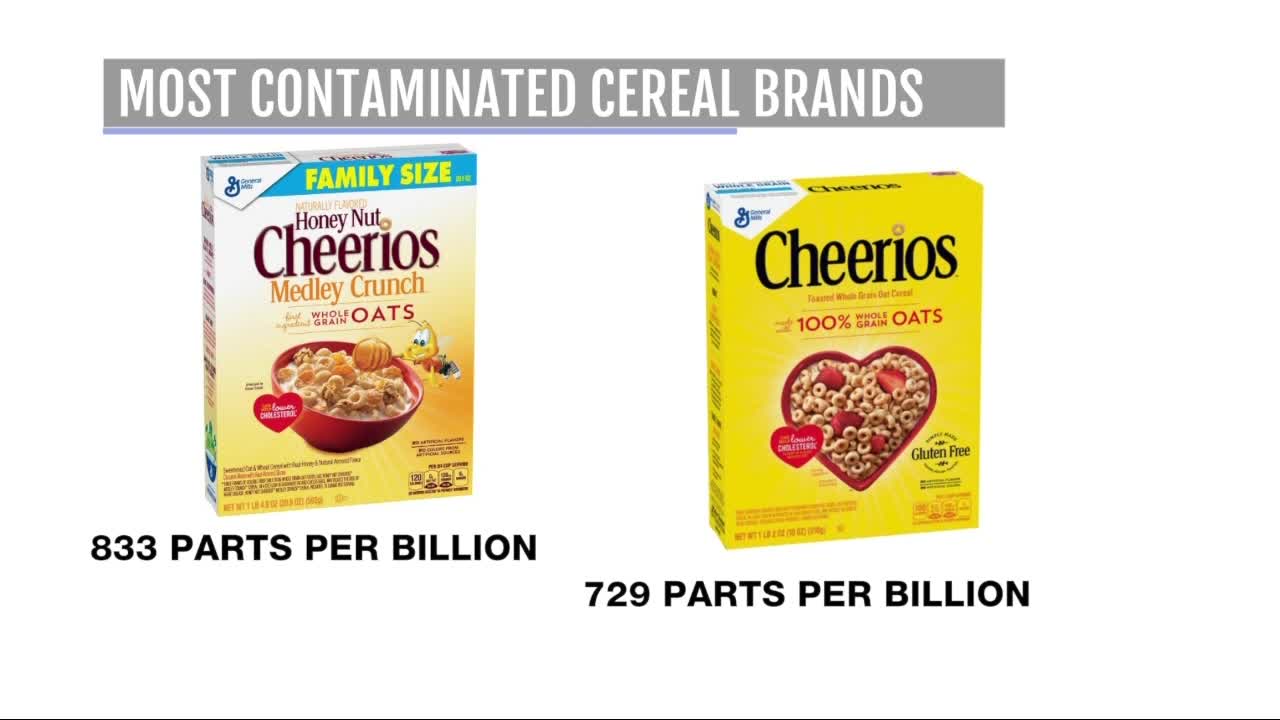 New testing on breakfast foods marketed to children has found that 21 products were contaminated by a controversial weed killer.

(WXYZ) — New testing on breakfast foods marketed to children has found that 21 products were contaminated by a controversial weed killer.

The Environmental Working Group says 17 of them contained higher levels of glyphosate that what their scientists have deemed safe for kids.

The levels of glyphosate in some of these food products are troubling. Cheerios and Nature Valley products had some of the highest levels.

The concern here is the link to cancer. Back in 2015, the International Agency for Research on Cancer classified the weed killer glyphosate as “probably carcinogenic to humans.” So I find this really concerning.

The pharmaceutical giant “Bayer AG” owns Roundup. And they’re defending their product - saying that “glyphosate-based products are safe when used as directed” and that they are well below federal limits.

Now technically, these levels have not exceeded the legal limits set by the Environmental Protection Agency. But the point the EWG is making is the long-term effect the weed-killer could have on children. They feel that “exposure during early life can have more significant effects on development later in life”.

For those who are concerned, what can you do?

First of all, choose organic products. That’s not saying they won’t have glyphosate in them, as other crops nearby could be sprayed with the weed killer. But organic will certainly contain less of the herbicide.

Next, parents can advocate for their kids. You can reach out directly to companies like Quaker and General Mills asking them to buy oats from farms that are not using glyphosate.

And lastly, you can visit EWG.org, they have an online petition directed at food companies, asking them to better protect consumer’s health.