Hear 60 songs from the Motown vault on 'Motown Unreleased 1969' 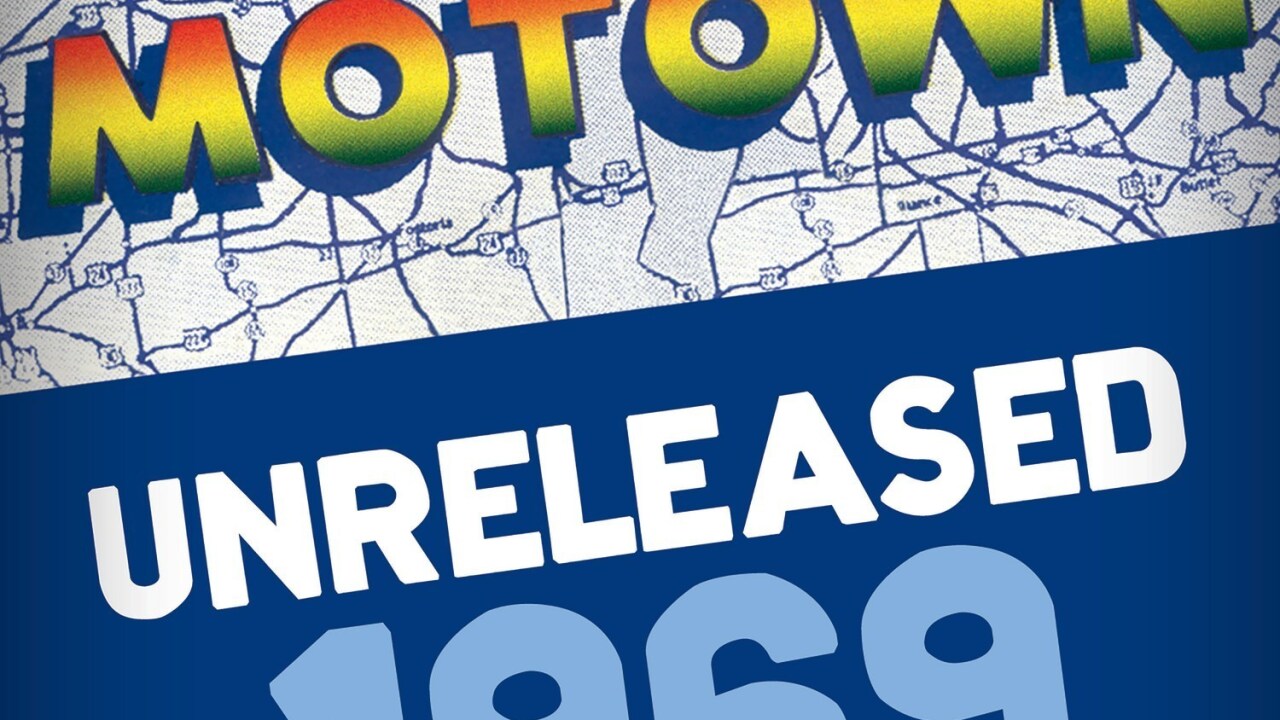 Hand-out/Motown/UMe
To celebrate the 60th anniversary of the celebrated label, Motown/UMe today released 'MOTOWN UNRELEASED: 1969,' a digital only collection that contains 60 previously unreleased studio recordings made during 1969 including songs by Diana Ross & the Supremes, The Temptations, Stevie Wonder, Marvin Gaye, Smokey Robinson & The Miracles, Gladys Knight & the Pips, and Jr. Walker & the All Stars and many more.

(WXYZ) — As Motown celebrates its 60th anniversary, a brand new album full of unreleased Motown songs is now available for download and streaming from 50 years ago.

"Motown Unreleased 1969" features 60 tracks that were part of the Motown vaults, and features Stevie Wonder, Diana Ross & the Supremes, The Temptations, Smokey Robin & the Miracles, Marvin Gaye, the Jackson 5 and more.

According to Motown, the collection includes many songs previously unavailable in any form, as well as unheard versions of favorite songs.

"Motown is clearly evolving at this time," said Harry Weinger, Vice President of A&R at Universal Music Enterprises, who oversaw the project. "There's an opening for writers and producers to experiment with the Motown sound but, for certain topics, or musical ideas, or even artists, the company isn't ready. Or, it's a simple case of having only so many slots for releases. So, until now, those songs went unreleased."

On top of the major acts, the album features lesser-known artists including the Volumes, Chris Clark, the Stylists and more.

To hear the collection on your streaming platform, click here.