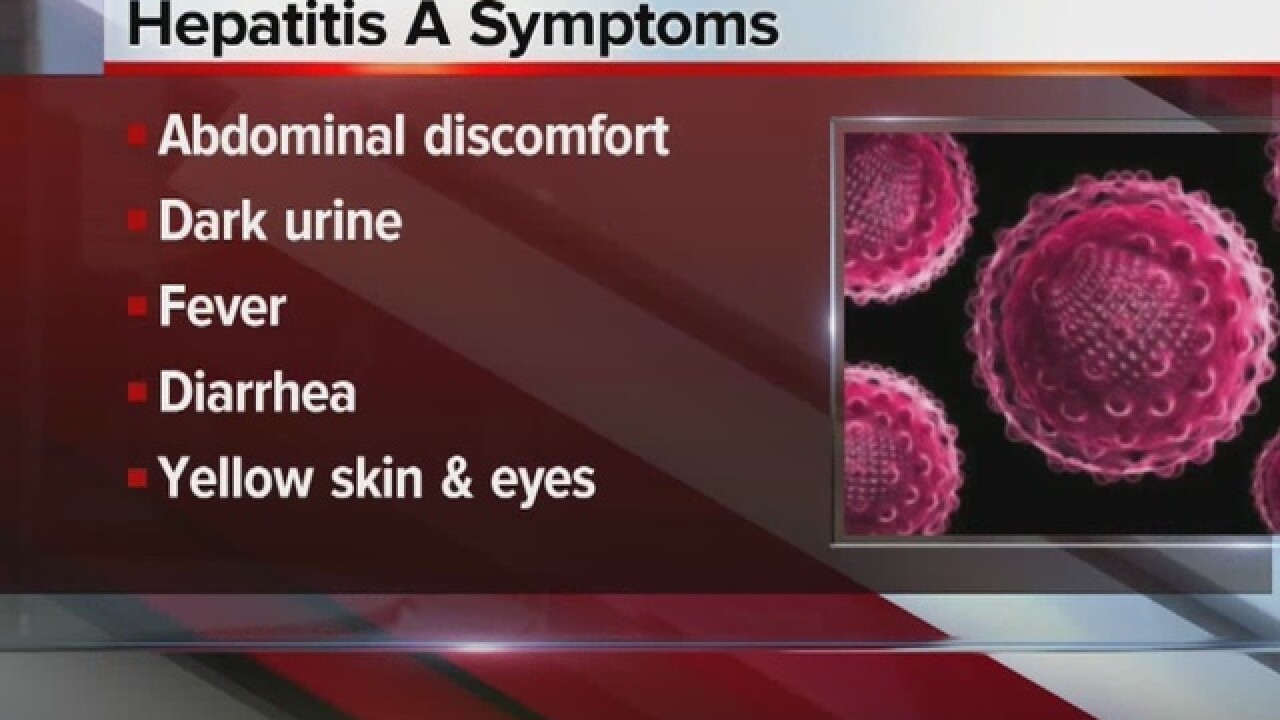 A hepatitis A outbreak has caused 10 deaths over the last year in metro Detroit and has Michigan health officials on alert and investigating.

According to the Michigan Department of Health and Human Services, there have been nearly 190 confirmed cases of hepatitis A in the city of Detroit, as well as Macomb, Oakland, Wayne and St. Clair counties. Those cases have come between Aug. 1, 2016 and June 26, 2017.

That represents an increase of nearly 10-times during the same time last year.

According to the MDHHS, the ages range from 21 to 86 years old, with the average age of 44 years old. 66 percent of the people with the confirmed cases are men, and 87 percent of people have been hospitalized.

The MDHHS said that it transition appears to be "person-to-person through illicit drug use, sexual activity, and close contact among household members."

About half of the case have a history of substance abuse and 20 percent are also infected with hepatitis C.

The MDHHS is asking anyone who is at-risk to get vaccinated. Those at risk include:

Anyone with hepatitis A is infectious for two weeks before getting symptoms.

The healthcare providers by the county are: